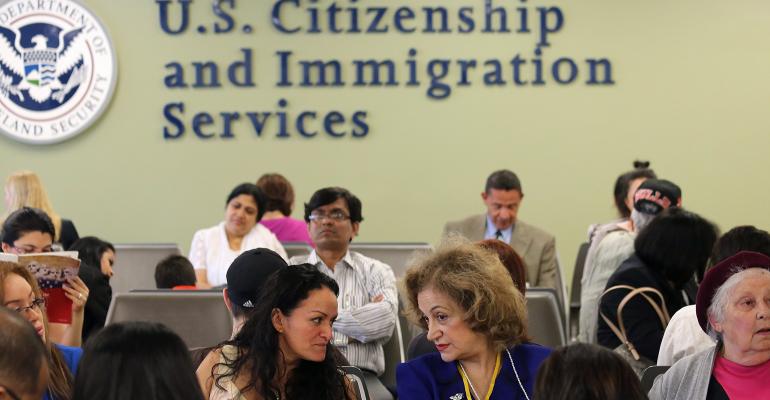 Decision highlights just how easy it is to become a &ldquo;covered expatriate&rdquo;

On Jan. 20, 2016, the U.S. Tax Court issued its ruling in Topsnik v. Commissioner,1 regarding the application of the expatriation regime to those relinquishing a permanent residence card (commonly referred to as the “green card”). The decision highlights just how easy it is to become a “covered expatriate” simply by failing to certify tax compliance for the five tax years preceding the year of expatriation.

Gerd Topsnik (Taxpayer), a German citizen and lawful permanent resident of the United States since 1977, sold stock in a U.S. company in 2004 and was still receiving monthly payments in 2010 pursuant to a promissory note executed in connection with the sale. On Nov. 20, 2010, the Taxpayer surrendered his green card and filed United States Citizenship and Immigration Services Form I-407, Record of Abandonment of Lawful Permanent Resident Status. The Taxpayer later filed a delinquent Internal Revenue Service Form 1040NR, U.S. Nonresident Alien Income Tax Return, claiming the installment sale proceeds received in 2010 were exempt from taxation pursuant to the U.S.-Germany Income Tax Treaty.

On examination, the IRS determined that Taxpayer: (a) was not a resident of Germany in 2010 and (b) was a “covered expatriate” when he surrendered his green card. Accordingly, the IRS concluded that the Taxpayer owed U.S. federal income tax on his 2010 income from the installment sale and that the Taxpayer’s remaining interest in the installment sale contract was subject to the exit tax imposed on all covered expatriates (including long-term permanent residents who cease to be residents of the United States).

First, the Tax Court found that the Taxpayer was not a resident of Germany in tax year 2010 and was therefore not eligible to invoke the U.S.-Germany Income Tax Treaty to exempt the installment contract payments from U.S. federal income tax. The Tax Court based this conclusion largely on evidence presented by the IRS from the German authorities.

Second, the Tax Court concluded that the Taxpayer was a “covered expatriate” for U.S. tax purposes because he failed to certify U.S. tax compliance for the five years before expatriation. The U.S. Department of Treasury is authorized to issue regulations, including specifying the required evidence of such compliance. No regulations had been issued, but the IRS had promulgated IRS Notice 2009-85, 2009-45 I.R.B. 598 (the Notice) requiring certification of compliance by filing IRS Form 8854. The Taxpayer failed to file IRS Form 8854.

Furthermore, the IRS had also provided evidence that the Taxpayer did not file all of his required U.S. federal income tax returns or pay all of the U.S. federal income taxes owed for the five years prior to his expatriation. Thus, the Tax Court concluded that the Taxpayer “could not have certified ... that he had been in tax compliance for the five years before expatriation” even if he had filed IRS Form 8854.

Increased exchange of information and double non-taxation. This appears to be a case of attempted double non-taxation. The Taxpayer claimed to be a resident in Germany and that he did not have to pay U.S. federal income tax pursuant to the U.S.-Germany Income Tax Treaty. However, a treaty request by the United States to the German tax authorities revealed that the Taxpayer was not a German tax resident and had not filed German tax returns. This is yet another reminder that the IRS can effectively obtain useful tax information from other countries using its vast network of income tax treaties and tax information exchange agreements.

Retroactivity v. Exit Tax Base. The Tax Court also rejected the Taxpayer’s argument that the exit tax should not apply to the promissory note because the installment sale was executed prior to the enactment of exit-tax legislation. The date when a covered expatriate acquires property is irrelevant to the application of the exit tax. Covered expatriates must mark to market all property (other than interests in certain trusts and deferred compensation and retirement accounts) they hold as of the date immediately prior to the date of expatriation. This includes property acquired prior to becoming a U.S. permanent resident or citizen!

This article was originally published in the March 2016 issue of the Baker & McKenzie Private Banking Newsletter.