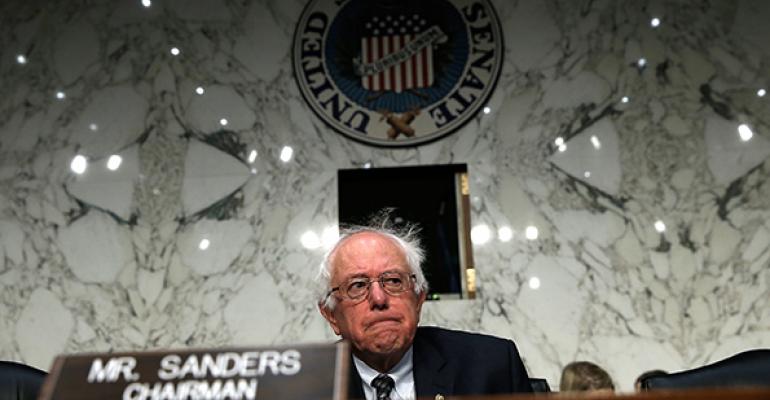 Sen. Bernie Sanders (I-Vt.), U.S. presidential candidate, just introduced legislation, the Responsible Estate Tax Act, which would reduce the estate tax exemption level and subject more estates to the so-called “Death Tax.” The new exemption level for individuals would be lowered from $5.43 million to $3 million. The bill would also establish a progressive tax rate on taxable estates replacing the currently effective flat 40 percent rate, topping out at a remarkable 55 percent rate on estates over $50 million. America’s richest are meant to take the biggest hit, as the bill also calls for a new billionaire surtax of 10 percent, raising the estate tax rate to an unprecedented 65 percent.

In furtherance of his efforts to tackle wealth inequality in America and encourage charitable giving, the Sanders bill would: (1) close estate tax loopholes that allow taxpayers to use various estate planning techniques, such as setting up grantor retained annuity trusts and dynasty trusts to avoid estate taxes and (2) eliminate the generation-skipping transfer tax exemption for certain trusts. The annual exclusion from the gift tax would also be reduced from $14,000 to $10,000 and subject to a cumulative limit if transferred in trust. Although Sanders has garnered his share of supporters, it’s still too early to speculate the fate of this tax reform plan.