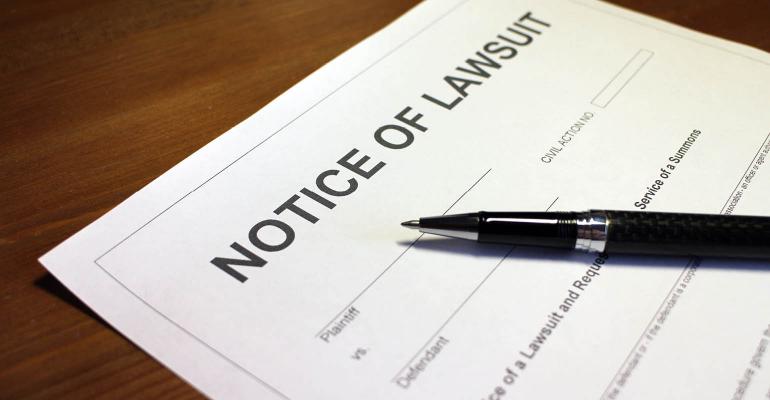 Provident Oklahoma Education Resources has sued the school for not renting the retail and parking spaces at the student housing complex.

(Bloomberg)—The owners of a struggling luxury dorm at the University of Oklahoma sued the college Monday for allegedly breaking a commitment to rent retail and parking spaces at a 1,230-bed complex at its flagship campus.

Provident Oklahoma Education Resources Inc., a non-profit that financed the $250 million project with municipal bonds, sued the university in state court, saying that if it had known the school would break its promise it never would have built the dorm, which includes a theater, a hair salon and a fitness center. Baton Rouge, Louisiana-based Provident is seeking more than $250 million in damages.

“Provident would not have agreed to construct the additional facilities unless it could be assured that the project would be financially viable,” the lawsuit said. “Moreover, bond investors would not have purchased the bonds without being assured of a revenue stream from the commercial space and parking facility sufficient to justify the cost of their construction.”

Colleges from Texas A&M to Kean University in New Jersey have tapped non-profits to finance student housing in an effort to hold down debt as they cope with declining state aid and pressure to limit tuition increases. The University of Oklahoma case highlights the risk of projects that rely on third-party support to ensure bondholders are repaid.

Kesha Keith, a university spokeswoman, had no immediate comment. The offering statement for the bonds makes clear numerous times that the bonds are not obligations of the university or the state and that the debt is backed solely by rents. The commercial and parking rents make up about a third of project revenue while student rent make up the rest.

The dorm at OU’s flagship campus in Norman, known as Cross Village, has struggled to attract students and in late July suffered another blow when the university notified Provident that it wouldn’t renew the annual leases. Cross Village had a 34% occupancy rate as of Oct. 1 and its tax-exempt bonds trade at about 56 cents on the dollar.

The project is suffering because the university doesn’t allow first-year students to live in the dorm, Provident said. The school also wanted suites without kitchens so students would eat at a university-run dining facility located in the dorm. However, upperclassmen overwhelmingly want in-unit kitchens, the lawsuit said. In addition, the university provided a flawed market study that didn’t include fraternity and sorority housing and another dorm traditionally occupied by upperclassmen that competes directly with the project, the lawsuit said.

The University of Oklahoma received $20 million from proceeds of the 2017 bond issue for the complex for a 50-year ground lease of the site. High ranking university officials, including its chief financial officer promised Provident it would rent the commercial and parking space every year over the life of the bonds, Provident alleged. The university also said it had obtained authorization to rent the space, which was later “exposed as patently inaccurate“ by the university’s Board of Regents, the lawsuit said.