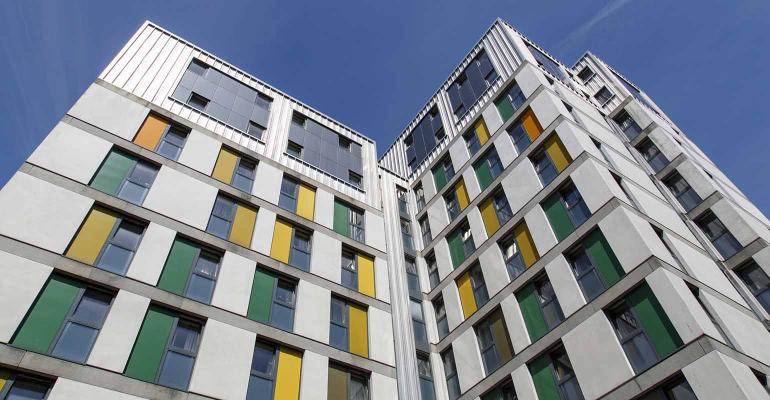 The price for the portfolio, with seven properties and 4,500 beds, is $725 million. Harrison Street is the buyer.

(Bloomberg)—KKR & Co. has sold seven US student-housing properties to Harrison Street, a deal that shows continued strength for the sector even as other residential and commercial real estate markets cool.

The price for the portfolio, with 4,500 beds, was $725 million, according to people with knowledge of the deal. Representatives for KKR and Harrison Street declined to comment.

US student housing deal volume jumped 121% in the first quarter from a year earlier to $2.4 billion, according to MSCI. Then in April, Blackstone Inc. agreed to pay $12.8 billion for American Campus Communities Inc., which says it’s the largest college-housing landlord with 111,900 beds. That transaction is scheduled to close in September.

Commercial real estate deals in general slowed in May after a record start to the year as rising interest rates and inflation led to a cooling of prices, according to MSCI.

Harrison Street is one of the largest US student-housing landlords, with a portfolio of 97,000 beds valued at $11.8 billion as of March 31. It has been an active trader, selling two portfolios in November valued at $1.9 billion.

KKR, the private equity giant with $479 billion in assets, has acquired 10,000 student-housing beds for $1.2 billion since 2016. It manages student housing through its portfolio firm, University Partners, which runs dorms mostly at growing public colleges.

To contact the author of this story: John Gittelsohn in Los Angeles at johngitt@bloomberg.net.