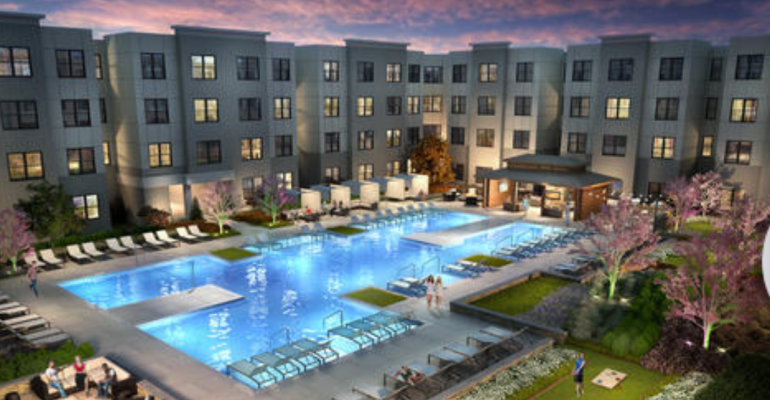 Despite high prices and worries about overbuilding in some markets, investors keep pouring money into student housing.

“We’ve had a record number of offers on our listings so far this year,” says Jaclyn Fitts is the director of CBRE's national student housing service. “We are definitely still seeing exuberance.”

Investors are likely to spend at least as much to buy student housing properties in 2018 as they did last year. The billions they spend on student housing this year may even match the peak year of 2016. Student housing is attractive in part because, even when the U.S. economy eventually slows down, demand for student housing typically increases in recessions as more people enroll at universities. In the meantime, student housing provides steady income and diversification for investor portfolios.

Billions of deals closed in the first half of 2018

“Sustained pursuit of the asset class has led to record transaction volume through the second quarter of 2018,” says ARA’s Lang.

The volume of deals is likely to be boosted this fall by the $4 billion purchase of REIT EdR by Greystar. But the real energy in the market for student housing is coming from smaller deals. “There are a lot less portfolio transactions compared to the last two years... There’s been a pick up in individual transactions,” says Fitts.

Also, the drop in foreign investment may be just a temporary pause. “The international capital that has bought properties has been focused on integrating their properties,” says Fitts.

“Now that yield has eroded and a lot of people are seeking student housing as an alternative investment and to have diversification in their investments,” says Fitts.