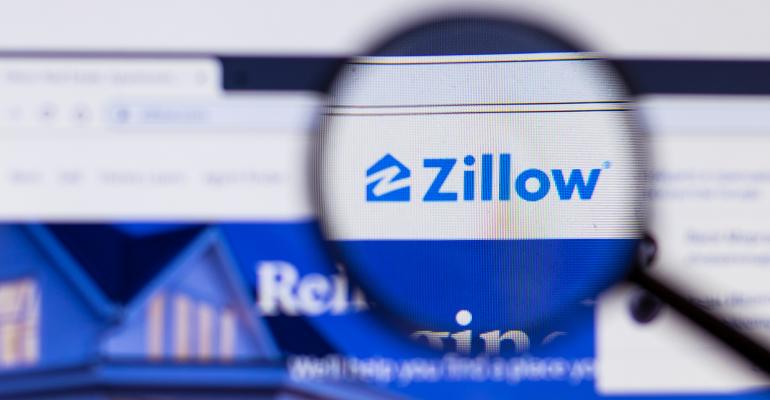 What Does Zillow’s iBuying Failure Mean for SFR Investors?

One of the notable trends of the past decade has been the rise of institutional single-family rental (SFR) operators, who have been buying up portfolios of single-family homes at discounted prices or, more recently, building new subdivisions from scratch, and renting them to middle-income Americans who can’t afford to buy. Over the past few years, these institutional buyers have been joined by a number of tech platforms that entered the home-flipping sphere on a massive scale, including Zillow, Opendoor and Offerpad.

But Zillow’s recent disastrous exit from its iBuying business, spurred by its overpaying for homes in a highly competitive market that the company couldn’t then quickly flip at a profit, opened the question of how much these platforms might be disrupting the single-family home market and what role they will ultimately play in the trend toward more institutionally-owned SFRs.

Zillow’s competitors, including Opendoor and Offerpad, as well as institutional buyers, mom-and-pop flippers and investors planning to turn properties into vacation rentals, will likely step in to replace it. In fact, Bloomberg reported that earlier this month, the company was actively pitching roughly 7,000 homes to institutional investors, at an estimated price tag of $2.8 billion.

As a result, there might be fewer affordable homes left for regular Americans looking to buy a home to live in if institutional investors gobble up Zillow’s market share instead of other iBuyers, since the institutional players, by and large, are acquiring homes to turn them into rentals and taking them off the market long-term. In contrast, iBuyers are returning homes to for-sale inventory after they’ve renovated and repaired them, though likely at higher price points.

Before Zillow’s meltdown, spurred on by its $1 billion in losses over the course of 3.5 years, the market share of national iBuyers rose to another all-time high, blowing past all previous records by a wide margin, according to Mike DelPrete, a real estate strategist who specializes in iBuying.

Zillow Offers, which offered sellers guaranteed prices, “as-is” purchases and fast closings, accounted for a significant percentage of the iBuying activity during the third quarter. The platform closed on 9,680 homes during that period, according to a company shareholder letter dated November 2, 2021. That’s more than it purchased in the previous 18 months combined.

Zillow ended the quarter with 9,790 homes in inventory and 8,172 homes under contract. The company attributed its exuberant purchasing activity to “higher-than-anticipated conversion rates”—meaning that more homeowners accepted its offers than the company expected.

Given that Zillow “unintentionally” purchased homes at higher prices than its competitors, according to the same shareholder letter, it’s not surprising that more homeowners decided to sell. The company recorded a $304 million write-down on inventory owned at the end of the third quarter due to overpaying for homes compared to current estimates of future selling prices.

In essence, Zillow failed to shift its pricing strategy as the housing market showed signs of cooling in early July. While Opendoor and Offerpad started to pay less for homes, Zillow continued to pay top dollar.

Zillow Founder and CEO Rich Barton said the company’s iBuying model was dependent on its ability to accurately forecast the prices of homes three to six months in the future. Early on, it publicly set target “guardrails” of +/- 200 basis points of breakeven economics.

But the company’s predictive analytics and advanced algorithms, developed by a team of data scientists, couldn’t account for the extraordinary events over the past 24 months. Among those events: the global pandemic and a supply-demand imbalance that “led to a rise in home prices at an unprecedented rate,” according to Zillow’s shareholder letter.

As a result, Zillow’s forecasts were off—by a lot. For example, Zillow Offers unit economics swung approximately 1,200 basis points from the second quarter to an expected -500 to -700 basis points in the fourth quarter of 2021, according to the company.

“iBuyers can get into trouble if they pay above market for too many houses in a cooling market,” DelPrete notes. “This results in a growing inventory of over-priced houses that are difficult to sell.”

But industry expert Adam Eldibany refutes Zillow’s claim that data science is to blame for Zillow’s failure. The founder and CEO of homebldr, a proptech company that builds tools for real estate brokerages to provide iBuyer services to clients, says that Zillow’s competitors don’t have the ability to accurately forecast six months into the future either. But Opendoor and Offerpad have achieved the operational efficiency that allows them to execute the full iBuying lifecycle in less than 100 days.

“Because of Zillow’s reckless buying, its pipeline was so full it was about to burst, and its operations team couldn’t handle it,” Eldibany says. “iBuyers can’t hold onto houses for a long period. If you do, the risk increases substantially.”

“Zillow’s situation is not an iBuyer problem,” he adds.

He expects that over the next several years, iBuying platforms will continue to grow their market share and compete against both institutional investors and homebuyers.

If iBuying continues to grow at a pace similar to the past several years, it could reach 5 percent market share by 2025 and 18 percent market share by 2030, Eldibany predicts. To put that in perspective, real estate investors (including iBuyers) accounted for 18.2 percent of all U.S. home sales during the third quarter—a record share, up from 16.1 percent in the second quarter and 11.2 percent a year earlier, according to real estate brokerage Redfin.

The Seattle-based firm, which defines an investor as any institution or business that purchases residential real estate, reported that investors bought a record 90,215 homes in the third quarter. That represents an increase of 10.1 percent from the prior quarter and a shocking 80.2 percent from a year earlier—the second-largest year-over-year gain on record. In dollar terms, investors bought a record $63.6 billion worth of homes in the third quarter, up from $58.8 billion in the second quarter and $35.7 billion a year earlier.

For example, Invitation Homes of America, one of the SFR sector’s biggest REITs, bought 1,082 homes in the third quarter of this year, at an average cost basis of $404,203. It sold 145 homes during the same period. That was up from 696 homes acquired during the first quarter. During its presentation at the June Nareit meeting, the company revealed it set a target of $1 billion in acquisitions, split 50/50 between acquisitions it would fund itself and those administered through its joint ventures. Invitation Homes also indicated it had a multi-channel approach to sourcing acquisitions, including using the iBuyer platforms.

However, according to Redfin, investors—iBuyers included—are buying fewer low-priced homes than ever before. Though lower-priced homes still comprise the bulk of investor purchases, their piece of the pie is shrinking. In fact, investor activity is closely split between low-, mid-, and high-priced homes.

“Housing prices have been surging so much that investors are willing to take on the risk of buying more expensive homes,” said Redfin Senior Economist Sheharyar Bokhari in a statement. “They’re confident they can still get decent returns. In some circumstances, they may be overpaying, given that home price growth has slowed.”

The price of the typical home that investors purchase is also increasing. At the end of the third quarter, it was $438,770—5.3 percent higher than a year earlier.

Indeed, single-family rentals may be the new first home for many Americans due to the low supply of homes and the increasing lack of affordability, particularly in the lower-tier price points.