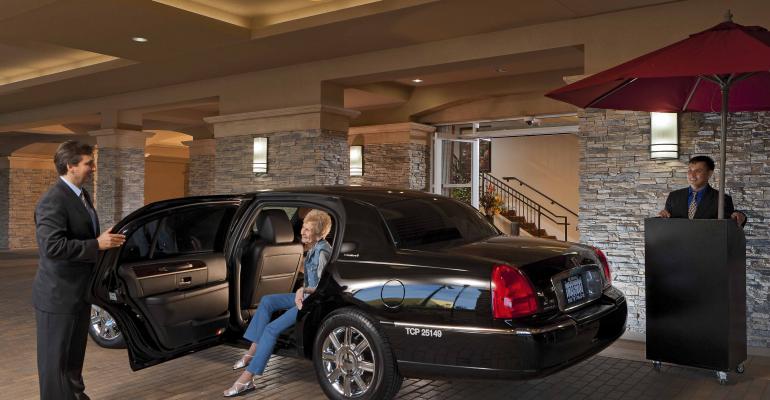 Which Product Types Will Be the Most Profitable in the Seniors Housing Sector?

Two product types will be the winners in the seniors housing race both in the short and the long term.

With all the talk about aging baby boomers and life-extending health care advances, it might be a bit bewildering deciding which seniors housing assets are best primed for success.

Lee Everett, managing consultant at research firm CoStar Portfolio Strategy, might be able to provide some clarity. Two product types—active adult communities and continuing care retirement communities (CCRCs)—will be the winners in the seniors housing race both in the short and the long term, Everett says.

Everett and his CoStar colleagues are bullish about active adult communities, which are age-restricted developments that offer an independent lifestyle and relatively maintenance-free housing. Growth in this segment is “just around the corner,” with more baby boomers getting older and seeking alternatives to traditional homes and apartments.

“We’re looking at a period where there’s going to be a lot of fast and explosive growth in active adult communities,” Everett says.

The amount of growth in active living communities will depend on how the projects are developed, says seniors housing consultant Andrew Carle, an adjunct professor at George Mason University. For instance, baby boomers aren’t inclined to live in a community anchored by a golf course. They do, however, feel comfortable in community settings, since many of them attended big high schools and colleges, and have worked at big corporations, Carle says.

“What we know about baby boomers—and I’m one, by the way—is we actually will congregate. We’ve never been alone; we’re probably the most social demographic in history,” Carle says.

One company capitalizing on that social aspect is apartment developer and manager Greystar.

“We found that active adults over 55 years old are looking to downsize, but also retain a peer community,” Joanne Broadway, managing director of real estate for Greystar, told the Zillow residential real estate website. “Their desire to connect and socialize is driving their decision for a new apartment home, which ultimately is based on choice versus needs.”

As for CCRCs, also known as “life plan” communities, Everett and others at CoStar expect less explosive growth. By definition, CCRCs feature a continuum of care, including independent living, assisted living and skilled nursing. Everett anticipates a continuing consolidation of those functions, which today are often housed in stand-alone facilities, into CCRCs.

CCRCs represent a longer-term play in seniors housing, he notes. These communities will “become more en vogue as the senior population continues to age over the next 20, 25, 30 years.”

Andrew Nesi, executive vice president and a member of the seniors living finance team at HJ Sims, an underwriter of tax-exempt bonds, says he and his colleagues have a “very positive” outlook for CCRCs. Among the biggest developers of CCRCs are Greenbrier, Greystone and Life Care Services; non-profits operate about 80 percent of these communities.

“We think the market is mature. We think that it’s well-received by the investment community. We think as an asset class it has performed better than other real estate asset classes through the recession,” Nesi says.

CCRCs are a “wonderful model” in seniors housing because of the high retention rate of residents as they move from one care level to the next, says Joshua Jandris, senior managing director of investments for the national seniors housing group at brokerage firm Marcus & Millichap.

As an alternative to CCRCs, Jandris anticipates new independent living properties popping up over the next five to 10 years, as a lot of the current facilities date back two decades or more.

In the second quarter of this year, the occupancy level at CCRCs was 90.9 percent, according to the National Investment Center for Seniors Housing & Care (NIC).

Occupants of CCRCs need to have deep pockets, however. Under the “entrance fee” model, the average amount that had to be paid upfront in the second quarter of this year was $320,000, NIC data shows. Meanwhile, the average second-quarter rent for the independent living portion of CCRCs was $3,266 a month.

For developers, two of the drawbacks to CCRCs are the amount of development capital required—$5 million to $10 million or more—and the typical five- to seven-year path from concept to construction, Nesi says.

However, not all activity in the CCRC market revolves around brand-new properties. Many existing CCRCs were built decades ago, experts say, and some of those properties are now being updated or expanded to compete with modern facilities.

Another wrinkle in the CCRC market is that while a lot of existing properties were built in far-flung suburbs, newer properties are going up in inner-ring suburbs or around urban cores, Everett says. That’s because seniors don’t want to be “separated from the rest of the world.” Instead, they want access to city-style amenities and a generational mix of residents, says Carle, the senior housing consultant.

One of the most appealing types of CCRC—but an extremely complicated one to execute—is what’s called a university-based retirement community (UBRC), Carle notes. Generally speaking, UBRCs are school-affiliated communities that sit on school-owned land or near a university campus. These properties target university alumni as residents.

If you’re a developer who’s got the patience to tangle with a university bureaucracy and enough money to plunk down on the project, you can pull off a UBRC that “will be the single first choice in that market for the next 50 years,” Carle says. “And everybody else will be fighting for second place.”

Another take on CCRCs that is also gaining ground involves the mini-CCRC, according to Jandris. Some developers are building stand-alone independent living centers on the same campuses as stand-alone assisted living/memory care combos, but are subtracting the skilled nursing component. While acknowledging that skilled nursing is a “wild card” for CCRCs, given the trickiness in executing that component, Lisa McCracken, senior vice president of seniors living research and development at investment bank Ziegler, says the CCRC overall is “a very solid, strong product.”

“We don’t see the [CCRC] model as dead. It’s lasted for many years, and … it’s a very popular model among a certain segment of older adults,” McCracken notes.