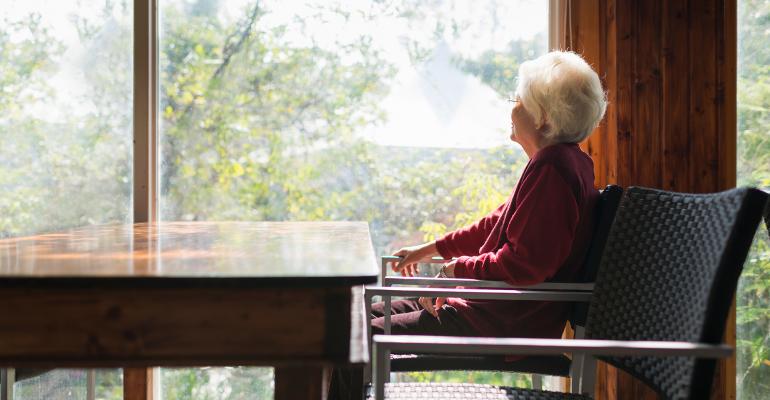 Occupancies should rise at independent living and assisted living facilities in 2021, which should help drive investment sales volumes higher.

Seniors housing investors are opening their wallets to buy properties, including independent living, assisted living and memory care facilities… when they can find a property to buy.

“Once we got the vaccine approved, the appetite of investors for seniors housing increased dramatically—and once the vaccine began to be distributed, their appetite increased even more,” says Chad Lavender, co-head and vice chairman for the Healthcare and Alternative Real Estate Assets platform at Newmark, working in the firm’s Dallas offices. Recent data has shown that COVID-19 cases at nursing homes have fallen dramatically since vaccines started to be administered.

Independent living and assisted living communities suffered during the coronavirus pandemic. Restrictions meant to protect residents from infection made it difficult to rent beds and many seniors who might have moved in during a normal year stayed away. That cut into the income properties produce and the amount that potential investors were willing to pay.

Experts think more seniors are likely to move into these communities in 2021, filling empty beds. That is motivating investors like private equity fund AEW Capital and many others to spend millions in 2021 to buy properties.

"The senior housing transaction market has thawed out in recent months and as a result we have seen several billion dollars of trades that support the notion that asset values are only marginally lower (less than 5 percent) than where they were pre-COVID," says Lukas Hartwich, managing director and head of the Senior Housing Sector for Green Street.

Investors buy whatever is available

“There is still not a lot trading in the market,” says William F. Kauffman V, senior principal for the National Investment Center for Seniors Housing & Care (NIC), based in Washington, D.C. “Many operators wanting to sell have been holding on, hoping for higher prices.”

Even the slow trading in the fourth quarter was still significantly busier than the second quarter of 2020, when the U.S. economy largely ground to a halt as state governments ordered many businesses to shut their doors to slow the spread of the coronavirus. Back then, investors spent just $628 million to buy seniors housing properties, less that a quarter (24.8 percent) of their activity in the same period the year before, according to NIC and Real Capital.

“The market has definitely picked up,” says Newmark’s Lavender.

The pandemic has made it much more difficult to operate seniors housing. Just 83.5 percent of beds at independent living seniors housing properties were occupied in the fourth quarter of 2020, according to NIC MAP Data Service. That’s down from 89.8 percent the year before.

"The level of distress has been lower than what investors expected at the beginning of the Covid pandemic, and distressed opportunities are unlikely to emerge in a big way," says Hartwich.

The growing number of empty beds at seniors housing properties has eaten into the income these properties produce—and the prices that investors are willing to pay.

These prices are high relative to the income produced by the properties. “Cash flows are down across the industry so obviously cap rates are down,” says Lavender. Current prices work out to an internal rate of return of 10 percent to 12 percent for most buyers, he says.

Very few owners of seniors housing are willing to sell of those prices. Even if buyers were willing to pay more—hoping for a fast recovery in 2021—lenders are unlikely to underwrite a loan based on optimistic projections, if they are willing to lend at all.

“There are still lenders being very conservative,” says Kauffman.

The leasing offices at many seniors housing properties are already getting more calls from potential new residents.

“We have seen an uptick on leads and tours, anecdotally,” says Lavender.  “We expect occupancy rates to increase in the third and fourth quarter—and hopefully in the second quarter—and by a substantial amount… a couple of percentage points.”

Demand for seniors housing should increase even more this spring as government officials reduce restrictions meant to protect seniors from the coronavirus. “In most states you could not tour a property in person.” That made it especially difficult to lease seniors housing beds. Seniors normally tour a seniors housing community an average of five times before they move in, according to Lavender.

“The bounce back might happen in assisted living properties rather than independent living,” says Kauffman.

Many seniors who move into independent living communities relatively young, in their early 80s on average, and are not generally forced to move because of health reasons.

However, these younger seniors are likely to want and need the company and activities provided by independent living, especially after suffering through months of quarantine, says Lavender. Even before the coronavirus, more than half (60 percent) of the people who moved into independent living communities had lost a spouse. “They come to make friends and have a good time,” says Lavender.

For that same reason—human company—age-restricted “active adult” communities performed extremely well during the pandemic. These properties are often built for younger seniors over 55, offering fewer services. They were able to operate with fewer restrictions during the crisis. “We have seen those properties gain occupancy through the pandemic,” says Lavender.