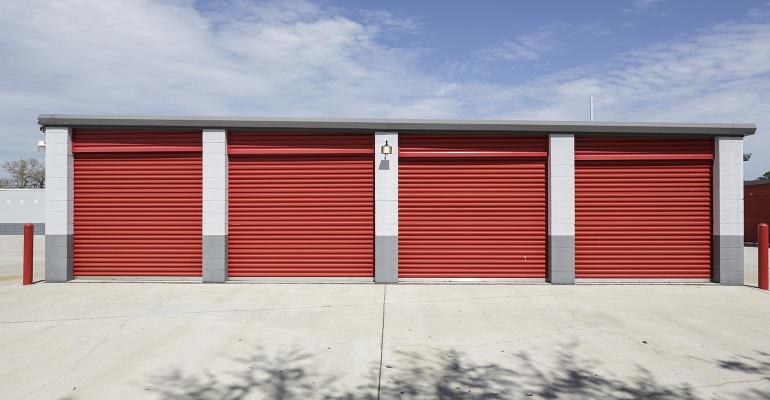 High Interest Rates Are Slowing Down Self Storage Dealmakers

Despite record-high rents and strong demand for self-storage units, higher interest rates and debt costs have contributed to a slowdown in investment sales activity in the sector.

Fewer deals are getting done to buy self-storage properties. Fewer owners are offering their properties up for sale and fewer potential buyers are bidding. The main culprit for the slowdown? Higher interest rates.

One reason is because most potential self-storage investors rely on loans to leverage when making purchases in the sector. As interest rates jumped higher, that has cut into the yield on their potential investments. So, even though the income from self-storage properties is as high as it has ever been, and self-storage properties seem likely to keep performing well in the future, deals are harder to get done, as buyers and sellers work out new market cap rates.

“Values are down slightly relative to March but still meaningfully higher compared to 24 months ago,” says Steve Mellon, managing director of capital markets for JLL, working in the firm's Houston offices. “That’s a direct response to an uptick in costs of capital. Higher yields are needed to get to the same levered total returns.”

“Self-Storage continues to outperform due to additional demand fueled by the pandemic,” says Doug Ressler, manager of business intelligence for Yardi Matrix.

“We had 20 percent to 25 percent rent growth,” say Noah Mehrkam, CEO of Self Storage Plus. Since then, street rents have risen more moderately. “Now we have 'normalized' down to the mid-teens.” Nationwide, average street rents grew 2.1 percent in July 2022 compared to the year before.

High rents at self-storage properties are unlikely to be undercut, on average, by competition from hastily-built new properties. The amount of new supply delivered across the nation in 2022 will be equal to 3.2 percent of the existing inventory and annual deliveries will moderate to 2.5 percent of total stock by 2027, according to the latest forecast from Yardi.

"As construction loans have become more expensive and construction costs have increased, we have seen a slowdown of new development," says Scott Schoettlin, managing director of Skyview Advisors.

“Coupling the attractiveness of short lease periods with its history of relatively strong operating fundamentals during periods of economic slowdown, self storage continues to attract new capital,” says Skyview’s Schoettlin. “We expect that trend to continue.”

In a high-profile deal announced this week, Extra Space Storage Inc., a self-storage REIT and management company, acquired Storage Express, including 107 remote-managed properties in Illinois, Indiana, Kentucky and Ohio. In addition, Storage Express Founder and Owner Jefferson Shreve has been appointed to the REIT’s board of directors. Total consideration for the purchase was approximately $590 million.

High interest rates stop many deals from getting done

So far, investors are still interested in storage properties, even if financing those properties is becoming more expensive, according to a recent investor sentiment survey from Marcus & Millichap.

“Interest rate increases have not changed self-storage investor’s position on buying or selling,” Stephen Weinstock, national director of the self-storage division for Marcus & Millichap. “While self-storage remains attractive given its ‘recession-resistant' qualities, investors shared that a significant increase in interest rates, such as 150 basis points or more, might influence their decision to continue to add self-storage to their portfolios.”

The Federal Reserve has pushed interest rates higher to fight inflation. Their efforts have certainly slowed the growth in prices for self-storage properties. Potential buyers have trimmed a few basis points from the cap rates they are willing to accept and there are fewer buyers in the market to buy properties, according to the experts interviewed for this story.

“Instead of 20 offers for a property there are now seven,” says Anthony Piscitelli, senior vice president of investments at Arcland, based in Washington, D.C. However, cap rates are still very strong—not far from their lowest lows. “The equity community is still trying to find ways into our sector it still preservers our cap rates.”

Potential buyers are also more selective about what properties they bid on.

“Fully-stabilized properties in top metropolitan statistical areas continue to draw strong interest,” says Skyview’s Schoettlin. “Secondary and tertiary market deals, early lease up, and ‘certificate of occupancy’ deals are still seeing interest but typically have fewer bidders than what we saw at the peak.”

Sellers are less willing to offer properties for sale. “There is less volume because sellers are not as confident that they can get the price they want,” says Piscitelli. “Clearly this is not a great time to sell.”

However, many investors are still eager to put their money into self storage. “Once there is clarity with interest rates, we expect numerous bidders to be active," says Self Storage Plus' Mehrkam.