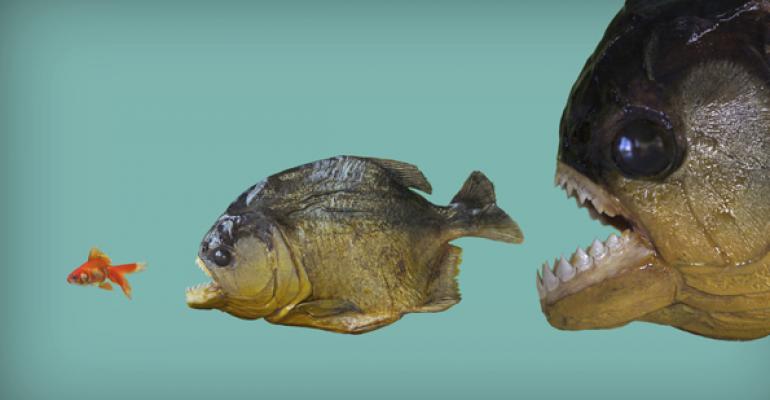 So far this year, merger and acquisition activity in the registered investment advisor space has hit record levels, and the average size of deals are bigger than ever, according to new data by DeVoe & Company.

“2015 is shaping up to be the year of the mega-deals for this industry, and that’s related to well-financed large acquirers being interested in the space,” DeVoe said.

The first half of this year saw a total of 61 transactions, up 84 percent from the same period in 2014, according to DeVoe, which tracks all RIA transactions with over $100 million in assets.

RIA firms and consolidators—defined as an organization whose business model is predicated on making RIA acquisitions—have dominated M&A over the last couple years. But lately private equity firms and banks are again buying RIA firms. Banks accounted for 10 percent of the deals in the first half of this year, up from 5 percent in 2014, while other acquirers—which includes private equity and trust companies—accounted for 17 percent of deals this year, up from none last year.

And thd deal activity is likely going to be driven by demographics of firm owners, which are nearing retirement, DeVoe said.

“The activity to date has not been primarily driven by succession planning and exits from the industry, but my logic for that steady acceleration of M&A in this industry for the next five to seven years is based on the fact that we need to have so many more acquisitions just to clear the industry of all the folks that are going to retire.” 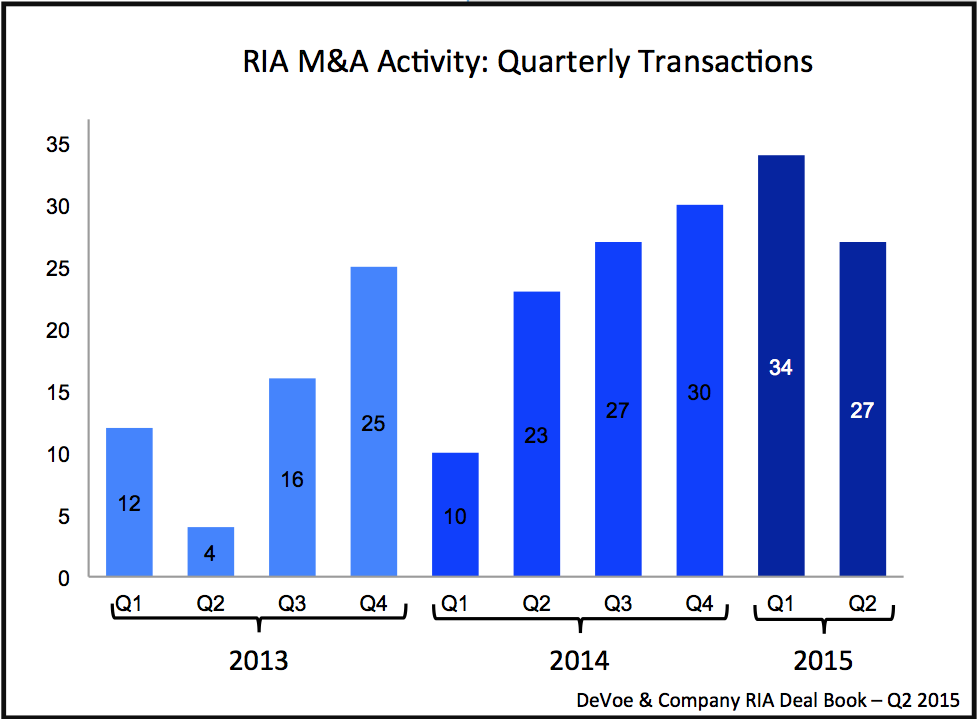