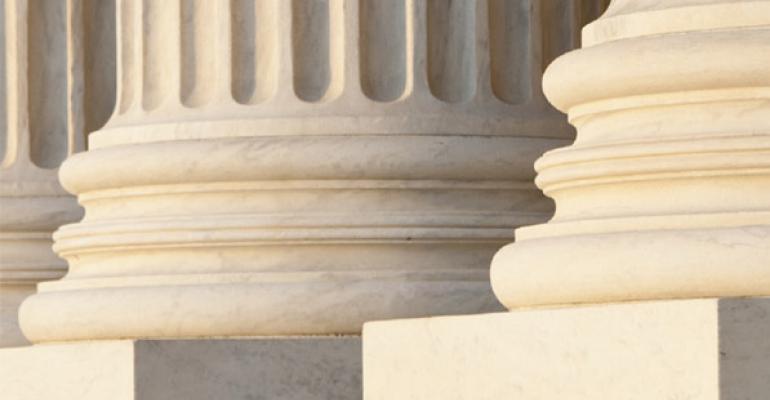 In a 2014 case,1 the U.S. Tax Court ruled that in some instances a trust can “materially participate” in a trade or business, thus avoiding the “passive activity loss rules” which generally apply to certain investment activities.

In 1979, Frank Aragona formed a trust with himself as the grantor and initial trustee, and his five children as beneficiaries.

When Frank died in 1981, he was succeeded by six trustees: his five children and one independent trustee.

The trust was the sole owner of an LLC consisting of rental real estate properties. As a result, the LLC was a disregarded entity for income tax purposes. Three of the children worked full time for the LLC.

For the tax years in question, the trust took the position that because the trustees met often about trust business and three of them worked full time in the real estate operations, the trust was entitled to treat certain losses as ordinary and also carry those back to previous tax years.

Passive activity income presents two general issues. The first, encountered by the Aragona family, is that in general, the passive activity loss rules limit the amount of losses you can report on your income tax returns.

Additionally, and of more recent interest, is the 3.8% Net Investment Income Tax (NIIT) that high income and high net worth clients are subject to as a result of their passive activity income.

This tax hits trusts particularly hard. A non-grantor trust with more than $12,300 in taxable income will find itself in the 39.6% bracket. Any undistributed net investment income will be subject to that additional 3.8% NIIT.

This ruling opens the door for certain taxpayers to have the advantages that trust ownership and active participation in the business provide.

For the near future, anyone wanting to take advantage of this ruling would be wise to hew closely to the facts of this case and the particular holding of the tax court:

Many unanswered questions remain. For instance: How does this apply to minority interests in business entities or non real estate activities?

There is some indication that the U.S. Treasury Department is considering further guidance on the subject of material participation for trusts and estates.

As further guidance is provided, the contours of this valuable planning technique will be further revealed.