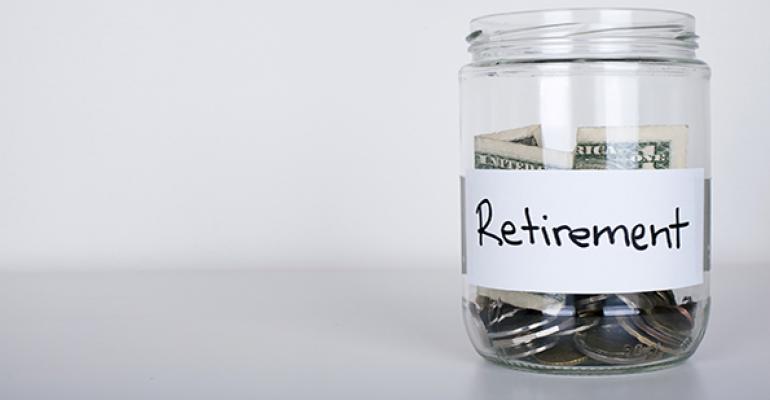 Workers Save More for Retirement When Nudged by Employers

Workers who get "nudged" to save more actually do save more, the ultra-rich prefer multifamily offices, and Burger King is offering a cryptocurrency in Russia.

Employers can have an effect on the savings and retirement rates of their employees more than offering 401(k) savings plans. A working paper by the National Bureau of Economic Research found that even though companies leave retirement savings plans to firms like Prudential and Vanguard, it is important for them to remind workers to periodically reassess their retirement security and savings rates. The study focused on an experiment in North Carolina's Retirement Division. It found that email "nudges" to older public employees made them more likely to change their contributions, increasing them at a rate of 2.8 percent in the short term, compared with 1.8 percent for those who did not receive emails. "Encouraging workers to be prepared for retirement is certainly in a company's interest," said Robert Clark, a professor of economics and management at North Carolina State University and one of the study's authors. "An employer obviously wants satisfied workers as well as satisfied retirees." Ultra-high-net-worth investors prefer multifamily offices over wealth management or other investment and financial-planning firms, according to a study by John Bowen, founder of CEG Advantage. The study found that three-quarters of ultra-wealthy investors prefer to work with multifamily offices, compared with 15 percent who like wealth management firms and less than 10 percent who prefer investment advisors. The reasoning is the responsiveness and holistic approach that multifamily offices take, Bowen says. "About three-quarters of them prefer to work with a firm that delivers more than financial services and products. Well-run multifamily offices will often also deal with administrative and lifestyle matters on behalf of their clients.” In fact, 85 percent of them would establish a single-family office if they could afford to do so, Forbes reports. Burger King, the Florida fast-food chain founded in 1954, has launched its own digital currency in Russia called WhopperCoin. Unlike other digital currencies, such as bitcoin, it can't be mined. Instead, Burger King customers in Russia will be able to claim one coin for every ruble they spend on the chain's iconic sandwich. Once they collect 1,700 WhopperCoins, they can turn them in for another Whopper sandwich, the company said. The chain partnered with the tech firm Waves to create and run its digital currency. But how popular is it? Customers have already generated 1 billion WhopperCoins, Burger King said.