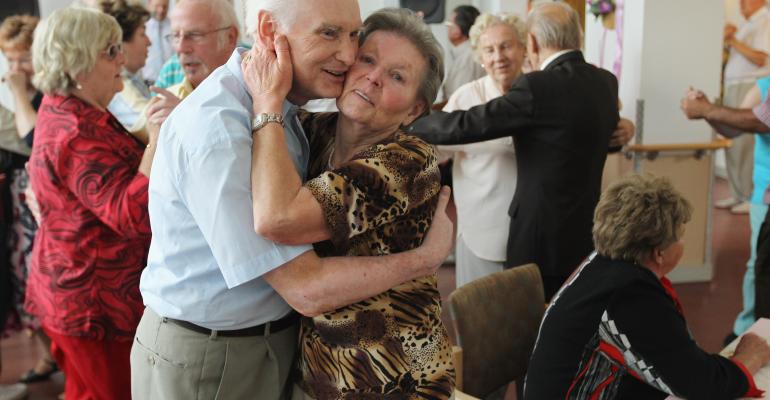 Conventional wisdom suggests the best retirement plans carry no debt. But advisors need to take a more sophisticated view and put a premium on debt-enhanced liquidity

“Neither a borrower nor a lender be,” Shakespeare’s Polonius advised his son in Hamlet.

Anderson, a wealth manager at Morgan Stanley, is the author of The Value of Debt in Retirement (Wiley) and challenges the conventional wisdom that the best retirement plans shed as much debt as possible - of any kind. Instead, he argues that financial advisers need to adopt a more sophisticated view of client debt, taking advantage of low-cost borrowing opportunities to boost liquidity and wealth.

Debate about debt and retirement couldn’t be more timely. The percentage of older households carrying debt has been running higher than historical levels ever since the Great Recession of 2008-2009, driven mainly by higher mortgage debt. The percentage of homeowners over age 65 with a mortgage rose from 22 percent to 30 percent from 2001 to 2011, according to the federal Consumer Financial Protection Bureau. Even student debt is on the rise among retirees. A recent U.S. Government Accountability Office study found that 706,000 households headed by those aged 65 or older have outstanding student loans. That’s just 3 percent of all households, but the debt they hold has ballooned from $2.8 billion in 2005 to about $18.2 billion last year. Some 27 percent of those loans are in default.

For lower-income households, mortgage debt increases foreclosure risk. And for affluent households, some advisers argue that holding and investing in liquid assets rather than paying down debt doesn’t make sense, especially if the investments are in bonds or other interest-bearing vehicles that return less than after-tax loan interest.

Getting rid of debt also has psychological benefits. The Employee Benefit Research Institute’s annual Retirement Confidence Survey has consistently found high correlation of worry about the affordability of retirement with higher debt.

Anderson acknowledges some of those points. But he argues that advisers need to differentiate between different types of debt, and take a more sophisticated view of the overall client balance sheet - paying particular attention to the issue of liquidity. “Just saying that ‘all debt in retirement is bad’ is not thoughtful, and it’s not the way a CFO thinks,” he says.

Anderson breaks debt into three categories; here they are in worst-to-best order:

The Key is Liquidity

The key strategic goal is liquidity, Anderson argues. “So many people are rushing to pay off their houses and putting money into retirement plans - and the liquidity trade-off for that is stunning.” So, he recommends starting with an assessment of the clients’ need to draw income from their portfolios in retirement, and balancing that against debt.

“If a client has a $500,000 portfolio and only needs to draw three percent or less - say she has a great pension or high Social Security benefits - then you might be in a great position to pay off debt. But if I need five percent or more, then rushing to pay off an inexpensive mortgage with that limited resource is going to be mathematically challenging.”

Anderson thinks liquidity has a value worth paying a little something for - even if it needs to sit in a very conservative investment like a certificate of deposit or money market.

“Let’s say I keep $100,000 in the bank, that’s paying me zero, and had the same amount of mortgage debt with after-tax cost of two percent, then I’m paying $2,000 for the privilege of that liquidity - and $100,000 can get you through a lot of storms in your life.” Likewise, if that $100,000 pays a little something, so much the better. “If i’m earning two percent and paying two percent I’m actually winning because I have that liquidity.”

I asked Anderson if his ideas about debt should be applied differently for clients with varying levels of affluence. “It’s always a function of the client’s needs,” he replied. “You’ll always have one group that is absolutely on track for retirement - either they have lots of assets, or a conservative lifestyle or an awesome pension - so they’re not really worried about debt. There’s another group that is not at all on track - and a group in the middle that needs things to go right for them. And that group transcends the wealth spectrum.

“You might have someone with $5 million but is spending $300,000 a year after taxes - that client needs a lot to go right, because it’s a six percent distribution.”

Translation: a larger (debt-supplemented) portfolio can achieve retirement income goals without reaching for riskier, higher rates of return. The trade off, of course, is that you’re borrowing against the value of an inherently volatile asset, so Anderson advises limiting borrowing to no more than 50 percent of an available credit line - $75,000 on a $300,000 portfolio. He also acknowledges that asset-based borrowing should be done only with the help of an adviser.

A Lot Can Go Wrong

“I don’t want people to read this book, go out and remortgage their homes and leverage up to invest in the S&P when it’s trading at all time highs. And a lot can go wrong.”

For advisers, psychological hurdles with clients can loom large, he adds. “The feeling that all debt is bad transcends all countries and cultures - so it’s difficult for people. And advisors also have a tendency to think this way. That makes sense to me if a client is in a position where she can afford to pay off debt and still have enough resources to meet their needs. I suspect that will apply to a third of clients - the other two-thirds need all the tools and resources possible to be on track for retirement.”