Retirement Solutions With Annuities
brought to you by 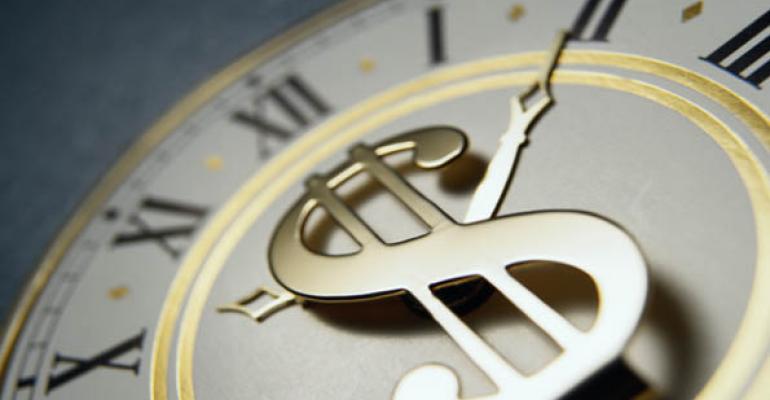 On September 8, the Internal Revenue Service issued final rules governing the calculation of partial annuity payouts from defined benefit (DB) plans. The regulations, which were first proposed in 2012, took effect on Sept. 9, 2016, for distributions with annuity starting dates in plan years beginning on or after Jan. 1, 2017.

The final regulations provide clarity to plans that already offer a partial annuity option. The regulations also could potentially motivate DB plan sponsors who currently offer participants an either-or option—full annuity or full lump sum—to amend their plans to allow for a blended payout. While industry sources agree that could happen, they maintain that the regulations’ value are primarily clarification and that wholesale DB plan changes are less likely.

The new rules provide clarification and simplification on how plans can handle partial annuities, says Monica Gajdel, FSA, partner with Aon Hewitt in Lincolnshire, Illinois. They also include detailed examples of the allowed methods for calculating bifurcated payouts that combine an annuity and lump sum distribution. Some cases used for illustration are complex, but the formula for the first and most common allowed method is straightforward. “Whatever percentage of your benefit is paid as a lump sum, calculate that and, then, whatever is left over is paid as the accrued benefit,” Gajdel explains.

The IRS was “generous” in terms of providing retroactive application of the new rules, Gajdel notes. If a plan sponsor had been splitting benefits with a complicated method because they believed that was what the IRS wanted, they can adopt one of the simpler bifurcation methods by the end of 2017, provided they change the plan appropriately.

So will the IRS ruling encourage DB plans to bifurcate their benefits? Sources interviewed for this article were doubtful. “It’s not clear to me that there will be a rush to the door for employers to adopt partial annuitization,” says Will Clark-Shim, FSA, principal and consulting actuary with Milliman in Portland, Oregon. He adds, however, that “it does seem like a worthwhile conversation for consultants to consider having with their clients if they think their clients might be interested.”

Clark-Shim notes that in recent years numerous sponsors have worked to trim or de-risk their DB pension plans. That strategy has often included offering vested participants lump sums to essentially get them off the plan’s books. He cites two primary motivations for such action. Removing participants eliminates the cost of paying the annual Pension Benefit Guaranty Corp. premium for their accounts. It also eliminates what Clark-Shim describes as a long-tail liability. He gives the example of a 40-year-old employee who would start collecting at age 65. “That’s 25 years of no payments and then after that perhaps another 20 years or so of payments,” he says. “That’s a very long-dated liability and being able to get that off your books now is potentially attractive to a number of plan sponsors.”

Employees also often prefer lump sums, says Erica Harper, ASA with Harper Danesh in Rochester, New York. An estimated 45 percent to 65 percent of eligible DB participants take the lump sum when it’s offered, and it’s difficult to project how many would choose a bifurcated benefit if it were available.

“From the employee standpoint, they’re (lump sums) also attractive,” she says. “I think employees like the idea of taking ownership of all of their retirement benefits now and not waiting around, and sometimes there are other reasons for wanting or needing cash sooner than later. So, I think from both ends, the employer and employee, the idea of the lump sum distributions has been pretty appealing over the last couple of years.”

Partial annuities might be better placed plans that provide large benefits, such as those covering professional groups, says Clark-Shim. In plans where the median DB distribution is a small amount, bifurcating it won’t have much impact on retirees’ finances. “Whereas, for some professional plans, sometimes you’ll have annuities that are several thousand dollars a month,” he says. “That’s a considerable present value and slicing up that into two portions feels intuitively like it might be more of a meaningful exercise than a benefit a tenth of that size.”

For proponents of lifetime income options, the ruling is a step in the right direction. Ted Goldman, FSA, senior pension fellow with American Academy of Actuaries in Washington, D.C., describes the situation as a three-party effort. He uses an analogy of the government opening the door; now it’s up to employees to knock on it by expressing interest in partial annuitization to their employers. “Whether employers will scamper to this and we’ll see a flurry, it remains to be seen,” he says. “I think that would be a good thing, but I think it’s going to take more than just saying now you can do it.”