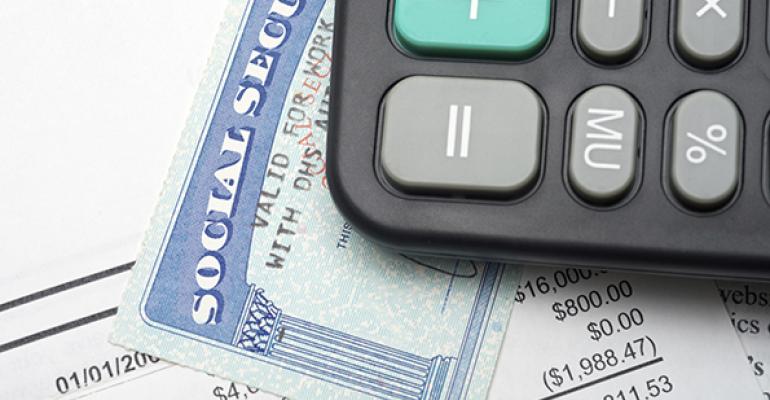 What benefits are and aren&rsquo;t now available to your clients

Major changes have just come to Social Security, particularly to the claiming strategies many people have been talking about for the past few years.  These changes came as a complete surprise to the entire industry, but they also create an opportunity to talk to your clients about what they can do.

On Nov. 2, President Obama signed a new budget bill that included restrictions on the file and suspend and spousal only strategies.  This bill became law with no public hearings, nor was any specific Social Security legislation ever introduced.  It was merely swept in as part of the big picture budget agreement.

The idea was to close some “unintended loopholes” under the old law.  These are things that have been on the books for the past 15 years.  How much difference will it make?  According to The Wall Street Journal (Oct. 28,2015), the Social Security Administration estimates that these rules changes will save less than 1 percent of the projected Social Security funding deficit.

Here’s what you need to know:

File and Suspend: Changed, But Not Eliminated

Note that file and suspend isn’t being eliminated, but after April 30, 2016, it can no longer be used to trigger a spousal benefit or child’s benefit.  This deadline is one critical reason why you may want to contact your clients right away.  The clock is ticking.

You might have heard that file and suspend was eliminated completely by the new law and that anyone collecting a spousal benefit resulting from a file and suspend would lose it.  Some of the initial reports indicated that this was the case, but it wasn’t intended to be that way.  So the budget deal has already been revised to grandfather anyone already using this strategy or anyone who elects to do so in the next six months.

Spousal only allows someone who’s already at FRA (who hasn’t previously filed) to collect a benefit based only on their spouse’s work record, without affecting their own.  In other words, someone age 66 could collect half of his spouse’s benefit until age 70 and then switch to his own maxed out benefit.  The new rules state that spousal only will only be available to people turning 62 by Dec. 31, 2015.

So spousal only will no longer be available to anyone born in 1954 or later.  Note that the phase-in on this change is longer than the new file and suspend rule.  Remember that your client can’t actually take advantage of spousal only until he reaches FRA.   If your client is   old enough, he can do it as soon as he turns 66.  As a practical matter, this needs to be done by Dec. 31, 2019 or shortly thereafter.  That’s the day the youngest eligible individuals will reach age FRA.

The combination strategy will become unavailable.  This strategy is often used when two spouses are close in age. One spouse will file and suspend so that the other spouse can collect a spousal only benefit.  Your client can still use this strategy,  but only if the suspension occurs by April 30.  After that, nobody else will be able to receive benefits on your client’s work record until he actually starts collecting, if at all.

This rule  was also changed.  It says that if your client applies for Social Security benefits before his FRA (age 66 for most), he’s deemed to have filed for anything and everything he’s eligible for. He can’t pick and choose between personal and spousal benefits.  With the exceptions listed above, the new rule states that the deemed filing rule now applies regardless of the age of your client when he’s claiming retirement benefits.

This strategy is still available.  Individuals often take advantage of this strategy  when they realize after the fact that they’ve made a mistake.   Let’s say someone chooses to start at 62.  Doing so results in a reduced lifetime benefit.  He still has the option to change his mind in the first 12 months.  He would, of course, have to re-pay any benefits he’s already received.

But what happens after the 12-month payback option expires?  He still has the option to suspend at 66, then restart at 70.  Remember, the rules changes were designed to eliminate the use of file and suspend as a means of generating a spousal benefit.  Your client still has the right to suspend if he wishes to take advantage of the 8 percent per year deferred retirement credits (DRCs).

Example:  Say your client decides to retire at age 62, but decides a few years later that he’s made a mistake.  His benefit at 66 would have been $2,000 per month, but because he started early, it’s reduced to 75 percent, or $1,500. He still has the option of stopping at 66, earning 8 percent per year for four years and then restarting at age 70.  If he does the math, 75 percent times 132 percent equals 99 percent, so he’d be just about back to $2,000 per month.  But he would have to give up four years’ worth of benefits to get it.

This was a great story to tell, and one not many people knew about.  When your client does file and suspend, he reserves the right to go back later and request a lump sum payment of the amount he deferred.  For example, if he files and suspends a $2,000 per month benefit and changes his mind a year later, he can get a check for the $24,000 he deferred.  His lifetime benefit, which would have been $2,160, would then be reduced back to $2,000 per month.  This strategy is essentially a line credit with the government.  Unfortunately, it too will disappear on April 30.

So where does his leave us?  Note that survivor benefits are completely unchanged.  Just as before, it often makes sense for the spouse with the higher benefit to delay until age 70.  That will result in a higher benefit as long as either spouse is still living.  This could greatly increase the length of the higher payout.

These changes will certainly hurt some people, but it’s a great time to meet with your clients to discuss all the new rules.