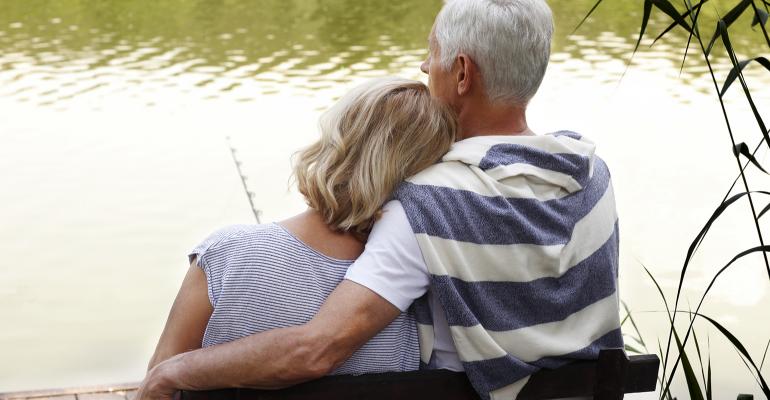 This Triple Tax-Free Health Benefit Can Help Pay for Retirement

Money built up in this new vehicle can give retirees valuable financial flexibility.

(Bloomberg) --There may soon be three more letters in your employer’s alphabet soup of benefit plans. Those letters are HSA, which stands for health savings account, and they can bring tax advantages at a time when you could use them the most.

Financial planners get all googly-eyed when talking about these accounts, though not because they’re a way to save pretax money to pay current medical costs. Instead, they rave about them as a way to save money to use for future medical costs—after you’ve retired. The key to that appeal comes from three magic words: triple tax-free.

The number of HSA accounts increased 16 percent year over year as of June 30, surpassing 21 million, according to a survey by consulting firm Devenir. Assets held in HSAs rose 23 percent, to $42.7 billion. As companies shift more health-care costs onto employees via plans with high deductibles, HSAs let workers put pretax dollars into savings accounts for medical expenses. They’re similar to flexible spending plans (FSAs) but without the annual “use it or lose it” requirement—contributions can roll over year after year. Any earnings increase tax-free, and the money isn’t taxed when used for qualified medical expenses. People who don’t use direct deposit at their job can contribute to an HSA but must wait until tax time to get money back by claiming a deduction. Next year, eligible workers can contribute up to $3,450 to an HSA for an individual and $6,900 for a family. Workers 55 and older can kick in an extra $1,000 annually—and your company may contribute as well. In its poll of 100 top HSA providers, Devenir found employers give an average of $719 annually, for a total of 33 percent of all HSA dollars. Workers who contributed put in an average of $1,111 annually, with cash deposits far outweighing money put in any of the investment options that are also offered. (We can be forgiven for not fully funding HSAs—after all, many of us are trying to fully fund 401(k)s.)

The popularity of HSAs comes as employees are getting better acquainted with a less pleasant term—high-deductible health insurance plans (HDHP), which the accounts are often paired with. Next year, you will be eligible to open an HSA if your minimum deductible for an HDHP is $1,350 for a single person, with a maximum out-of-pocket expense of $6,650. For a family, the minimum is $2,700, with an out-of-pocket cap of $13,300. A recent annual study by the Kaiser Family Foundation and the Health Research & Education Trust found that the average worker paid $5,714 for a family health-insurance plan in 2017, or 30 percent of the $18,764 total cost.

All HSA accounts are by no means created equal

HSAs, meanwhile, can provide an even bigger benefit later in life. When you take out money in retirement from tax-deferred savings plans such as 401(k)s, you pay income tax on the amount. In retirement, if you’re 65 or older, HSA money isn’t taxed, ever, as long as it’s used for qualified medical expenses. So if you can afford to leave some money in an HSA to increase tax-free until you retire, you can use it to pay Medicare Part B and Part D premiums, a portion of long-term care insurance policy premiums and other medical expenses. (If you use the money for something other than qualified medical expenses you do have to pay tax.)

Basically, HSA savings can give you financial flexibility in retirement. If you have enough income after retiring that you worry about being pushed into a higher tax bracket, paying qualified medical expenses out of your HSA can be helpful. Todd Minear, a financial planner at Open Road Wealth in Kansas City, Mo., talks with his clients about lining up such “tax diversification” so they will have more flexibility later in life. All HSA accounts are by no means created equal, however. An extensive Morningstar report published in June evaluated 10 of the largest specialized HSA providers, both as spending accounts for current medical expenses and as investment accounts geared to future medical expenses, with investment options that include funds you see in your 401(k). In the Morningstar report, only one provider, the HSA Authority, was “compelling for use as a spending vehicle and an investment vehicle.” When judging an HSA as a spending vehicle, the report looked at fees on checking accounts, which ranged from zero to $4.50 a month. Checking accounts at Alliant Credit Union, SelectAccount, and the HSA Authority had no monthly maintenance fees. Bank of America’s HSA had the highest fees, at $4.50.

Meanwhile, only four HSA providers got positive marks as investment vehicles: Bank of America, HealthEquity, Optum Bank, and the HSA Authority. One company, HealthEquity, got positive marks on all four elements that Morningstar looked for—a well-designed investment menu, a fund manager lineup that was strong, good performance, and fees that were attractive. Have personal finance questions or lessons to share? Join Money Talks, the new Facebook community from Bloomberg News.