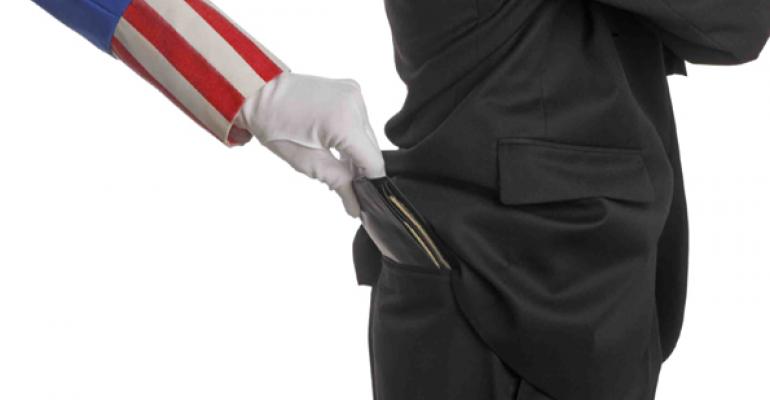 As discussed in an earlier Trusts & Estates1 article, individual retirement accounts and private employer retirement plan accounts are subject to federal tax levies (demands for payment) of amounts that are otherwise available to be paid. However, the Internal Revenue Manual directs agents to observe special precautions before levying on such accounts. First, retirement accounts shouldn’t be levied upon if there are other practical ways to secure payment of the past due taxes. Second, such levies are only to be made for taxpayers who have engaged in flagrant conduct. Third, levies shouldn’t be made if the taxpayer will be dependent upon the account for necessary living expenses.

A May 31, 2012 Internal Revenue Service Chief Counsel Notice2 (Notice) concluded that the IRS has that same right to levy on the Thrift Savings Plan (TSP) accounts of current and former federal employees, subject to the same precautions. However, it appears that the Federal Retirement Thrift Investment Board (FRTIB) may not, or may not yet, agree that the IRS has authority to levy on TSP accounts. The IRS and FRTIB positions are each grounded in the apparently conflicting provisions of their governing statutes.

The Internal Revenue Code, with exceptions not relevant to the TSP, states that “no property or rights to property shall be exempt from levy …”3

The Federal Employees’ Retirement System Act, with exceptions not relevant to federal tax liens, provides that “sums in the Thrift Savings Fund may not be assigned or alienated and are not subject to execution, levy, attachment, garnishment, or other legal process.”4 A March 2007 Fact Sheet titled “Statutory Exemption of the Thrift Savings Plan from Levy,” that’s currently on the TSP website, provides that “tax levies from government … entities … cannot be honored.” However, the TSP website also provides a specific “Legal Processing Unit” address to which tax levies should be mailed.

In an opinion dated May 3, 2010, the Office of Legal Counsel (OLC) of the Department of Justice analyzed the competing IRS and FRTIB positions and determined that TSP accounts are subject to federal tax levies. In its recent Notice, the IRS Chief Counsel concluded that the OLC’s opinion is authoritative. However, the Notice contemplates possible FRTIB resistance and calls for IRS personnel to advise Counsel “if the Thrift Investment Board fails to respond or refuses to honor the levy.”

Resolution of this inter-agency difference will surely be important for estate planners with clients with TSP accounts and past due federal tax liabilities.