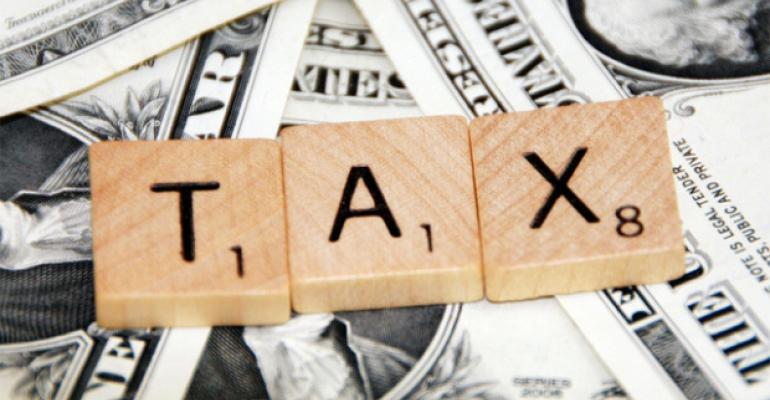 The rules of tax-free direct charitable/IRA distributions and crucial deadlines.

You probably know that the law allowing tax-free direct charitable individual retirement account distributions is now permanent. But many donors and clients are still unaware of this additional way to benefit charities.

Alert. Gifts of cash and securities can most often be made at the last minute. But IRA administrators generally can’t or won’t make an eleventh-hour direct IRA distribution to the designated charity by the midnight Dec. 31 deadline.

Tax-free direct charitable/IRA distributions (tax-free charitable IRA rollover)—maltum in parvo (in a nutshell). An individual age 70½ or older can make direct charitable gifts annually of up to $100,000 from an IRA to public charities (other than donor-advised funds (DAFs) and supporting organizations) and not have to report the IRA distributions as taxable income on his federal income tax return. Most private foundations (PFs) are ineligible donees, but private operating and pass-through (conduit) foundations are. There’s no charitable deduction for the IRA distributions. However, not paying tax on otherwise taxable income is the equivalent of a charitable deduction. Tax-free distributions are for outright (direct) gifts only—not life-income gifts.

Doing a two-step to qualify: (1) Roll over a non-qualified pension plan into a qualified IRA. That’s generally tax free (make sure that’s so). (2) The qualified IRA then makes the distributions directly to the charity.

Distributions from a qualified IRA must be made directly by the IRA’s administrator or trustee to a qualified charity. A payment to the donor who one honko-second later gives it to the charity doesn’t qualify (a honko-second is the shortest measure of time—the time that elapses between a traffic signal turning green and the driver of the car behind honking his horn).

The entire distribution must be paid to the charity with no quid pro quo. The exclusion applies only if a charitable deduction for the entire distribution would have been allowable (determined without regard to the generally applicable percentage limitations). Thus, if the donor receives (or is entitled to receive) a chicken dinner in connection with the transfer to the charity from the IRA, the exclusion isn’t available for any part of the IRA distribution.

Favorable rules on charitable distributions when the donor had made earlier deductible and nondeductible contributions to his IRA. If the IRA owner has any IRAs that include contributions that were nondeductible when contributed to the IRA, a special rule applies in determining the portion of a distribution that’s includible in gross income (but for the qualified IRA/QCD) and thus is eligible for QCD treatment. The special rule works this way: The distribution is treated as consisting of income first, up to the aggregate amount that would be includible in gross income (but for the QCD) if the aggregate balance of all of the donor’s IRAs were distributed during the same year. In determining the amount of subsequent IRA distributions includable in income, adjustments are to be made to reflect the amount treated as QCDs.

These examples illustrate the determination of the portion of an IRA distribution that’s QCD. In each example, it’s assumed that the requirements for QCD treatment are otherwise met (for example, age 70½ or older, qualified public charity) and that no other IRA distributions are made during the year.

Example 1. Scott, over 70½, has an IRA with a $100,000 balance, consisting solely of deductible contributions and earnings. He has no other IRA. The entire IRA balance is distributed to an Internal Revenue Code Section 170(b)(1)(A) charity (other than a supporting organization or a DAF). Under earlier law, the entire $100,000 distribution would have been includible in Scott’s gross income. Under the IRA/charitable distribution rules, the entire $100,000 distribution is a QCD, and thus, no amount is includible in his income. Further, the distribution isn’t taken into account in determining the amount of Scott’s allowable charitable deductions for the year.

Example 2. Zelda, over 70½, has a $100,000 IRA consisting of $80,000 of deductible and $20,000 of nondeductible contributions. The IRA distributes $80,000 to charity. She has no other IRA. Notwithstanding the usual treatment of IRA distributions, the distribution to the charity is treated as consisting of income first, up to the total amount that would be includible in gross income (but for the charitable IRA distribution rules). Under these rules, the entire $80,000 distributed to the charity is a QCD, and no amount is included in Zelda’s income as a result of the distribution. Further, the distribution isn’t taken into account in determining the amount of Zelda’s charitable deductions for the year. And when the $20,000 remaining in Zelda’s IRA is distributed to her, it won’t be subject to tax because it came from non-deductible IRA contributions when placed in her IRA.

Your client turns 70½ for purposes of qualifying for the IRA/charitable distribution when he’s actually 70½. He should pay it safe not have any distributions made to charity until at least one or two days after he reaches age 70½.1

Death-time distributions to charity from IRAs—reminder. Current and continuing laws allow tax-free distributions to charities at death for both outright and charitable remainder gifts. Income in respect of a decedent (IRD) isn’t taxable to charities and charitable remainder trusts (CRTs). When a CRT beneficiary receives payments, he’ll be taxable on the IRD. Less than 1 percent of estates are subject to the estate tax. If those estates have IRD, the IRA beneficiaries are entitled to itemized deductions on their income tax returns spread over their life expectancies for estate taxes attributable to their bequests. Consider this when deciding whether to create a testamentary CRT funded with an IRA. But this isn’t an issue for over 99 percent of estates. Also, outright bequests of IRAs to charity avoid tax on the IRD. So, clients should give appreciated stock outright to family members who will get a stepped-up basis and give the IRA and other IRD “items” to charity. The charity, being tax exempt, doesn’t pay tax on the IRD. Other IRD items include: salary and wages earned before death but paid after death; accounts receivable; unpaid royalties; commissions and partnership income earned before death but paid after death; unpaid royalties; payments under installment obligations paid after death; and interest or dividends earned before death but paid after death.

For death-time transfers from IRAs, there isn’t a ceiling or limitation on the types of charitable donees. Thus, distributions to all PFs and public charities (including supporting organizations and DAFs) qualify. To avoid IRD concerns, the gift must be properly structured.

Guidance From the IRS

In 2007, the IRS—fleshing out the IRC and the explanation by the staff of the Joint Committee on Taxation— favorably filled in the blanks to some unanswered (and some already answered) questions:

Tax-free distributions from individual retirement plans for charitable purposes. When determining the portion of a distribution that would otherwise be includible in income, the otherwise includible amount is determined as if all amounts were distributed from all of the individual’s IRAs.3

Satisfying a pledge with an IRA distribution—IRS Information Letter. By analogy to Revenue Ruling 64-240, a taxpayer who satisfies a pledge by making a QCD under Section 408(d)(8) from his IRA directly to a charitable organization wouldn’t include the distribution in gross income.4

IRS’ caveat. “This letter is an ‘information letter’, which calls attention to a well-established interpretation or principle of tax law without applying it to a specific set of facts. It is intended for informational purposes only and does not constitute a ruling. See section 2.04 of Rev. Proc. 2010-1, 2010-1 I.R.B. 1, 7.”5

My caveat. To avoid income on satisfying a pledge with a distribution from an IRA, the distribution must qualify under the requirements outlined above.

Caution. State laws differ, so check out all the ramifications in your state. For example, in some states, IRA distributions directly to the IRA owners aren’t subject to state income tax. A distribution from the IRA to charity thus won’t save state income taxes and the donor could lose a state income tax charitable deduction that might—depending on state law—be available for a gift from the donor to the charity. Of course, consider both the federal and state tax rules. You may have heard this before: Do the arithmetic under various scenarios.

PEP and Pease. The phase out of personal exemptions (PEP) and the reduction of otherwise allowable deductions under the so-called Pease provision can make IRA/charitable distributions especially attractive to high-income donors. Taking distributions from IRAs instead of directing those payments to charity can place high-income people in the income levels in which PEP and Pease apply.

Reminder. It won’t be a QCD if the IRA donor gets a chicken dinner or any other benefit. Don’t “fowl” up an IRA distribution with a quid pro crow.

For donors not to be taxed on the IRA transfers, the donee-charity must properly acknowledge the gift from the donor’s IRA. And this isn’t the usual receipt for gifts of other contributions to charities.

Here’s a sample letter you can adapt and use. This is just a sample. As always, consult your own advisers.

Receipt for a Gift Received from a Donor’s IRA

Thank you very much for your $             gift to [name of charity] from your Individual Retirement Account (IRA), received on [date]. This acknowledges that we received your gift directly from [Name of IRA Administrator] and that it is your intention for all or a portion of your gift to qualify as a qualified charitable distribution from your IRA under the Internal Revenue Code. Note, that you may exclude the qualified gift amount from your gross income, but if you do so, you may not also claim the gift amount as a charitable deduction on your 2017 tax return.

This confirms that [name of charity] is qualified under IRC §170(b)(1)(A) and that your gift was not transferred to either a donor advised fund or a supporting organization.

No goods or services were provided in consideration of this gift.

Thank you again for your gift.

Retain this letter for your tax records for 2017.