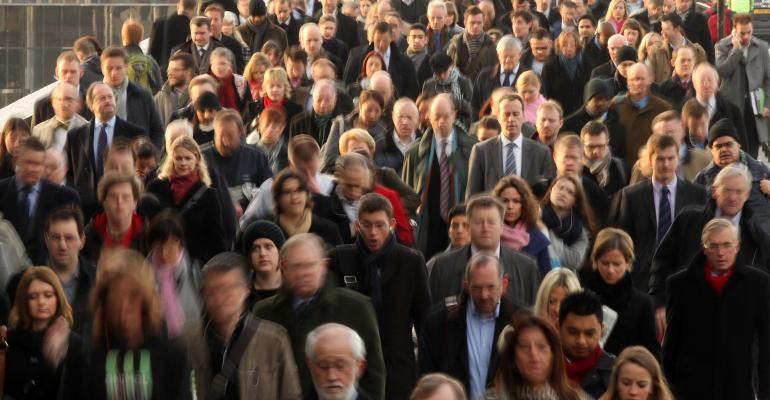 Failure to address entitlement reforms in latest tax overhaul points toward an economic drag, as there are fewer and fewer workers per retiree in the U.S.

The chart I’m giving is a scary one, but then aren’t they all in some way? What it shows is the Dependency Ratio, or the number of Workers per Retiree. Ten-years ago, we had about 4.75 workers for each retiree in the U.S. Today it’s about 3.8. In 2030, it’ll slide to about 2.75. You get this, of course. Related: Oldsters May Keep the Bond Bear at Bay

Due to a very slow population growth, increasing longevity, an overall aging population and decline in labor participation, we’ll have painfully few workers “supporting” an increasing number of retirees. Short of an increase in immigration, it raises a red flag for the burden on younger folks in the years to come, a need fix to the entitlement constructs so that the burden shifts to the retirees, or both. In this regard, I’m disappointed in the GOP tax package though the failure of Obama to embrace the Simpson-Bowles Committee ranks high up there in terms of dealing with this irresponsible avoidance.

The phenomenon is hardly limited to the United States. These next charts show the situation for other countries which actually make the U.S. look relatively better. (The source is here, but the OECD and plenty of other sources confirm the trend and data.)

Related: Are Older Workers More Productive Than Younger Ones? I’m going to offer a teaser to this section next week which is perhaps a vague suggestion about where to invest in the coming years equity-wise. That is not my bailiwick and I make no claim; my interest is demographic. But what you’ll see is how and where people spend money by age cohort. Here’s the broad view. What I’m looking at is the categories more specifically, and some GDP implications.