/sites/all/themes/penton_subtheme_wealthmanagement/images/logos/footer.png
Recent
Recent
WeWork Is Finally Going Public. Will SoftBank Ever Make Its $17 Billion Back?
Oct 20, 2021
NYC’s Ex-Housing Chief Raises Funds to Build Affordable Apartments
Oct 20, 2021
Eight Reasons Advisors Leave their Broker-Dealers to Start Their Own RIAs
Oct 20, 2021
Transparency with Diana B.: The Road to Recovery
Oct 20, 2021
Featured
The 10 Best and 10 Worst States in Which to Retire in 2021
Jul 15, 2021
Poll: 15 Classic Books on Investing and the Markets
Apr 03, 2020
25 U.S. Markets Adding the Most Multifamily Units This Year
Feb 03, 2021
Fifteen Must-Listen Business Podcasts for Advisors
Aug 14, 2020 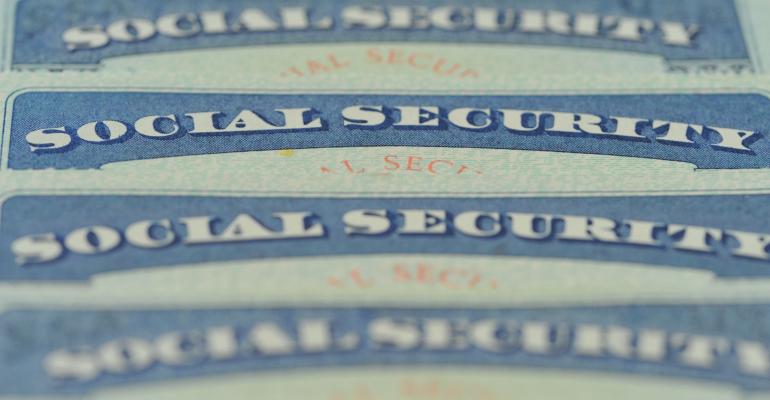 Many clients believe that taking Social Security as early as possible is the right choice. But advisors can help optimize their strategy and increase their retirement value by thousands of dollars, even up to $100,000 or more.

The reports of the death of Social Security planning have been greatly exaggerated. When lawmakers passed the Bipartisan Budget Act of 2015, predictions circulated that the practice of helping clients maximize their Social Security benefits would wither and possibly even die. But optimizing Social Security benefit withdraws is still a relevant way to add to the bottom line of your clients’ retirement strategy.

With the file and suspend gone and the restricted application applying to fewer and fewer people each year, many in the financial planning profession asked, “why spend time and money on a disappearing practice?”

Here’s why. Demand for the service has not waned; clients still can benefit from claiming strategies, and you can still grow your business by offering Social Security claiming advice.

According to the Center for Retirement Research at Boston College, 90 percent of Americans start collecting Social Security retirement benefits at or before their full retirement age, with the most popular age to start being 62, the earliest age possible.

I analyzed a sample of 2,500 reports taken before the legislation’s passage and after to see if clients were still able to save a significant amount of money by utilizing Social Security claiming strategies. I compared the amount that married couples would receive if they claimed as early as possible to the amount they’d receive if they utilized the suggested strategy as calculated by Social Security Timing software.

Before the Bipartisan Budget Act, the average difference was approximately $150,000. In other words, by utilizing claiming strategies, couples on average received $150,000 that they would not have, had they done what most Americans do—claim early.

A comparable sample taken after the Bipartisan Budget Act shows a slight dip in that figure—the average difference was $114,820. Even so, this is a significant savings. Wouldn’t you rather help a married couple find $114,820 extra in retirement income than none at all? Clearly, the Bipartisan Budget Act has not eliminated the opportunities still available to clients and to you.

One reason for analyzing the options each time is that there is now a significant tension between spousal benefits and widow benefits for couples with one high wage earner and a lower wage earner. A file and suspend used to be the mechanism for resolving the tension—the high wage earner could suspend his benefits in order to make a spousal benefit to the low wage earner, while delaying his own benefits in order to earn delayed retirement credits of 8 percent per year. A key element of the delay is that it not only boosts his retirement benefit, but the increase is also passed on to his spouse when he passes—providing a significant value to the survivor. Effectively delaying Social Security benefits for the higher wage earner in a married couple is in many cases like buying an underpriced joint and survivor, inflation adjusted income annuity. With the file and suspend gone, the pricing proposition for delay isn’t as clear cut. For couples who are close in age and relatively health, the larger the gap between the benefit of the high and low earner, the less value in delay all the way to age 70. It often makes sense to delay the higher wage earner’s benefit only to 69 or sometimes 68 depending on the client circumstances. Understanding this tension and quantifying its impact will be critical even after the last of those eligible to file a restricted application have turned age 70.

When you show clients how much money they would lose by claiming early, or by missing an opportunity for a restricted application, you build trust, add quantifiable value and earn their business. Social Security remains a key income source for American retirees, and incorporating claiming strategies into comprehensive retirement income plans is not only the right thing to do to extend their retirement income, but also a smart way to grow your business. Advisors who didn’t abandon Social Security planning have reaped the benefits of staying the course, and will continue to do so. You’ve heard the figure: each day, 10,000 baby boomers retire and begin receiving Medicare and Social Security benefits. Do you want them to miss out on retirement income they could receive with good advice or to lose thousands because you didn’t run the calculations?