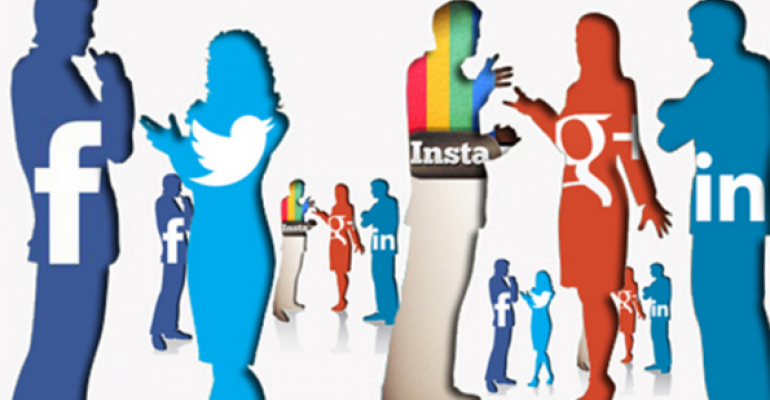 These numbers are for U.S. mobile apps only—the total number of U.S. users (i.e., including nonmobile access) is greater for each service. Combine these numbers with the fact that 401(k) savings comprise a large percentage of many workers’ wealth and one might suspect that plan sponsors and recordkeepers are actively using social media with participants. It’s a logical conclusion, but larger recordkeepers appear to be proceeding cautiously with social media or not using it at all.

Vanguard, for instance, “doesn’t currently utilize social media platforms to drive participant communications and engagements,” per a spokeswoman’s email response. Fidelity, however, does use social media with 401(k) plan participants, according to Eden Zeek, senior director, workplace marketing with Fidelity in Covington, Ky. “One of the reasons we do this is because we want to extend the reach of our content beyond the channels we use within our walls,” Zeek explains. “Our 401(k) participants are spending time on these channels, so we want to be there, too.”

Fidelity uses a two-track approach. The first track utilizes Fidelity Investment and Fidelity management’s social channels on the major platforms. These channels include workplace savings content and are available to the public. Plan participants are encouraged to follow these channels, but the content is not targeted at any specific plan cohort.

The second track is a pilot program that has been operational for a few months with three plan sponsors and takes a more targeted approach. The program is designed to help plan sponsors engage employees on topics that the sponsor believes are important to participants. It starts with an email-match process, says Zeek. The sponsor gives Fidelity permission to run an ID match for Facebook and Snapchat users. Fidelity then delivers its targeted content to confirmed users on the social media platform. The pilot program focuses on managing student debt, a theme the three sponsors identified as relevant for their employees. “We find them in the channels in which they’re engaging now and engage them that way,” says Zeek.

Denver-based Empower has a similar two-track approach and is “very focused on using social media to educate 401(k) plan participants,” according to Stephen Jenks, senior vice president and chief marketing officer. The first track delivers educational content via Empower’s social media accounts. On the second track, plan sponsors deliver Empower’s content through the sponsors’ own channels. Empower has been active with social media since the company’s formation about 3 and 1/2 years ago, says Jenks: “Fundamentally we think that social media offers a unique opportunity to educate individuals because that’s where the people are. You can approach folks in a way that fits in with the other type of content they would be consuming on social media.”

Each plan sponsor has the option to provide Empower’s content on its plan’s channels, and Empower currently uses Facebook, Instagram and Twitter. The key metrics used to measure message effectiveness include reach—the total message viewership—and engagement, which requires viewers to take an action, such as following a link or watching a video. From a platform perspective, Instagram has been the most engaging, says Jenks. “We see an engagement rate around 10 percent on our organic Instagram posts—that’s higher than we see on any of the other platforms,” he notes. “I think from a media perspective, meaning how we are delivering the message, we by far find video to be the most effective media. Looking at it from both an engagement perspective and from a reach, video is probably driving about 75 percent of our reach at this point.”

An important element for successful engagement is to offer videos that combine education with an element of entertainment, Jenks explains: “We’ll also do things like animated campaigns in addition to traditional video. We’ll use animated infographics with the idea that if we can fit in with what people like to look at on social media and add an educational message, that really can be a win-win.” (The videos are available online at: www.youtube.com/channel/UCFPLlGp16vPjBb-G7SnUWhQ.)

Empower’s social media content falls largely under two related themes, says Jenks. One is overall financial wellness. When participants’ finances are healthy, they are able to save more. “We also focus a lot of messages on driving increased savings rates with the individual electing to save more,” he adds. For example, one currently active campaign is called “Future You.” The participant meets his or her future self, who in a humorous situation thanks the employee for deciding to save more.