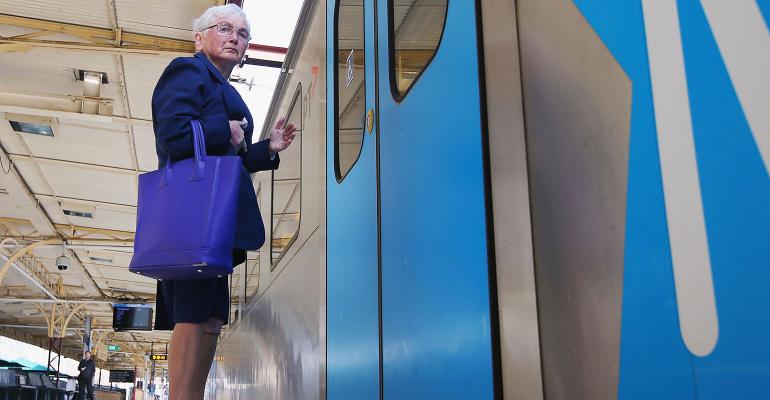 Sixty Three Is the New 65

Working longer is a great aspiration—but it’s not a strategy.

The value of working longer has become a mantra in retirement planning circles in recent years. Staying on the job even a few extra years can create a big inflection point for your clients’ retirement security via higher monthly Social Security payments, more years of retirement saving and investing, fewer years of drawdown and more years of employer-subsidized health insurance.

But as a strategy, working longer is no panacea. That’s because many people fail to pull it off. And the risk associated with the working-longer strategy is less understood. That’s why a recent study by David Blanchett, head of retirement research at Morningstar, caught my eye. Blanchett illustrates how a plan to work longer can work against your clients—by considerable margins in some cases—if retirement comes sooner than expected and savings fall short.

The study has provoked strong industry response, because it asserts most planners need to reconsider assumptions about retirement ages built into their planning models. The actual median retirement age, Blanchett finds, is closer to 63—not 65, the age most often used in client plans. He draws that conclusion by reviewing one of the best available data sets—the University of Michigan Health and Retirement Study. This is an especially useful data set because it tracks a specific group of households over time, allowing a comparison of when people predicted they would retire—and when they actually did.

What drives the desire to work longer? Some of it’s incessant messaging from the press and the financial services industry. Some of it reflects the desire of retirement-age baby boomers to stay engaged. But the changing landscape of workplace retirement plans also plays a role. Research published last year by the Center for Retirement Research at Boston College compared two groups of retirees: those born between 1931 and 1941 and the early baby boomers between 1948 and 1953. Researchers looked at data reflecting retirees’ financial constraints and preferences toward work at later ages. The early boomers were in better health in their early 60s and much less likely to be fully retired than those born between 1931 and 1941; hence, they were filing later for Social Security.

The research model suggested that two drivers of that trend were in better health and the falling number of workers covered by defined benefit pensions, which have been increasingly replaced by 401(k) plans.

An interesting new legal battle in this area focuses on discrimination in hiring, rather than discriminatory dismissal. In one lawsuit, plaintiffs charge that micro-targeted advertising of job openings on sites such as Facebook are specifically targeting younger applicants, which violates the Age Discrimination in Employment Act. In another case, an applicant for a corporate law position charges that the employer discriminated by establishing a ceiling on the number of years of experience that would be accepted.

But Laurie McCann, a senior attorney for the AARP Foundation, who is litigating the latter case, says these cases are more difficult to win than those that involve wrongful dismissal. “The problem with cases focused on hiring is you’re on the outside looking in, so it’s difficult to know who was hired instead of you and what that person’s qualifications might be.”

The finding suggests running some “what if” alternatives examining the impact of earlier retirement dates. He also suggests ratcheting up saving rates wherever possible to protect against overly optimistic assumptions.

How much more? That depends on how ambitious your client’s projected retirement date is and the expected annual rate of withdrawal. For example, if they aim to work to 69 and withdraw 4 percent annually, the saving rate should be ratcheted up by a stunning 80 percent.

Of course, that isn’t always practical—and that underlines the importance of Social Security. The program is designed to help people cope with risks such as premature loss of work and income. Workers can file for benefits as early as age 62, but for some workers facing an earlier-than-expected retirement, it will make sense to delay claiming benefits even if it means using savings to meet living expenses. This offers one of the best routes to higher retirement income, since benefit amounts are increased 8 percent for every 12 months of delay.

Blanchett’s study serves as an important reminder that working longer is a great aspiration—but it’s not a strategy.