To those who haven’t witnessed it first-hand, guardianship may sound like a heroic assignment in which bigger, stronger, more seasoned protectors keep individuals who are unable to fend for themselves. However, as the ragtag super hero team the Guardians of the Galaxy has come to learn, the reality of assuming guardianship (over a single person, let alone the entire galaxy) is far less than ideal.

According to Patricia A. Maisano, founder and chief innovation officer of IKOR, a nationally expanding network of healthcare advocacy and guardianship offices, in a healthy arrangement, a guardian should:

The Destructiveness of Dementia

In the comics, Bruce Banner is a normal, mild-mannered scientist who, at the drop of a hat, can lose control, transform himself into the raging, unstoppable Hulk and wreak widespread devastation. Often when he reverts to his human state, Banner has no memory whatsoever of anything he did as the Hulk. Clients suffering from dementia suffer similar lapses and can unknowingly sow destruction of their own (albeit on a smaller scale than our giant green friend).

As Jeff Motske, president and CEO of Trilogy Financial, points out, financial planning around dementia is a complex matter. The disease’s development can be gradual and subtle, or it can progress drastically and abruptly. The symptoms and its diagnosis can leave the afflicted and their loved ones feeling confused and hopeless, grappling with sudden changes that can ripple through an individual’s life. In the flurry of physical and mental changes, more mundane issues can be put on the back burner until things snowball into an unfortunate mess. All of this can sound scary and overwhelming, but there are steps to take to increase financial protection when dementia does occur.

Technology Can Be a Solution

Iron Man has no super powers to speak of (other than billions of dollars and a genius-level IQ), but manages to keep pace with mutants, cosmic beings and demigods by leveraging technology, ranging from the suit that gives him his name to the more mundane Alexa-esque AI that manages his household, Jarvis. In a similar vein, elderly clients can benefit from leveraging technology to improve their lives as well.

For instance, for those who prefer to age in place, Mark Gerson Gilfix, an attorney at the Palo Alto, Calif. firm of Gilfix & La Poll Associates, LLP, explains that traditional planning won’t keep elderly clients out of facilities or safe at home. They need a different type of planning or, more accurately, a new type of technology-enabled assistance.

He recommends a list of eight specific technologies that can help such clients achieve their goals.

The Danger of Loneliness

Aging in place is the stated desire of many seniors, but that may not be what’s in their best interests for reasons beyond physical health.

Thinking of Captain America as a senior is a bit odd at first, but in comic book reality he’s over 90 years old. This is a plot point that often was brought up in the movies for comic effect, playing his youthful good looks against his 1940s sensibilities in the modern world. But we also see the more tragic loss of several of his closest companions (particularly Agent Peggy Carter), not at the hands of super villains but to old age.

Social isolation is a major risk factor for older adults, Stephen M. Golant, a gerontologist and professor at the University of Florida notes, especially widowed or unmarried seniors. “People who stay put can become isolated when friends, family or neighbors move away or die.” Isolation and loneliness are risk factors for serious health and mental health problems and can be a good reason to consider a move to be near family, or into a senior community.

The Importance of Healthcare Proxies and Powers of Attorney

One of the main lessons of the Spider Man films is that with great power comes great responsibility. This moral rings even more true when the power in question is a power of attorney.

Patricia Maisano explains that encouraging your clients to establish a POA while they can lets them place their welfare in the hands of someone they’ve come to trust rather than leaving it to the courts to assign control over their lives and/or to someone they’ve never met (see the earlier slide on guardianship).

To help clients set up a successful POA, consider offering them these tips:

Abuse Can Come From Anywhere

Sometimes our most dangerous enemies are those who are closest to us. The Mighty Thor has had this lesson repeatedly battered into his head through repeated betrayals at the hands of his brother Loki—though Loki is the god of lies and tricks, so maybe Thor should have seen them coming? Often, their father Odin also finds himself caught up in their internecine squabbles, which brings us to the insidious topic of elder abuse.

The numbers on elder abuse never fail to shock.

According to the National Center on Elder Abuse, roughly one in 10 Americans over the age of 60 experience abuse. Fully half of those over 85 have had some form of cognitive impairment. How many of your clients fit into these vulnerable demographics, and how many of them have plans in place to protect themselves from exploitation? Do you know what signs to look for?

Families must put strategies in place to address the possibility of mental impairment and establish checks and balances to ensure the appropriate safekeeping of their loved one’s financial assets.

Deadpool is a knowingly profane, fourth wall-breaking font of slapstick humor. Similar to Bugs Bunny and his use of hyper violence, the idea that he has any lessons to offer professional advisors is ludicrous on its face.

That being said, in the movies, Deadpool receives his regenerative abilities as a result of being forced to resort to allowing himself to be experimented on by shady doctors because he can’t afford to treat his cancer. Though the horrible experimentation and super-powers aren’t really relevant to most clients, the fear of being unable to pay for long-term care in the event of an unexpected illness certainly is.

Wealthmanagement.com’s Mark Miller notes that advisors face big challenges when it comes to insuring clients against the risk of nursing home expense. It’s not a popular topic of discussion—and the options for funding expensive institutional long-term care are not attractive.

Only the most affluent households can afford to pay out-of-pocket, and only 12 percent of people in their late 50s and early 60s have opted to buy commercial long-term care insurance, according to Rand Corporation research. Meanwhile, Medicaid covers 62 percent of long-term care in the United States, according to the Kaiser Family Foundation—and using the program comes with its own issues for household balance sheets.

Planners should know their options. 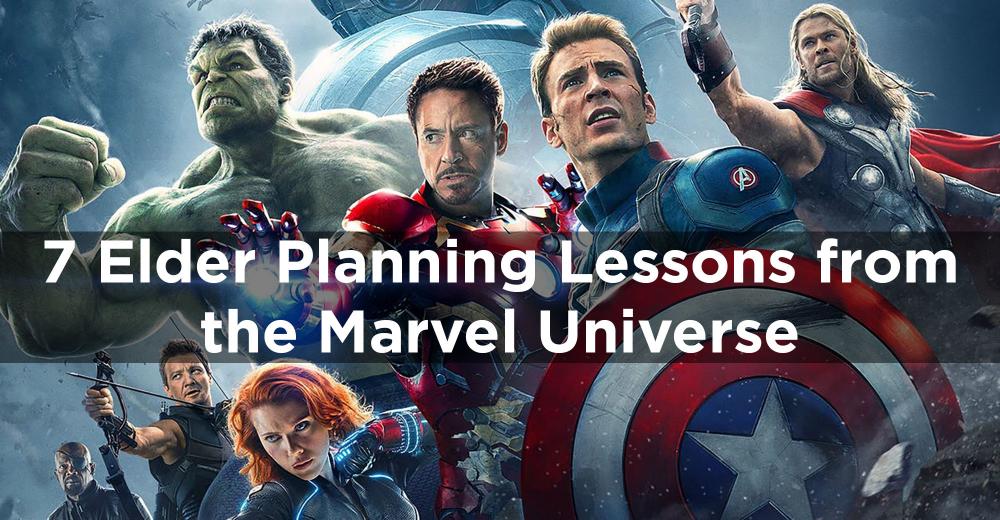