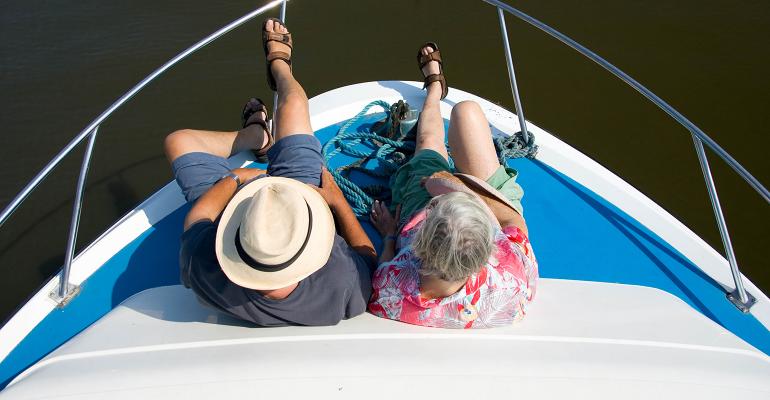 Say Hello to the ‘Retirement Tier’

401(k) plans are increasingly accommodating the needs of retirees.

If growth of your practice relies on people rolling over 401(k) balances when they retire, take note: A growing number of plan sponsors are hoping they won’t.

Say hello to “the retirement tier”—shorthand for 401(k) plans with features that accommodate the needs of retirees. Most 401(k) savers still roll over their assets at retirement, but interest is growing among plan sponsors in getting them to stick around, and they are making changes to entice savers to do just that.

For some advisors, the trend could mean less rollover business—but for those who work directly with plans, it will present new opportunities.

In part, sponsors are motivated by a need to help employees manage their retirement income. The accumulation phase in 401(k) plans has become much more automated over the past decade via automatic enrollment and the rising domination of target date funds (TDFs). The decumulation phase poses complex challenges, including safe drawdown rates, taxes, asset location and Social Security claiming.

Employees worry about this phase of the process. A 2017 survey of 401(k) participants by Cerulli Associates found that “developing monthly income from my investments” was the second-highest retirement planning priority (44.3%), just short of health care expenses (49.8%).

There’s also a self-interested motive for plan sponsors. Keeping retirees around means more retained assets—especially since retirees have the largest account balances. That helps plans negotiate lower fees with their plan administrators. “It’s a self-serving move that in turn impacts everyone in the plan,” notes Jamie McAllister, senior vice president of Callan, the benefits consulting firm. “More assets and participants mean more scale and a better ability to command lower investment and record-keeping fees—active participants benefit from that too.”

Callan’s annual survey of defined contribution plans shows that 63% have a policy regarding retention of retirees or terminated employee assets, up from only 43% in 2015. Among those who do have a policy, 73% say their aim is to retain participants.

The Callan survey focuses on large plans; a broader annual study by the Plan Sponsor Council of America (PSCA) points to slower uptake. Twenty-one percent of plans actively encouraged participants to stick around at retirement in 2018, a number that hasn't shifted dramatically. Interest was spread across all plan sizes, with a larger share of small plans indicating interest than larger ones.

Drawdown features will need to change if this trend is really going to take off—things like allowing participants to make periodic, monthly and quarterly withdrawals. Jack Towarnicky, PSCA’s executive director, notes that electronic banking has opened up more possibilities here. “Recordkeepers now have the ability to set up a monthly stream of income through a simple electronic transfer from the plan to your checking account.”

Yet, just 54% of all plans offered installment drawdown options in 2018, and 57% offer periodic or partial withdrawals, PSCA found. Interest in offering annuities remains much scarcer than that.

Annuitization also is attracting attention in the wake of passage late last year of the SECURE Act, which creates a safe harbor for plans that incorporate them. Just 16% of plans offered annuity options in 2018, according to the PSCA survey. But that could begin to shift—albeit very slowly—in the next few years.

One sign of life: several large investment companies are starting to offer target date funds (TDFs) with annuities built in. For example, State Street will launch a TDF in the third quarter of this year that includes longevity insurance in the form of a qualified longevity annuity contract (QLAC) deferred annuity. Lincoln Financial Group (NYSE: LNC) and Capital Group also are deploying a TDF product incorporating annuities.

Towarnicky worries that target date funds are poorly understood by most 401(k) plan participants—and that annuities could confuse things further— especially if they start to surface as qualified default investment alternatives (QDIAs) in plans. “Most plan participants don’t understand that target date funds have equity allocations higher than 50% at the target date,” he says. “They probably also would be surprised to know that fund managers have discretion to make tactical decisions on asset allocation.”

Indeed, according to a recent survey by Alight Solutions, a benefits, payroll and cloud solutions provider, 59% of plan participants say they don’t know anything about target date funds.

Here’s another question about target date funds: If more participants stick around after retirement, what does that imply about the glide paths for these products? Should they continue targeting “to retirement” or shift to a “through retirement approach?”

Lloyd notes that the Alight survey—which analyzed behavior of 2.5 million 401(k) plan participants—reveals the heaviest TDF usage is among younger plan participants—70% of those under age 30 are fully invested in them, compared with just 25% of those over 60—and 44% of the 60-plus crowd are not in TDFs at all.

“As time goes on, people begin to build up their assets, and that tends to make them more engaged in the investment process,” he says.

Instead, Lloyd expects to see more use of managed account services in retirement tiers. Already, 36% of plans offer a managed account option, according to the PSCA, with the heaviest concentration among larger plans—53% of plans with more than 5,000 participants offer them.

Uptake by participants is slow, but it’s a relatively easy set of services to add, he notes. “We’ve had quite a few clients who've been sitting on the fence about managed accounts, but when they start to think about the retirement tier, and helping people prepare for retirement, they’re more eager to do it.”

“Our number one focus right now is to get education and guidance on Social Security claiming and retirement income into plans—that is where most people are going to look at it,” says William Meyer, co-founder of Social Security Solutions, which has software offerings in both of these areas.

Meyer says the strongest interest in these services comes from plan sponsors and plan advisors. “Recordkeepers are interested, but their focus so far has mainly been on wellness content. We think the big opportunity is content tied with tools people can apply to their own situations.”

Will “retirement tiers” compete with the services offered by financial planners? Perhaps—but it’s also possible that injecting more advice in 401(k) plans will drive more business to advisors. “Nothing you’ll find in plans will give you all the bells and whistles that you would get with an outside advisor for people who want those services,” says Lloyd. “The reality is that many people will still go off to find an advisor. I think that there's room for both.”