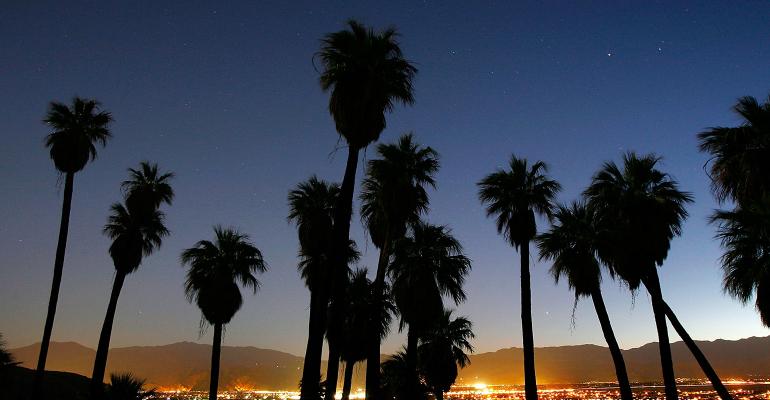 Is It Simpler Than Obamacare? California’s Retirement Mandate

California, Oregon, Illinois, Maryland and Connecticut all have plans to give nearly every worker a chance to save for retirement at work

(Bloomberg) --The last time millions of Americans were signed up for a new government-mandated benefit program, it didn’t go so well. The initial rollout of the Affordable Care Act, or Obamacare, resulted in broken websites, angry employers, and lots of confused consumers.

Now five states, where one in five Americans lives, are attempting a similar feat, this time with retirement. The goal in California, Oregon, Illinois, Maryland, and Connecticut over the next few years is to give nearly every worker the chance to save for retirement at work.

Currently, 36 percent of U.S. private-sector workers don’t have access to a pension or 401(k)-style plan on the job, according to the Pew Charitable Trusts. Even those who have a plan at work don’t always find it easy to sign up. As a result, 55 percent of workers aren’t saving for retirement at work. Young workers and Latinos are the least likely to have access to workplace retirement options.

The states are trying to get more workers saving for retirement by requiring employers either to offer a plan to workers or to connect them to a portable, state-run retirement option.

“It is an ambitious step that is part of a growing national movement aimed at protecting millions of Americans who are on track to retire into poverty,” California State Controller Betty Yee said in a speech earlier this month.

Almost 7 million people could end up enrolled in the California Secure Choice Retirement Savings Program, the state estimates. All employers with five or more workers would eventually need to comply.

It won’t be easy to set up such a program, Yee and other state officials acknowledge. “Other states will be watching closely,” Yee said, “and we are going to succeed. I’m confident of that.”

Legislators in dozens of states have explored ideas for improving workers’ retirement options. The five states that have enacted employer mandates have the support of unions, the AARP, and the Obama administration.

It’s no coincidence that all five of the states preparing retirement mandates are heavily Democratic. Business and financial industry groups, which usually support Republicans on such issues, aren’t nearly as enthusiastic about the proposals. The Investment Company Institute, a trade group for fund companies, opposed the California plan, saying it opened up the state to legal and financial risks. The California Chamber of Commerce initially opposed Secure Choice as well.

“Businesses are saddled with a lot of government mandates, and they’re worried about how this is going to work,” Marti Fisher, a policy advocate at the chamber, said at a Nov. 17 forum in Sacramento. The group dropped its opposition after lawmakers made several concessions, such as limiting employers' legal liability. Fisher said the chamber is working with the state to address business owners' concerns about the new program. For example, businesses want to make sure the state is well-equipped to handle workers' questions about the new savings scheme so the burden doesn't fall on their managers.

Before offering millions of workers a brand-new retirement program, California officials and policy experts say, they are trying to learn lessons from the rollout of Obamacare.

“This program is going to thrive or die based on usability,” Nari Rhee, manager of the retirement security program at the UC Berkeley Center for Labor Research & Education, said at the Sacramento forum. “You want to set things up in a way that’s really easy for everybody—really simple and streamlined.”

The retirement accounts are designed to be far simpler than a health insurance policy, and states are giving themselves plenty of time to set up the programs and get the details right. Oregon is expected to go first, opening a pilot program next year. California is rolling out its plan gradually, starting with the largest employers and slowly working its way down to small businesses. The law creating Secure Choice was signed by Governor Jerry Brown on Sept. 29; the mandate on the smallest California businesses isn’t expected to go into effect for five years.

In Illinois, a state-run retirement option was scheduled to be up and running by next year. In August, the board overseeing the Illinois Secure Choice program asked for more time. The state is now planning to start a pilot program in 2018, to be fully phased in by the beginning of 2019. Illinois's mandate, which applies to all businesses with at least 25 employees, could end up enrolling 1.2 million workers, the state estimates.

Big questions still face the five state plans. Will fees be sufficient to cover the plans’ costs without using taxpayer money? Will the employer mandate prompt more companies to set up their own retirement plans, rather than link workers to the state system? That might be good for workers, especially if increased competition improves the often-inadequate 401(k) options for small businesses but might rob the state systems of fee-paying participants.

Finally, will workers actually save in the accounts, which are voluntary? Even if they’re able to save, what’s to prevent low- and middle-income workers from raiding their accounts during financial emergencies, compromising their retirements?