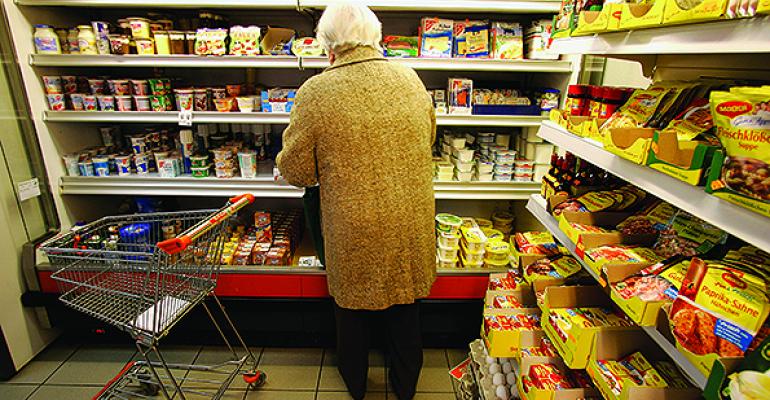 The inflation rate experienced by seniors is higher than that of the overall economy. The culprit is health care.&nbsp;

There’s been no sign that inflation is heating up along with the economy, and that may tempt financial planners to be complacent about the inflation risk facing their retired clients. But the inflation rate experienced by seniors is higher than that of the overall economy.

From 1985 to 2014, the Consumer Price Index ran 5.1 percent behind the CPI-E, an experimental measure created by the U.S. Bureau of Labor Statistics to measure the inflation affecting elderly Americans, according to research by J.P. Morgan Asset Management.

The culprit is health care, which accounts for 13 percent of expenditures by Americans over age 65, compared with 5 percent for all other age groups, according to the Center for Retirement Research at Boston College.

Even health care inflation has been quiet lately. The monthly premium for Medicare Part B (outpatient services) has been flat at $104.90 for three consecutive years. The Congressional Budget Office projects that inflation-adjusted spending per Medicare beneficiary will rise at an average annual rate of 1.5 percent in the coming decade, compared with 4 percent from 1985 to 2007. The key moderating factors include constraints on payments to health care providers under the Affordable Care Act, and a slowdown in the quantity and intensity of healthcare services being utilized.

Still, many experts think health care inflation will return to historical norms, and that’s an argument for conservative, careful inflation planning for retirees. “A reasonable hurdle rate is 5 or 6 percent,” says Ron Mastrogiovanni, CEO of HealthView Services, which develops software that helps planners gauge healthcare costs. “Using an inflation rate less than that is a mistake, and it’s a disservice to your client.”

J.P. Morgan Asset Management says the average 65-year-old last year paid $4,400 in premiums for Part B (outpatient services), Part D (prescription drugs), Medigap supplemental coverage, out-of-pocket expenses, vision and dental services. Those costs will rise at an annual rate of 6.1 percent over the next 20 years, to $17,000 at age 85, the company forecasts.

That outlook includes a sizeable bump for “uncertainties,” including the actual rate of health care inflation and federal policy changes that could saddle seniors with a larger share of the healthcare bill.

In April, President Obama signed into law a bipartisan solution that modifies a Medicare formula that threatens to slash payments to doctors every year, dubbed the “doc fix.” The deal will increase the high-income premium surcharges paid by wealthy seniors, and introduce a new Medigap deductible. It also will saddle all seniors with some incremental Part B premium costs due to the premium’s fundamental structure.

HealthView does an annual calculation of the portion of annual Social Security income that will be consumed by health care expenses for an average couple (retiring at 66 with a $25,000 benefit). The expense tally includes Medicare Part B and D premiums, dental insurance premiums, and out-of-pocket costs, including copays, hearing and vision expenses. The firm estimates that health care expense will consume 67 percent of Social Security income for someone retiring this year, and that the figure will rise to 83 percent by the time that person is 85 years old.

In addition, fewer households will receive defined benefit pensions in the years ahead—another key source of guaranteed income that can help offset health care expenses. The National Institute on Retirement Security (NIRS) reports that 38 percent of private sector workers received income from a traditional pension in 1979, and that plunged to 15 percent in 2010.

What’s more, fewer workers can count on retiree health benefits. Twenty-eight percent of U.S. employers with more than 200 employees offered retiree coverage in 2013, down from 66 percent in 1988, according to the Kaiser Family Foundation.

Financial planners can help clients blunt the impact of health care inflation on the income and expense side of the equation.

The challenge is less critical for very affluent clients, says Mark Balasa, co-founder of wealth management firm Balasa Dinverno Foltz. “If someone has 500 percent of what they need, health care is just noise in the background,” he says. “But if our projections show the client’s resources might come up short or just cover what we think they will need in retirement, it’s a big issue. We are conservative; we’ll plan on 3 percent inflation for general spending, but 5 or 6 percent for health care.”

The health care inflation projections also offer a strong argument for keeping some part of client portfolios in equities, says Katherine Roy, chief retirement strategist at J.P. Morgan Asset Management. “How much should you have in equities based on the client’s age? There’s no simple answer, but the answer is more than zero.”

J.P. Morgan’s research confirms that health care spending rises as other categories—such as entertainment, food and beverages, apparel and transportation—fall. (See chart above.) “The only other categories that rise are charitable giving and political donations,” Roy says.

Planners can add value by learning how to assist clients with complex Medicare policy shopping options. This starts with the basic question of enrolling on time to avoid costly penalties, and deciding whether to go with traditional Medicare or with Medicare Advantage, the all-in-one managed care alternative. Medicare Advantage usually doesn’t charge separate prescription drug premiums and doesn’t require a Medigap plan. (In fact, Advantage participants can’t buy them.) The trade-off is flexibility, since enrollees must use in-plan health care providers.

In traditional Medicare, it’s important to purchase Medigap at the time of initial enrollment to get the best prices. Also re-shop prescription drug coverage regularly, since plans’ terms of coverage for drugs often change from year to year, and so do your client’s medication needs. One research study found that almost a quarter of Part D enrollees could save at least $500 annually by picking a cheaper plan better suited to their drug needs.