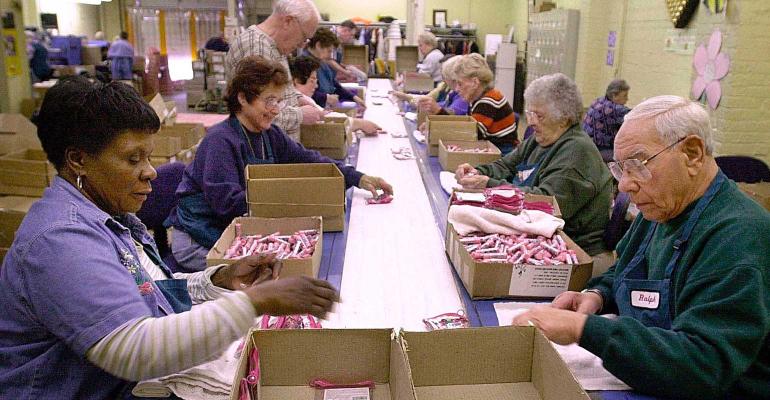 Inflation Fears Have More US Workers Pushing Off Retirement

With the cost of living climbing, many workers say they’ll have to work longer.

(Bloomberg) -- Inflation and the rising cost of living has 40% of private sector workers age 45 and older pushing back plans for retirement.

That’s according to a survey from Nationwide Retirement Institute, which also found 15% of older workers saying they don’t think they’ll ever be able to retire. Employees planning to retire later also cited shrunken retirement savings (47%) and concerns that a market crash would destroy savings (44%) as reasons for wanting to work, on average, four years longer than they’d planned just one year ago.

Overall, the rough economic environment had 24% of workers age 45 or older saying they felt they were on “the wrong track for retirement.” Only 58% reported having a positive outlook about their retirement plan and financial investments, down from 72% in a 2021 Nationwide survey.

The online survey, conducted from July 14 to August 5, reached 1,000 retirement plan participants age 45 or older and 100 employees between the ages of 35 and 44, as well as 500 company plan sponsors or benefits decision makers and 100 government plan sponsors or benefits decision makers. The result were tallied before the recent market plunge, which has hammered stocks and put a deeper dent in many retirement accounts.

Nationwide, which is among financial services firms hoping to make their annuity, or guaranteed lifetime income, products more common in workplace retirement savings plans, found about half of employees interested in the income options as part of a target-date fund or a managed account in their workplace plan.

That said, only 21% of employees said they were familiar with guaranteed lifetime income investment products.