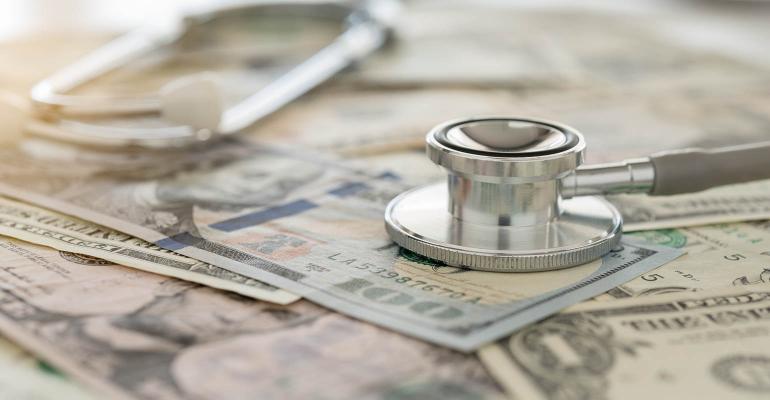 HSAs: Spend or Save It?

If your clients have health savings accounts (HSAs), that’s a question they may be asking.

Boosters tout HSAs as a superior way to build long-term savings to meet retirement health care expenses—and the tax benefits are compelling. Yet a recent Morningstar study casts doubt on the quality of both the spending and investing features of HSA platforms.

Morningstar graded 10 popular HSA spending accounts for monthly maintenance fees and interest rates. While interest rates are negligible across the board in the current low-rate environment, the researchers found that maintenance fees vary “wildly” among providers and concluded that the differences can have a major impact on net wealth at retirement.

How did HSAs do on long-term investment? Many platforms carry high expense ratios and problematic investment menus, the report found. And, just one of the plans was found to be “compelling for use as a spending vehicle and an investment vehicle, suggesting there is much room for improvement across the industry.”

Most of the plans’ investment menus do a good job of offering exposure to core asset classes, according to Morningstar, but the industry did not receive passing grades on fees—one of the most important predictors of long-term performance. The HSA platform fees ranged “from cheap to expensive.” While some use low-cost index funds, others are using active strategies that lead to much higher total expense ratios.

HSAs are available to workers who have high-deductible health insurance plans (HDHPs). The accounts can be used to meet deductible and other out-of-pocket health care costs. This year, plans can have a maximum out-of-pocket cost of $6,550 for individuals and $13,100 for families. Last year, 26 percent of employers helped offset those costs with contributions to the accounts averaging $868, according to Devenir, a consulting firm that works with HSA providers and employers. Workers also can make pretax contributions—this year, up to a combined total of $3,400 for individuals and $6,750 for workers with family insurance coverage.

HSA growth is driven by the rapid spread of HDHPs in the workplace. And expansion of access to HSAs and contribution limits has been a centerpiece of many Republican health-reform plans that have surfaced in Washington this year.

High-deductible plans are spreading quickly in the workplace, driven by the idea that more “skin in the game” will put a lid on healthcare costs by reducing wasteful use of healthcare services. There are problems with this theory—namely, that people in HDHPs may actually be reducing their use of both unnecessary and necessary services. A study by the Employee Benefit Research Institute pointed to this problem, adding that the decline in utilization is twice as large among lower-income workers.

Employees with HDHPs are free to set up an HSA anywhere they are offered, but incentives to stick with the employer’s choice are strong, since direct payroll transfers trigger payroll tax relief. And the shortcomings in HSA platforms—especially on the investing side— can be chalked up, in part, to the industry’s relative youth, and its fragmentation. The business has roots in the more limited flexible spending accounts, and there are hundreds of HSA providers, including many small banks and credit unions.

“About 85 percent of the HSA business really is just the flexible savings account (FSA) business—that’s their DNA,” explains Aaron Benway, a certified financial planner who created a smartphone app called HSA Coach, designed to help people learn about and manage their accounts. “It wasn’t a major focus for them,” he adds. “They were accustomed to using FSAs for customer attraction and retention, and many of them have simply followed the customer opportunity by launching HSAs while keeping FSAs as their core business line.”

Benway adds that the typical balances in accounts are too small to achieve the scale necessary to bring down expense ratios and improve investment menu choices. The average HSA account balance at the end of 2016 was just $1,232, according to Devenir. That’s not surprising, since most workers need to use account assets to meet current health care expenses.

At the same time, invested HSA assets are rising sharply. Devenir reported year-end invested assets industry wide of $5.5 billion, up 29 percent over 2015. That is about 15 percent of the industry total; among account holders who held investments, the average account balance was $14,971.

As the market grows, some observers are keeping a close eye on an industry behemoth that could drive platform change—Fidelity Investments.

Fidelity has a large HSA business that ranks it as the eighth-largest player in terms of assets, according to the company. But Fidelity currently sells its HSA products only through employers. That will change—“it’s mostly a question of when—not if we will do it,” says Eric Dowley, Fidelity’s senior vice president in charge of HSAs.

Dowley thinks the problems with HSAs stem from their complexity. And in the employer market, many workers hold HSA accounts that were not really interested in them, he adds. “When an employer decides to fully replace their health insurance with a high-deductible plan, people are hearing that these accounts are great, but they are not certain how to use them.

The relative complexity of HSAs creates an opportunity for advisors to add value to client relationships, says Benway. “HSAs are three times more complicated than IRAs—and most people don’t understand their IRAs.”

Getting high-net-worth clients to understand the investment potential should be a key area of focus, he adds—especially during the coming fall open enrollment period, when shifts in health insurance occur. “If you have clients going into HDHP plans and you aren’t knowledgeable about them, you really risk looking like you don’t know what you should—and you’re missing the chance to educate them on one of the best tax-planning opportunities the IRS offers.”

HSA contributions are tax deductible, investment growth and interest are tax deferred, and withdrawals spent on qualified medical expenses also are tax free. The triple tax benefit increases buying power, especially when compared with the benefit of drawing down from a 401(k), which is subject to ordinary income tax on contributions and investment gains. Benway calculates that a worker earning $60,000 would need to save 25 percent less to meet medical expenses by splitting annual contributions to a 401(k) and HSA.

Funds withdrawn for non-medical expenses are taxed at the account holder's marginal tax rate; if the account holder is under age 65, the funds are subject to an additional 20 percent penalty. HSA accounts don’t have required minimum distribution requirements, and they are portable—they are individually owned and not tied to employers. At age 65, HSA assets can be used for any purpose penalty free, although ordinary income taxes are owed if funds are used for non–health care expenses.

For high-net-worth clients, Benway also likes a strategy the industry calls “shoeboxing.” This involves meeting current expenses out of pocket, while making contributions to the HSA. “Your client can let the HSA balance grow but draw down against it later and reimburse herself for the earlier expense. It can be a very tax-efficient strategy—you can almost look at it as an IOU with no expiration date.”

Another plus: qualified HSA withdrawals (for health care expenses) are not reported as income, which means that they are not included in the definition of income that counts toward Medicare’s high-income premium surcharges for Part B and Part D. The surcharges are paid by individuals with modified adjusted gross incomes of more than $85,000 in annual income, and joint filers above $170,000. This year, the monthly surcharge amounts start at $53.50 and top out at $294.60.

Benway notes that HSAs have no required minimum distributions, are portable, and don’t expire— assets can be transferred to a spouse or included as an estate asset. For heirs, an HSA becomes an income in respect of a decedent asset.