At $2 trillion, the CARES Act is the largest stimulus package ever enacted by the federal government. In comparison, the Emergency Economic Stabilization Act of 2008 —which authorized the treasury secretary to create the $700 billion Troubled Asset Relief Program (TARP)—and the $840 billion stimulus package under the American Recovery and Reinvestment Act of 2009 cost roughly a combined $1.5 trillion.

Section 2202 of the CARES Act includes a provision allowing an affected IRA owner younger than age 59½ to take distribution(s) from his/her IRA during 2020 for coronavirus purposes without incurring an additional 10% tax for early withdrawal. Such distributions have an aggregate limit of $100,000 per individual if taken from more than one retirement plan. Furthermore, such distribution(s) can be included in income ratably over a three-year period and repaid within three years after taking them.

True. Section 2203 of the CARES Act contains what is likely the most significant provision relating to IRAs, as it provides a waiver of the RMD requirement for 2020. This includes minimum distributions that would otherwise have been required for traditional accounts, including Simplified Employee Pension (SEP) and Savings Incentive Match Plan for Employees of Small Employers (SIMPLE), IRA owners and beneficiaries and for Roth IRA beneficiaries.

The CARES Act permits IRA owners that attained age 70½ in 2019, and therefore have a required RMD beginning April 1, 2020, to also skip their 2019 RMD if it has not yet been taken. Whether the IRS will allow an IRA owner who in 2020 had already taken what at the time was an RMD to complete a rollover of the distribution is undetermined.

The $300 deduction for individuals ($600 for a married couple) from the CARES Act is available only to taxpayers who take the standard deduction. It is designed specifically for those who don’t itemize their deductions and would typically not get any tax benefit for donations. About 90% of taxpayers take the standard deduction. Nonprofits have long advocated for such a universal deduction. It remains unclear if the provision will increase charitable giving.

The CARES Act extends the due date of RMDs that would otherwise be due during the 2020 calendar year, including quarterly contributions not yet paid. RMDs for 2020 are now due Jan. 1, 2021.

The CARES Act eliminates the limit on charitable gift deductions for 2020. Until the 2017 Tax Cuts and Jobs Act (TCJA), individuals could immediately deduct gifts valued at no more than half their adjusted gross income (AGI), with the excess deductible in future years. The TCJA boosted the cap to 60% of AGI. The CARES Act eliminates the limit, allowing taxpayers in 2020 to deduct gifts equal to as much as 100% of their AGI. The increased limits apply to gifts to public charities and certain foundations (not donor advised funds) and cash contributions only. For businesses, the act increases the limit on the deduction for charitable contributions from 10% to 25% of a corporation’s taxable income. 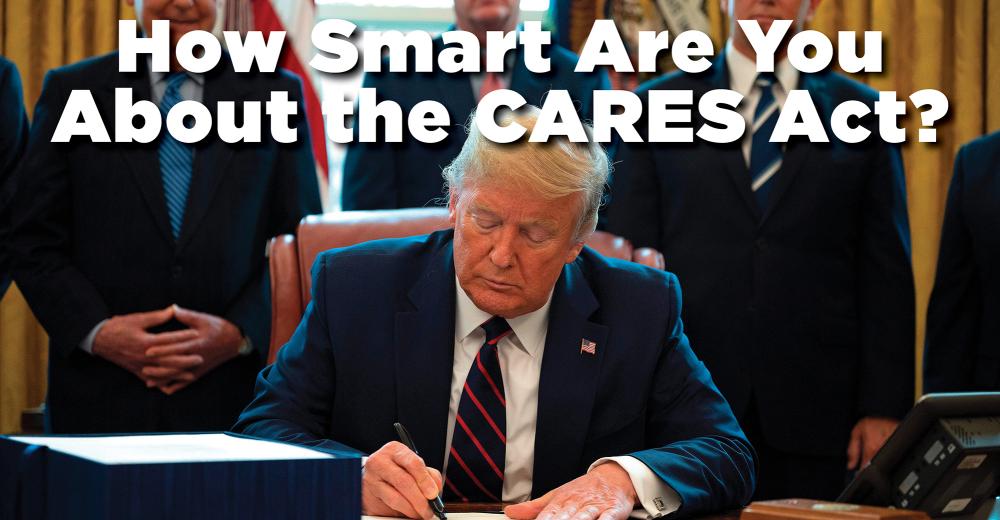