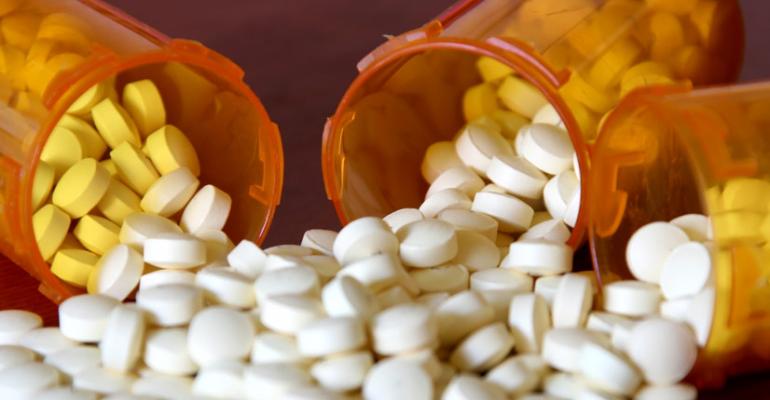 How the Inflation Reduction Act of 2022 Bolsters Medicare Part D

It’s important to understand the ceilings that the IRA will start to place on out-of-pocket drug costs for your clients, starting in 2023.

If you have retired clients who shoulder large prescription drug costs, help is on the way.

The Inflation Reduction Act of 2022 (IRA), signed into law last month by President Biden, includes very important improvements to the Medicare Part D program, which millions of seniors use to cover their drug costs.

Much of the buzz has centered on the law’s provisions that empower Medicare to negotiate prices with drugmakers — and that may well turn out to be a significant change over the next decade. But more immediately, it’s important to understand the ceilings that the IRA will start to place on out-of-pocket drug costs for your clients, starting in 2023. The Part D prescription drug plan reforms will make these insurance policies more robust and reduce the potential for volatile out-of-pocket spending for clients, adding a bit of predictability in financial plans.

The IRA also extends the current expansion of subsidies for health insurance policies bought through the Affordable Care Act exchanges that had been scheduled to sunset at the end of this year. The expanded subsidies have made ACA policies much more affordable for higher-income households.

Here’s a look at what to expect from the Inflation Reduction Act of 2022, and when.

Next year, the skyrocketing price of insulin will be capped at $35 per month for Medicare enrollees (a cap for people enrolled in private health insurance did not make it into the final bill). One study found that the price of insulin more than tripled from 2002 to 2013; the Kaiser Family Foundation (KFF) found that the average monthly out-of-pocket cost for insulin users was $54 per month in 2020, but the costs were much higher for some insulin products.

Also starting next year, drugmakers will pay “rebates” to the government if they impose price increases that exceed the rate of general inflation. Essentially, this is a penalty they will pay for large price hikes. It’s not certain how big an impact this provision will have in the near term, KFF reports that half of all drugs covered by Medicare had prices above the general inflation rate from 2019 to 2020, but that was a period when inflation was far lower than it is now.

Finally, cost sharing will be eliminated in 2023 for adult vaccines covered under Medicare Part D, such as the immunization for shingles.

In 2024, an overall cap on out-of-pocket costs will begin to phase in.

In that year, Medicare’s requirement that enrollees pay 5% coinsurance above the Part D “catastrophic threshold” will be eliminated. This will be an enormous help to beneficiaries who now pay 5% of the cost of very expensive drugs, especially for conditions such as cancer or multiple sclerosis.

An all-important second phase to capping out-of-pocket costs takes effect in 2025. This change repairs one of the key weaknesses in Part D legislation: when the program was created in 2003, it did not cap total annual out-of-pocket costs. That has left millions of enrollees exposed to very high costs for sophisticated, potentially life-saving drugs.

Under the IRA, no Part D enrollee will pay more than $2,000 out of pocket per year, beginning in 2025. That’s still a significant tab, but it is lower than the costs being shouldered for various drugs now.

Another major flaw in the original Part D legislation is that it specifically prohibited Medicare from negotiating drug prices with pharmaceutical makers. That starts to change in 2026, when Medicare will be empowered to begin negotiating drug prices, starting in 2026 with a list of 10 of the most expensive drugs covered under Part D. Medicare will be able to negotiate on an additional 15 Part D drugs in 2027, and eventually another 20 drugs covered in Part D and Part B in 2029 and beyond. The effect will be cumulative, with the total list of drugs subject to negotiation growing over time.

Medicare is a huge, complicated program, and the impact of some of the IRA reforms will depend on how regulations are written over the next few years that govern implementation. What’s more, there’s plenty of time for drugmakers to try to shape the implementation to their advantage.

Some experts worry that cost controls on prescription drugs in Medicare could push costs higher in private insurance plans. Another worry is that the inflation penalties could prompt drugmakers to boost launch prices for new drugs.

That’s why the phaseout of the 5% coinsurance for catastrophic level coverage and the $2,000 ceiling on total out-of-pocket costs are likely to have the clearest, and quickest, impact for Medicare enrollees. Likewise, the cap on monthly insulin costs is important.

The IRA also includes a change that could be important for your pre-Medicare clients who buy health insurance on the Affordable Care Act (ACA) exchanges.

The IRA extends those provisions through 2025, preventing a steep 53% increase in premiums for these buyers, according to KFF.

A reminder on shopping plans

The eye-popping costs of prescription drugs won’t disappear overnight — and that serves as a reminder of the importance for your clients of doing regular checkups on their drug coverage. Medicare’s open enrollment runs from October 15 through December 7 each year, and this is the time to review current coverage and compare it with other offerings on the prescription drug market exchange.

Even for clients who are satisfied with their coverage, it makes sense to examine coverage annually. Drug plans can change their premiums, the list of covered drugs, and they can change access rules.

More than half (57%) of people enrolled in Part D don’t review their coverage annually, according to KFF. And two-thirds of beneficiaries ages 85 or older reshop their coverage.