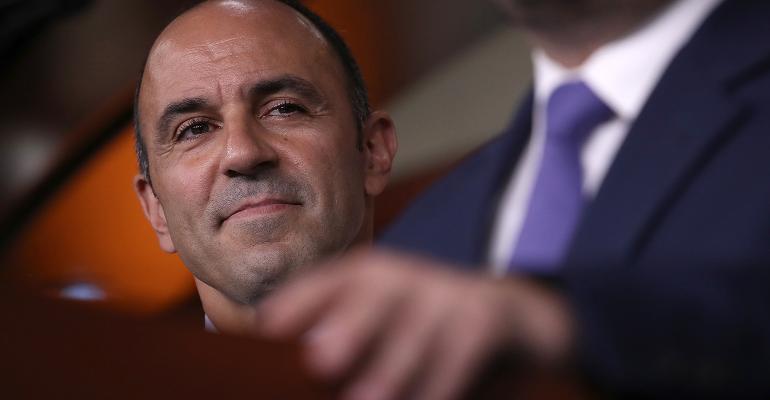 U.S. Rep. Jimmy Panetta (D-Calif.) introduced a bill in the House on Thursday that would open up public sector retirement savings plans to allow for cheaper, more flexible investment options than are typically available.

Teachers and other employees at public schools, nonprofit hospitals and charitable organizations have access to tax deferred 403(b) retirement plans to supplement their pensions. For teachers in K-12 public schools in particular, however, those plans are typically offered by insurance companies, negotiated with individual participants and dominated by high-cost annuity contracts.

The House bill would open up those plans to allow investments in collective investment trusts, pooled investments that typically have lower fees and more flexibility than the standard tax-deferred annuities that often come with long lockup periods, nontransparent investments and expensive surrender charges.

Vanguard, which has led a public push for improving 403(b) retirement plan options, said the bill would help teachers save for retirement. “With roughly $500 billion of 403(b) assets locked out of CITs, Vanguard estimates that the cost savings to 403(b) participants in plans that offer CITs could amount to as much as $250 million per year. Over time, this could translate into billions of dollars going back to retirement savers.”

"Teachers and other public-service-oriented employees deserve flexibility when it comes to investing in their retirement. Our public servants ... are not only limited in those types of investments, but they also must contend with a very high cost of living,” said Rep. Panetta in a press statement Thursday. “My bipartisan bill will level the playing field for these employees, and others who have committed their careers to public service, potentially increasing their retirement savings by thousands of dollars."

Sandy Blair, director of retirement readiness for the California pension plan CalSTRS, said in the press statement that the bill would give California’s more than 964,000 public school educators the ability to save more in their defined contribution retirement plans.