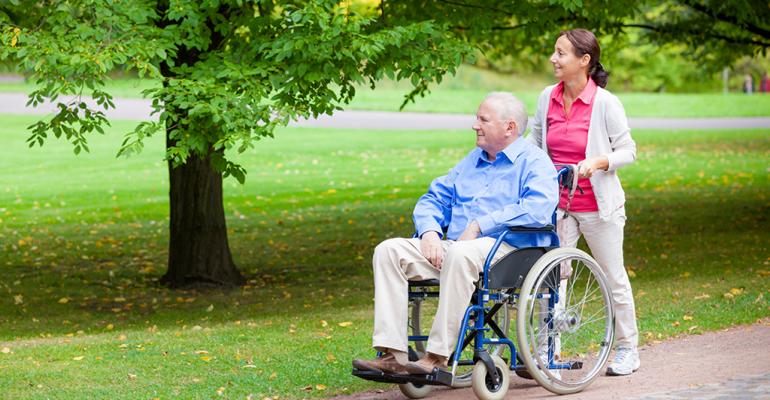 The Financial Effect of Being the Family Caregiver

While the gender bias is changing, it's still largely women who take on the role of caregiver for children and aging parents. That fact should inform their financial planning, argued a panel of women in finance.

Many clients have to leave the workforce at some point in their careers—whether it be to care for a child, a disabled family member, an injured or ailing spouse or an aging parent. And while that caregiver’s role is starting to even out between males and females among millennials (at around 50 percent male to 50 percent female), for the most part it’s still women who take on the responsibility, said Cynthia Hutchins, director of financial gerontology at Merrill Lynch.

With aging parents, in particular, it’s more often the adult daughter that leaves work to care for them than the adult son, Hutchins said, speaking at an event Wednesday sponsored by MFS Investment Management and Redbook.

In fact, some 40 million Americans care for aging parents, 70 percent of which are women, said Susan Kay, vice president at MFS.

The caregiver role can be disruptive to a career, and that has major implications for women’s finances that aren't as apparent among men, said Hutchins.

When a client takes time off, it results in either a cut or loss of income, and that can be dramatic, Kay said. There’s also the loss of momentum within their career; they don’t have the same career trajectory when they return to work.

They also get the financial hit to their retirement savings. MFS conducted a hypothetical comparison of an employer-sponsored retirement plan where the woman took no caregiver leave versus one who took a seven-year break; the firm found that the woman who saved without disruption had an ending retirement account balance that was $400,000 higher without an employer match and $800,000 higher with a match. (This assumes a starting salary of $40,000; a fixed rate of return of 10 percent; 3 percent salary increase per year; 6 percent employee contribution; and a 6 percent salary decrease upon returning to the workforce.)

How can clients plan ahead for such unexpected leaves of absence? Always have cash on hand—a rainy day fund, said Lisa Kent, a financial advisor with Merrill Lynch in Princeton, N.J. They should keep their portfolio balanced, and pay active attention to their asset allocation. Be clear about essential expenses, and have a good feel for the budget, she added.