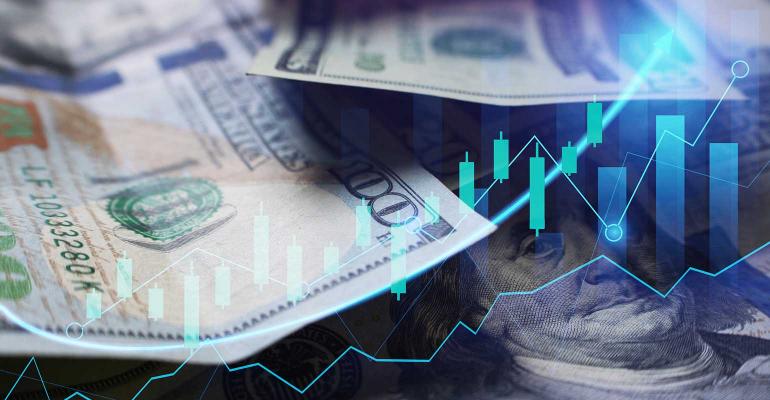 Is there a relationship between owning an annuity and how likely a DC participant is to trade their account during times of market turmoil?

There has been a significant increase in interest surrounding guaranteed income, especially for defined contribution plans recently. However, uptake of annuities in DC plans has been relatively slow despite innovations in the space and a growing agreement regarding their potential value.

Products that offer guaranteed income, such as annuities, have the potential to radically simplify the income decision process for retirees. What is less clear, though, is if there’s any relationship between owning an annuity and how likely a DC participant is to trade their account during times of market turmoil?

I’m not familiar with any other research on this particular topic but was able to obtain data on approximately 730,000 participants that had access to an in-plan annuity (technically, a variable annuity with a guaranteed lifetime withdrawal benefit, or GLWB). I was able to compare the trading decisions of those who owned the product and those who didn’t during the 2020 calendar year and recently released research on the topic.

First, I think it’s important to note that participants using any type of professionally managed portfolio solution were significantly less likely to trade in 2020 than those who were self-directing. This is not necessarily surprising, since it’s consistent with other research I’ve published on the topic, but it reinforces the importance of getting participants to use professionally managed investments, be it a target-date fund or retirement managed account.

With respect to the annuity allocations, the analysis focuses on older participants from the ages of 55 to 70 since they would generally be considered to benefit the most from the strategy.

Overall, there is clear evidence that (older) participants who had higher allocations to an annuity that provided guaranteed lifetime income were less likely to trade during 2020. The probability of the participant trading went down as the allocation to the guaranteed income product increased. This relationship existed when all participants were grouped together and when separating participants out into the different paths to annuity ownership, such as a professionally managed portfolio (default and opt-in) and self-directors.

Additional regressions suggest the reductions in trading we see from older participants aren’t necessarily related to their age (i.e., a 67-year-old participant who owned an annuity wasn’t less likely to trade than a 57-year-old participant, holding everything else constant), but there does appear to be a balance effect, whereby participants who had the highest balances traded the least. Conceptually, this makes sense, since it suggests participants who were potentially the most affected by the volatility (i.e., those with larger balances) worried less when they knew they had guaranteed lifetime income.

Overall, this research suggests that including solutions with more predictable sources of income in DC plans has the potential to not only improve retirement outcomes for participants but may also improve investment behaviors. By providing more certainty around the level of retirement income, participants appear less likely to transact and make poor market timing decisions. More customized advice and solutions at the participant level and additional non-guaranteed investments suited for those near or in retirement should also help.

As more retirement income products come to the market, hopefully there will be additional research on the topic to better help consultants and plan sponsors understand how participants respond to allocations to various products within a DC plan.