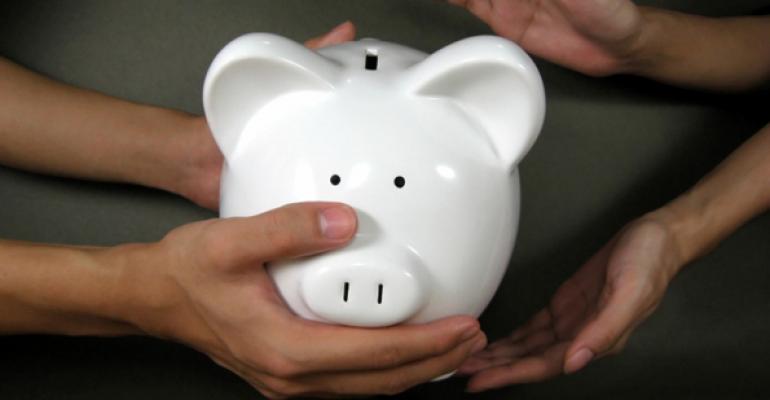 Decision creates a conflict among the circuits

Congress has exempted individual retirement accounts and many other retirement vehicles from bankruptcy creditors. This exemption generally applies when the IRA belongs to the bankruptcy debtor or was inherited from a deceased spouse.  However, in Rameker v. Clark,1 the U.S. Court of Appeals for the Seventh Circuit Court held that a non-spousal inherited IRA wasn’t an exempt asset for purposes of bankruptcy proceedings.  The ruling disagreed with a Fifth Circuit opinion, which held that funds maintained in a non-spousal inherited IRA were an exempt asset in bankruptcy proceedings.  In so ruling, the Seventh Circuit found that the account funds didn’t represent the debtor’s retirement funds because the account funds had to be distributed to the debtor before her retirement.

In 2001, Wisconsin resident, Heidi Heffron-Clark (Heidi) inherited an IRA worth approximately $300,000 due to the death of her mother, Ruth Heffron (Ruth).  In 2010, Heidi and her husband filed for bankruptcy.  The bankruptcy trustee, William Rameker, wanted to tap into the IRA account, but Heidi claimed that the IRA was an exempt asset under both Wisconsin and federal laws.  The bankruptcy judge held that the IRA didn’t represent “retirement funds” in the hands of Heidi and wasn’t exempt under the applicable provisions of the Bankruptcy Code.  The bankruptcy judge held that money only counts as “retirement funds” when held for the owner’s retirement and not when inherited.

A district court judge reversed the Bankruptcy Court ruling and held “that any money representing retirement funds in the decedent’s hands must be treated the same way in successors’ hands.”  The bankruptcy trustee then appealed to the Seventh Circuit Court of Appeals, which reversed the District Court and held that because the funds didn’t represent Heidi’s retirement funds, they couldn’t be sheltered from her creditors and granted the bankruptcy trustee access to the IRA.  The court looked at how the funds would be used in Heidi’s hands, not at their legal designation.  The court further concluded that the applicable Bankruptcy Code sections, Section 522(b)(3)(C) and (d)(12), only provided a specific exemption for retirement funds, and the IRA didn’t qualify for the exemption.  In reaching its ruling, the Seventh Circuit concluded that the funds in the IRA didn’t represent Heidi’s retirement funds.  The account funds had been Ruth’s and, on her death, they lost their status as “retirement funds”.

Generally, any funds deposited into an IRA,  whether by an individual or his employer, will meet the requirements of Bankruptcy Code Sections 522(b)(3)(C) and (d)(12).  When the surviving spouse of an IRA owner inherits his spouse’s account, the surviving spouse can either maintain it as a separate account or roll it into his own IRA  In either scenario, the account funds will be treated as “retirement funds” and the surviving spouse: (1) can’t withdraw any funds before age 59½ without paying a penalty tax; and (2) must commence withdrawals no later than the year in which he reaches age 70½.

In contrast, an IRA inherited from someone other than a surviving spouse is a “time-limited tax-deferral vehicle.”  While the funds remain sheltered from taxation until the money is withdrawn, no new contributions can be made to the account, and the balance can’t be rolled over or merged with any other account pursuant to 26 U.S.C. Section 408(d)(3)(C).  In addition, the inherited IRA must begin distributing its assets within a year of the original owner’s death under 26 U.S.C. Section 402(c)(11)(A).

The rulings in Clark and Chilton create a conflict among the respective circuits.  The judge in Clark reasoned that “inherited IRAs represent an opportunity for current consumption, not a fund of retirement savings,” and it wasn’t necessary to determine whether the principles of federal law (for federal exemptions) and state law (for state exemptions) would apply.  This ruling makes it even more important for states to specifically incorporate the inclusion of a non-spousal inherited IRA into any statutory exemption they may provide for under bankruptcy law.

A split among the circuits reflects that the issue is controversial, and we should keep tuned to further court rulings on the issue.