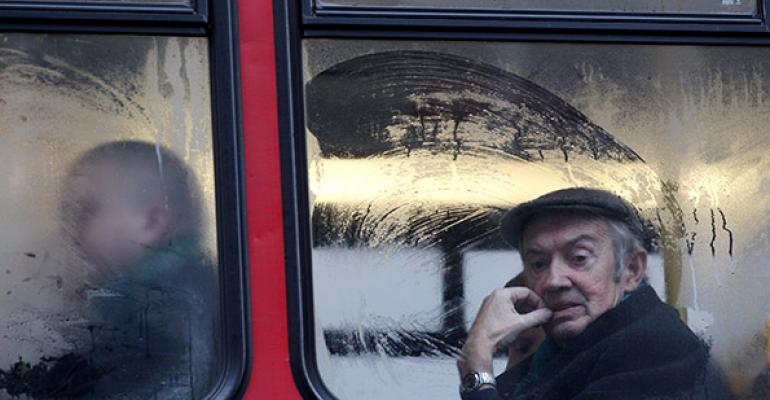 Gary Cohn wants to remove pretax benefits from retirement accounts and shift them to after-tax benefits. But there's an even better way.

(Bloomberg Gadfly) --Changes to your 401(k) may be coming. But don’t worry, it will still be the same inadequate retirement plan you already have.

As the Wall Street Journal’s Jason Zweig noted recently, “At a meeting with members of the Senate Banking Committee earlier this month, Gary Cohn, the director of the White House National Economic Council, discussed ideas that would remove pretax benefits from retirement accounts including 401(k)s and shift them to after-tax benefits.”

First, some brief background for the millions of American workers who don’t have 401(k) plans. In general, workers don’t pay taxes on the money they contribute to their 401(k) accounts, and the money grows tax free until retirement. When the money is withdrawn, it’s taxed like other regular income.

Importantly, you can’t delay withdrawals from a 401(k) forever. Beginning at age 70 and a half, workers must withdraw some of the money every year and pay taxes on it.

By contrast, what Cohn appears to have in mind is akin to a Roth retirement account. Under that arrangement, workers would contribute money that has already been taxed to their 401(k)s. Just as with a traditional 401(k), the money would grow tax free. But unlike a traditional 401(k), that growth would not be taxed during the worker’s lifetime and therefore need not be withdrawn.

There’s some merit to Cohn’s idea. If workers can contribute the same amount to a Roth 401(k) as they do to a traditional 401(k), they would be better off in retirement because 1) they wouldn’t pay taxes on the growth and 2) they would have the option to defer the growth beyond age 70 and a half. Also, they will have effectively saved more for retirement by the amount of the taxes paid on the Roth 401(k) contributions.

It would be better for the government’s coffers, too. Bradford Campbell, a Washington attorney, estimates that the government would collect $1.5 trillion over the next decade by taxing 401(k) contributions.

The problem is that Cohn’s idea does little to tackle the retirement crisis facing American workers. Any serious proposal that seeks to firm up workers’ retirements must include at least three elements.

First, it must raise contribution limits. My Bloomberg colleague Barry Ritholtz recently showed that even if workers contribute the maximum amount allowed by 401(k) rules -- $18,000 in 2017 for workers younger than 50 -- it most likely won’t be enough. Business owners are permitted to save up to $54,000 in retirement accounts for 2017. Why not allow every worker to save that much?

Second, fund fees in retirement accounts must be lower. As Zweig points out, members of Congress pay just 0.039 percent a year for the funds in their retirement plans, whereas fund fees in a typical 401(k) are many multiples of that. The difference can amount to tens of thousands of dollars of forgone retirement savings over a 40-year career. I proposed last year that the federal government provide simple, market-cap weighted funds to retirement plans free.

Third, workers should have the advantages of traditional and Roth retirement accounts. In other words, both contributions to 401(k) accounts and the growth of those contributions ought to be tax-exempt.

All of this will cost money, of course. It’s pure fantasy to say that we can both improve workers’ retirement fortunes and cut taxes for the ultra-rich, which is what Cohn hopes to achieve. I suggest that we fund an expansion of retirement savings through higher taxes on Americans with, say, a net worth of $100 million or more and annual income of $100,000, a category that would include Cohn. But if he’s serious about improving workers’ retirements, it’s a sacrifice he has to be willing to make. (The specifics, of course, would depend on a detailed look at the numbers.)

I can already hear the pushback: Why should Cohn and his friends be stuck with the bill for America’s failing retirement system? In an ideal world, they wouldn’t. But let’s be serious. American workers were wiped out by two historic busts during the last two decades while some -- including Cohn -- profited handsomely from the accompanying booms.

That’s not to say that Cohn or any other person or group should be blamed for the dot-com or housing busts; there’s plenty of blame to go around. But it also doesn’t seem fair that some should profit from those collapses while everyone else suffers. Neither that disparity, nor the coming retirement crisis, is going to fix itself.