/sites/all/themes/penton_subtheme_wealthmanagement/images/logos/footer.png
Recent
Recent
A Boom In Texting Spurs Latest Smarsh Acquisition
May 17, 2022
11 Must Reads for the CRE Industry (May 18, 2022)
May 17, 2022
Apple Delays Plan to Have Staff in Office Three Days a Week
May 17, 2022
Will Inflation Derail the Recovery in Restaurant Dining and Leasing?
May 17, 2022
Featured
The 10 Best and 10 Worst States in Which to Retire in 2021
Jul 15, 2021
Poll: 15 Classic Books on Investing and the Markets
Apr 03, 2020
Fifteen Must-Listen Business Podcasts for Advisors
Aug 14, 2020
Celebrity Estates: Jay Leno and Planning for Classic Car Collections
Feb 22, 2022
Longevity Lifestyle Preparation
brought to you by 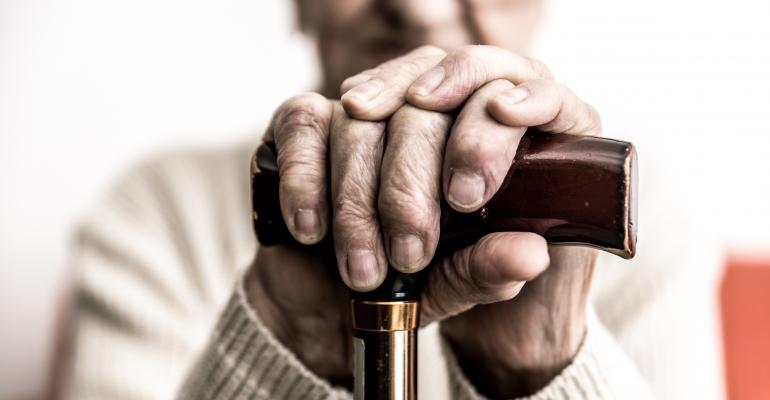 (Bloomberg) --The U.S. retirement age is rising, as the government pushes it higher and workers stay in careers longer.

But lifespans aren’t necessarily extending to offer equal time on the beach. Data released last week suggest Americans’ health is declining and millions of middle-age workers face the prospect of shorter, and less active, retirements than their parents enjoyed.

Here are the stats: The U.S. age-adjusted mortality rate—a measure of the number of deaths per year—rose 1.2 percent from 2014 to 2015, according to the Society of Actuaries. That’s the first year-over-year increase since 2005, and only the second rise greater than 1 percent since 1980. At the same time that Americans’ life expectancy is stalling, public policy and career tracks mean millions of U.S. workers are waiting longer to call it quits. The age at which people can claim their full Social Security benefits is gradually moving up, from 65 for those retiring in 2002 to 67 in 2027.

Almost one in three Americans age 65 to 69 is still working, along with almost one in five in their early 70s.

Postponing retirement can make financial sense, because extended careers can make it possible to afford retirements that last past age 90 or even 100. But a study out this month adds some caution to that calculation.

Americans in their late 50s already have more serious health problems than people at the same ages did 10 to 15 years ago, according to the journal Health Affairs. University of Michigan economists HwaJung Choi and Robert Schoeni used survey data to compare middle-age Americans’ health. A key measure is whether people have trouble with an “activity of daily living,” or ADL, such as walking across a room, dressing and bathing themselves, eating, or getting in or out of bed. The study showed the number of middle-age Americans with ADL limitations has jumped: 12.5 percent of Americans at the current retirement age of 66 had an ADL limitation in their late 50s, up from 8.8 percent for people with a retirement age of 65.

At the current retirement age of 66, a quarter of Americans age 58 to 60 rated themselves in “poor” or “fair” health. That’s up 2.6 points from the group who could retire with full benefits at 65, the Michigan researchers found.

Cognitive skills have also declined over time. For those with a retirement age of 66, 11 percent already had some kind of dementia or other cognitive decline at age 58 to 60, according to the study. That’s up from 9.5 percent of Americans just a few years older, with a retirement age between 65 and 66.

While death rates can be volatile from year to year, Choi and Schoeni’s study is part of a raft of other research showing the health of Americans deteriorating.

Researchers have offered many theories for why Americans’ health is getting worse. Princeton University economists Anne Case and Angus Deaton, a Nobel Prize winner, have argued that an epidemic of suicide, drug overdoses and alcohol abuse have caused a spike in death rates among middle-age whites.

Higher rates of obesity may also be taking their toll. And Americans may have already seen most of the benefits from previous positive developments that cut the death rate, such as a decline in smoking and medical advances like statins that fight cardiovascular disease.

Declining health and life expectancy are good news for one constituency: Pension plans, which must send a monthly check to retirees for as long as they live.

According to the latest figures from the Society of Actuaries, life expectancy for pension participants has dropped since its last calculation by 0.2 years. A 65-year-old man can expect to live to 85.6 years, and a woman can expect to make it to 87.6. As a result, the group calculates a typical pension plan’s obligations could fall by 0.7 percent to 1 percent.