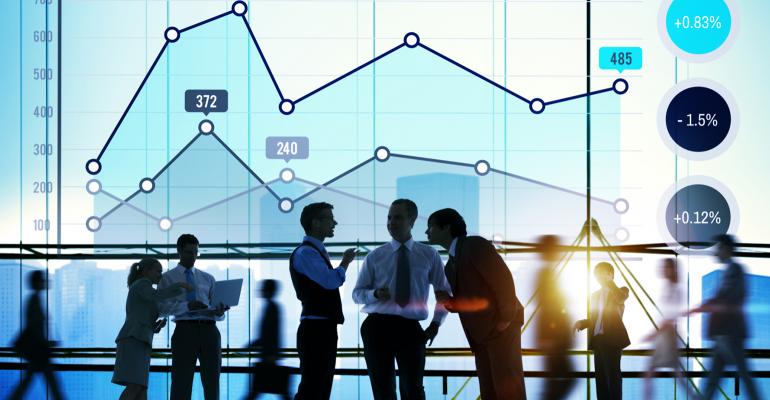 <p>Given the complexity of regulatory requirements, keeping a plan in compliance is a challenge, especially for small and <span data-scayt-lang="en_US" data-scayt-word="midsized">midsized</span> companies</p>
Wealth Planning>Retirement Planning

Compliance reviews are an ideal opportunity for consultants to demonstrate the value of their work.

If your retirement plan clients dismiss your suggestion for annual compliance reviews, have them consider this statistic. In 2013, 75 percent of the plans audited by the Department of Labor wound up being fined, penalized or forced to make reimbursements for errors. According to a report in BenefitsPro, the average fine was $600,000, up from $150,000 just four years earlier.

Given the complexity of regulatory requirements, keeping a plan in compliance is a challenge, especially for small and midsized companies. That situation creates an opportunity for plan consultants who are able to conduct compliance reviews for existing clients; it’s also a business development strategy with prospective clients.

Charlie Clark, a senior wealth advisor and client relations manager with CliftonLarsonAllen in Joliet, Illinois, regularly conducts what his firm calls plan fiduciary reviews. It’s a formal annual process in which the goal is to “make the plan as bulletproof as possible when it comes down to either an IRS inquiry or a DOL inquiry,” he says.

The review covers several main themes, including investment fiduciary-related activities and plan administration. On the investment side, Clark looks for a documented process that shows how plan investments are added or replaced. Other items on his checklist include having a diversified range of investments. A written statement that explains the investment lineup’s objectives is another requirement.

Critical administration fiduciary tasks include conducting annual meetings with employees and submitting employees’ contributions and loan payments on a timely basis. Smaller plans must typically submit them within seven days, he notes, but some employers aren’t aware of the deadline. “Some employers out there that have been given old guidance on that sometimes think they have up until 30 days and that’s just not the case,” he notes.

The staff in charge of plan compliance at many small to midsized sponsors usually have other responsibilities, says Gerry Desmond, client management leader, retirement plan consulting with Arthur J. Gallagher & Co. in Princeton, New Jersey. Consequently, he adds, “there’s a greater need on their behalf to have a third party assist them in that entire process.”

Desmond also follows a formal annual review; one reason for that regularity is that retirement plans are dynamic. Firms hire new groups of employees, merge with other companies or modify their plan design. Some facets of plan operations also require regular checks, such as 401(k) discrimination testing and Form 5500 filings. “They may have a qualified default investment alternative, a QDIA,” he adds. “That needs to be prepared, that notice, and sent out as well. There’s a lot of moving parts, so to speak, in a retirement plan on an annual basis.”

Desmond has encountered several common violations when he starts working with a plan, such as failing to timely remit employees’ contributions to the fund manager and inadvertently miscalculating employees’ eligibility and plan start dates. Plan documents’ imprecise or inadequate definition of terms such as eligible compensation is another potential problem area. “Plan documents under law are required to define eligible compensation,” he said. “You need to make sure that the withholding of the contributions from the person’s salary reflects that correct definition.”

Clark also has found deficiencies in plan documents when he starts working with a new sponsor. If the sponsor can’t produce the plan document or has difficulty locating it, that’s a warning sign of a potential problem. Additionally, plan documents must be in written form and signed, he points out.

Besides helping the sponsor avoid potentially costly errors, compliance reviews are an ideal opportunity for consultants to demonstrate the value of their work. Desmond says that his firm produces a plan optimization report that compares the compliance review’s results to the plan’s documents. That report allows the client to “see exactly how we’ve been able to deliver value and be able to assist them to make sure that their plan is operating 1) correctly, and 2) it’s operating to meet their goals and objectives that they had for the program,” he says.

Clark says his firm emphasizes to clients that they are involved in multiple plan-support fiduciary activities: “We run into plans where they haven’t seen their advisor for three or four years and, so, we say that’s part of the value added, you know, the fee is the fee but what do you get for it?”