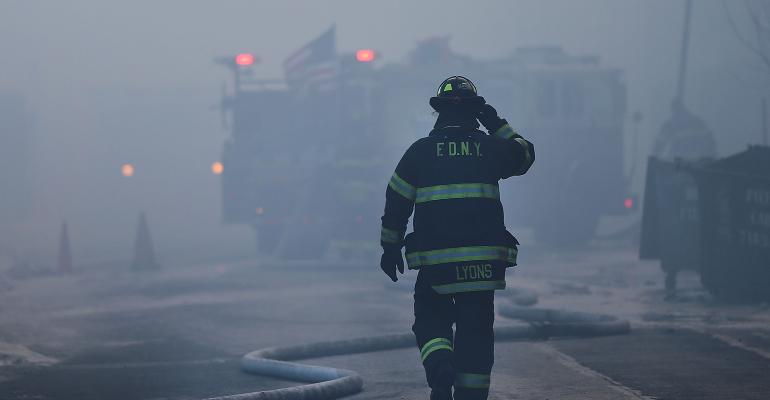 457(b) Plans Offer Tremendous Tax-Saving Benefits, Along With a Few Risks

Certain clients may want to pile as much cash as possible into these accounts.

Most of your working clients probably have an employer-sponsored 401(k) or 403(b) retirement plan, to which they should usually maximize their allowed contributions.

But some of those clients may also have access to a 457(b) plan, and depending on their plan and personal situation, they may want to pile as much cash into that one, as well.

A 457(b) plan is similar to the aforementioned 401(k) and 403(b) plans and often offered in addition to those more ubiquitous employer-sponsored plans.

But the 457(b) is available only from certain kinds of employers: state and local governments and 501(c) nonprofits (such as hospitals).

There are some important differences between the 457(b) plans offered by government and nongovernment (i.e., nonprofit), and we’ll get to those in a minute.

Both government and nongovernment employer 457(b) plans offer eligible employees the chance to make pretax contributions of up to the lesser of 100% of their earnings or (for 2020) $19,500, plus potential catch-up contributions.

But most employers who offer 457(b) plans also offer a 401(k)/403(b) plan. And the eligible employee can contribute to both plans, up to the maximum allowed for each.

In 2020 she could contribute up to $19,500 to each of the two plans, thereby reducing her taxable income by $39,000 (assuming she chooses the pretax version of each plan).

Like her 403(b) plan, any earnings on investments held within the 457(b) plan are sheltered from taxation until the money is distributed to her.

Any distributions the client takes from a pretax 457(b) are taxable as ordinary income. However, unlike IRAs, there is no 10% penalty imposed on withdrawals taken from 457(b) plans, even if the ex-client is under age 59 ½.

Both government and nongovernment 457(b) plans have a unique feature that allows certain qualifying employees to defer even more earnings into the plans.

The IRS permits 457(b) plan participants who are within three years of attaining normal retirement age (as defined by the plan documents) to contribute the lesser of twice the applicable dollar limit to the plan in a particular year or the sum of unused available deferral amounts from prior years.

Some dissimilarities between the government and nongovernment 457(b) plans: Roth versions and loans are permitted only in the 457(b) plans sponsored by government employers.

Also, government 457(b)s may be available to all eligible employees, but nongovernment employers offer the plans only to certain managers, directors and other highly compensated employees.

One of the most important distinctions between a government and a nongovernment employer-sponsored 457(b) plan is the security of the assets if the employer becomes insolvent.

The government employer 457(b) plan assets are put in a trust and protected for the employee’s benefit regardless of what happens to the employer.

But the assets within a nongovernment employer 457(b) are considered the property of the employer until the employee receives a distribution of the assets. Usually that happens upon separation of service or reaching the required minimum distribution (RMD) age, which is currently set at 72 years old.

Therefore, if the nongovernment employer is subject to, say, litigation or bankruptcy, the employee’s portion of the 457(b) plan could be attached and taken by the employer’s creditors.

It’s an unlikely event for most institutions, but it’s certainly possible. And it’s become more probable in the wake of the coronavirus health and economic crisis.

An even bigger difference?

A less dramatic but more likely contrast between the plans will arise when your clients retire from or otherwise leave the employer who sponsored the 457(b) plan.

Those clients who worked for a government employer can certainly take a distribution from the plan, and again, even those under age 59 ½ can avoid any penalties for early withdrawal—but the distribution from a pretax 457(b) will be taxed as ordinary income.

They can also roll the 457(b) plan tax-free into a corresponding IRA (or Roth IRA).

But nongovernment employees can’t roll their 457(b) plan into an IRA. Instead, they have to take a distribution from the plan, according to terms detailed in the plan documents.

That timing of the distributions could range from over a period of several years, down to one big lump upon separation from service. This, depending on the client’s timing, other income, and amount in his 457(b), could mean a giant tax bill once the distribution occurs.

There are several factors that determine whether a 457(b) plan will be more advantageous to a particular client.

Second, they should already be maximizing contributions to a traditional 401(k) or 403(b) (as should the client’s working spouse, if eligible).

Third, the closer the client is to retirement (as defined by either the normal age stated in the plan document or the client’s wishes), the better, as they may not only be able to contribute even more money than a younger employee, but they will also be able to get the money out of the plan sooner as well.

Last but certainly not least, nongovernment employees should be confident that their employer is going to be around and solvent, for at least as long as the employee is contributing to and taking distributions from the 457(b) plan.