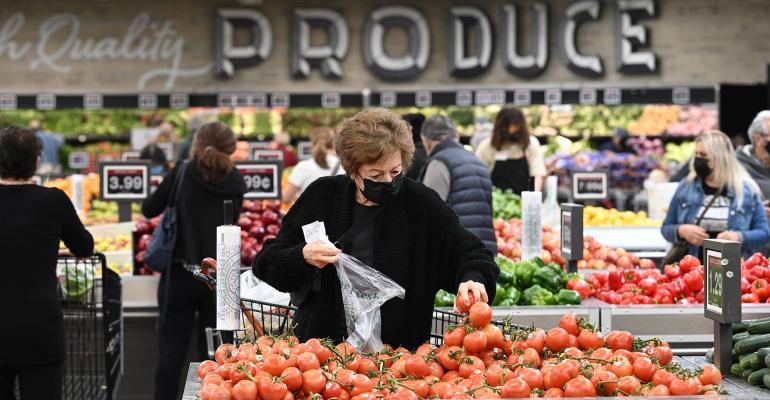 Data this week are likely to show that U.S. consumer prices rose 8% from a year earlier in April.

(Bloomberg) -- Bond markets could be in for something of a rebound after their record plummet, with investors looking for signs that U.S. inflationary pressures have touched their peak.

Global bonds have racked up a record straight nine months of losses, with April being the worst ever, according to data stretching back to 1990. But fund managers are already pointing to signs of a change in the inflation and economic growth outlook that could help boost market sentiment.

Data this week are likely to show that U.S. consumer prices rose 8% from a year earlier in April, according to Bloomberg economists including Anna Wong. That would make it likely that March’s 8.5% increase was the high for the current cycle, they wrote in a report on Friday.

“If we are seeing the peak in inflation then maybe we have also seen the peak in pricing central bank reaction functions and more aggressiveness and maybe we get more moderation in our losses” in bonds and equities, said Stefanie Holtze-Jen, APAC CIO of Deutsche Bank International Private Bank in a Bloomberg Television interview. “So light at the end of the tunnel may be this week.”

Still, with U.S. employment data for last month posting strong gains, the Federal Reserve is unlikely to drop its hawkish rhetoric for now, and that may weigh particularly on credit given risks for the economy. The slowest export growth in China since June 2020 in April highlights supply-chain disruptions from Covid lockdowns that will likely continue to put upward pressure on consumer prices.

Concerns about runaway inflation have hastened central banks into action, with the Fed hiking interest rates by 50 basis points last week and flagging more such moves in coming months. Funds with a fixed-income focus suffered their biggest outflows since April 2020 last week, according to EPFR data.

The yield on the five-year U.S. Treasury rose to 3.1% on Monday, its highest since 2008. Investors at this point are finding it hard to hide in any asset classes and risks abound including falling demand in China and spikes in energy prices.

“There’s so much downside risk and so many adverse economic conditions at the moment that are really hitting financial market sentiment,” said Katrina Ell, Senior Economist at Moody’s Analytics. “China’s zero-Covid policy is having a huge and deep economic impact. It’s really putting a cap on China’s economic recovery.”

Spreads on Asian high-grade dollar bonds widened three to five basis points earlier on Monday amid light trading with Hong Kong on a holiday, according to a trader. That puts them on track for their highest since late-March at just over 150 basis points, according to a Bloomberg index.

The Asia primary dollar bond market was quiet on Monday with Hong Kong out, though Export-Import Bank of Korea is considering a possible euro note sale.

Europe’s primary market may bounce back this week with a planned European Union NextGenerationEU deal, though sentiment remains under pressure amid a fragile market.