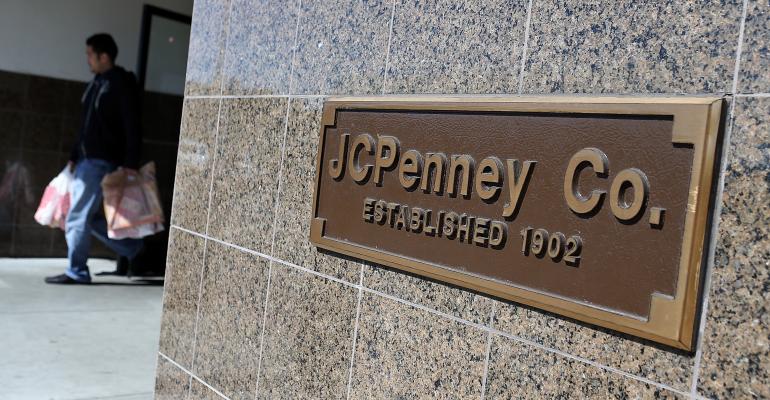 A J.C. Penney REIT Is an ‘Odd Value Proposition’ in Today’s Climate. But its Stores Could Attract a Wealthy Buyer

Given unraveling retail rents, a J.C. Penney REIT might be a tough sell in this environment. But the chain’s stores might become a goldmine for Amazon.

Walloped by sagging sales and crippling debt, retailer J.C. Penney Co. Inc. wants to offload its real estate into a publicly-traded REIT as part of its Chapter 11 bankruptcy case. Some experts say this strategy could unlock the value of J.C. Penney’s properties and help it concentrate solely on selling apparel and other goods.

But will the REIT approach help keep the struggling department store chain in business?

Some observers are optimistic, hailing the proposed REIT as a smart move and a “pretty good bet.” Critics are dubious, calling the company-owned stores an “albatross” and labeling the REIT concept an “odd value proposition.”

Focusing on the core

But J.C. Penney plans to permanently shutter 242 stores, leaving up in the air the number of properties that the proposed REIT might end up controlling. The REIT would collect rent from the “new” J.C. Penney retail business. As much as a 35 percent share of the REIT would be sold to an outside investor to generate cash or to finance operations, according to court records.

Aside from its stores, the retailer hopes to spin off its company-owned distribution centers into the REIT and rent them through partial or full sale-leaseback deals.

“Focusing on their core business—they’re a retailer, they’re not a real estate company—certainly would have been one of the strategic alternatives that management would have considered at some point, and now it looks like they’re giving it far more consideration,” says Omar Eltorai, a market analyst for New York City-based commercial real estate data platform Reonomy.

“If you have a goal of thriving, the first thing you absolutely have to do is survive,” he adds.

The real estate spinoff is a “smart way” for J.C. Penney to move forward, according to Joe Muratore, co-founder and principal of Modesto, Calif.-based Graceada Partners LLC, which invests in large value-add commercial properties.

“J.C. Penney has a bunch of legacy properties that tend to be in excellent locations at the front of malls. Faced with significant changes in retailing, they need to break the company into component parts to try to get more than what they’re worth,” Muratore says.

If J.C. Penney executives and company advisers “do their jobs well,” he adds, the REIT could be a “pretty good bet.”

“It diversifies their revenue streams and allows for new revenue in the form of rental income. It gives a fresh vehicle for capital to come in.”

Muratore cites Sears as a possible model. In 2015, Sears Holdings Corp. spun off its Sears- and Kmart-branded properties into a publicly-traded REIT, New York City-based Seritage Growth Properties Inc. In return, Sears received $2.7 billion in cash. Seritage leased back most of those properties to Sears.

Today, the Seritage portfolio comprises 180 wholly-owned properties and 28 joint-venture properties in the United States. Most of those assets are retail or mixed-used locations that aren’t occupied by Sears or Kmart.

Hoffman Estates, Ill.-based Transform Holdco LLC now operates the Sears and Kmart chains following its 2019 purchase of 425 stores from Sears Holdings for $5.2 billion. Sears Holdings filed for Chapter 11 bankruptcy protection in 2018. In the wake of the bankruptcy and the REIT spinoff, the future of Sears remains in doubt—particularly given the continuing deterioration of bricks-and-mortar retail amid the coronavirus pandemic.

Things will be tough for J.C. Penney, too, as it embarks on a turnaround featuring a potential REIT spinoff.

The J.C. Penney-owned stores —many of them anchors at class-B and class-C malls—are an “albatross” in the company’s recovery effort, but the distribution centers are valuable assets, according to

The “risky” REIT plan might be a Band-Aid that wouldn’t do much to heal J.C. Penney’s retail wounds, notes Mike Venditto, a partner at Pittsburgh-based law firm Reed Smith LLP who specializes in corporate bankruptcies and related financial matters. The company’s debt is estimated at $3.7 billion, while same-store sales in the most recent fiscal year fell 7.7 percent.

“By dividing the business in two, the debtors are betting that the real estate will have significant value,” Venditto says. “However, if the decline in retail business is an industry trend, that real estate may not be attractive to investors, particularly if it is dependent on rental income from the operating company. Meanwhile, removing those assets from the operating business may make it more vulnerable.”

Splitting J.C. Penney into a property company and an operating company will be more difficult to accomplish in an economic environment where the value of retail real estate has been depressed, Venditto notes. He warns that the road ahead for J.C. Penney is “long, winding and bumpy.”

However, J.C. Penney’s road ahead could be smoother if Seattle-based e-commerce behemoth Amazon Inc. acquires the legacy retailer, as has been speculated.

J.C. Penney’s real estate would hold more appeal for Amazon than the retail business would, notes Eric Rapkin, chair of the real estate practice at Miami-based law firm Akerman LLP. Its stores could serve as a hybrid of retail space, showroom and fulfillment center for Amazon, he says.

“You just buy the company, and it’s already turnkey. You’ve got all the stores you wanted—likely in most of the locations you wanted—and you’re in business,” Rapkin says. “Amazon could … negotiate hundreds and hundreds of leases all over the country, or they could look at a company like J.C. Penney and say, ‘Wow, they have all of this real estate in places we love.’”