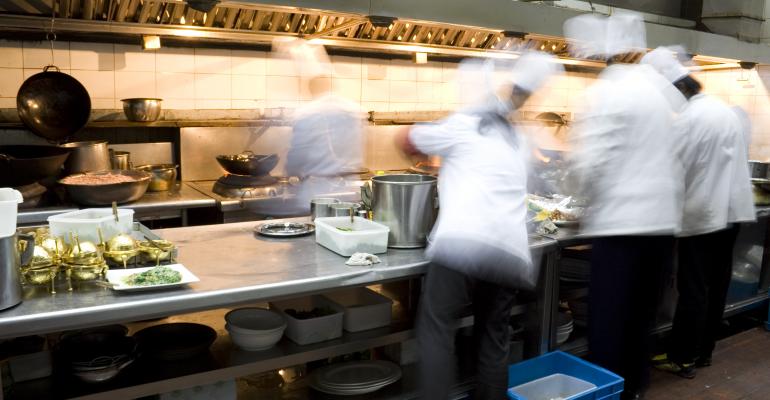 Ghost kitchens are a growing trend across the country. Even Simon Property Group is betting on them. But will they help malls?

Ghost kitchens, food preparation facilities used for delivery purposes only, are beginning to set up shop in regional malls, but industry sources are split on their value as tenants.

“I think it would be a mistake to think that [ghost kitchens] are going to move the needle very much for a mall…” says Scott Holmes, national director of retail with brokerage firm Marcus & Millichap.

Retail store closures set an all-time record in 2019 with around 9,300 closings, according to research firm Coresight Group. In 2020, the consensus is store closures and bankruptcies will continue to weigh heavy on landlords. But despite these struggles, the food and beverage sector continues to expand.

“I think there is a huge trend in food and beverage in retail right now. We’ve seen a large uptick in new restaurants and food halls,” says Holmes. “In many ways, restaurants are becoming the new anchor for retail centers of all kinds, not just malls, but open-air centers, community centers and grocery-anchored centers.”

To capitalize on this food and beverage trend and rising demand for food delivery, New York-based hotel and restaurant operator SBE Entertainment Group is partnering with regional mall owner Simon Property Group and hotel partner Accor to build a nationwide network of ghost kitchens. The goal is to open 200 ghost kitchen locations, some in malls, by the end of 2021.

“The recent surge in QSR and mobile technology and the increasing demand in the online food delivery segment has not only made ordering food quicker or easier than ever, but set the stage for the national growth of ghost kitchens,” says Anjee Solanki, national director of retail services at real estate services firm Colliers International. “Ghost kitchens remain the most popular in high-density urban settings due to a heightened demand for on-demand food delivery. We are also seeing these types of locations gradually move into the suburbs, especially near universities.”

A good rule for ghost kitchens is to be located within a 3- to 5-mile radius of their delivery destinations, according to Roaming Hunger. And they can lease fairly large spaces, ranging from about 10,000 sq. ft. to as much as 65,000 for multi-kitchen facilities, according to QSR Magazine.

As store closures and bankruptcies pile up, mall owners are trying to find ways to draw foot traffic and keep their properties full of rent-paying tenants. But ghost kitchens do not generate any foot traffic for a property. For this reason, Holmes says ghost kitchens have the potential to be used in the “problem spaces” of a mall. Every retail center, whether enclosed or open-air, usually has a space or two that’s not as well-positioned, such as being at the end of the mall or in a corner space, he notes. Those spaces are the best fits for a ghost kitchen. Still, because these businesses do not generate any foot traffic, Holmes says there are more valuable tenants out there.

“I don’t think [ghost kitchens] are particularly good tenants. They don’t generate any foot traffic, they don’t really generate excitement for the property itself.  But they could be a good way to fix an otherwise unfixable problem of space that is just not positioned well or isn’t ever going to have good visibility just due to the way it’s designed or something like that,” says Holmes.

However, “it’s better to have some revenue than no revenue in a particular spot,” says Nate Loewentheil, senior associate at Camber Creek, a venture capital firm focused on real estate tech.

“Due to the fact that these tenants do not rely on a storefront like other traditional tenants, class-A shopping centers who place great emphasis on tenant and merchandise mix may not see immediate value in ghost kitchens. The premium of parking at these properties also poses challenges,” says Solanki. “But despite these factors, what we are seeing is mall developers partnering with ghost kitchens in obsolete real estate in urban areas that are located near popular QSR restaurants.”