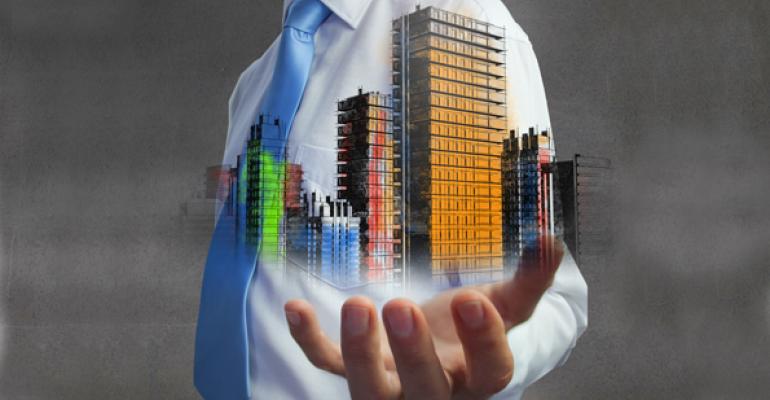 Under New Tax Law the Question Is, To Be or Not to Be a REIT?

REITs with significant development, redevelopment and other capex needs could benefit from de-REITing, some fund managers claim.

(Bloomberg)—The sturdy, reliable REIT is facing an existential choice. Should it abandon its tax-free structure to meet pressing capital needs, using the new U.S. tax law as a stepping stone? Or hang on to a status that gives it access to its very own set of investors?

In a letter to investors published this week, Third Avenue Real Estate Value Fund portfolio managers Jason Wolf and Ryan Dobratz argue that some U.S. REITs should consider converting to a regular corporation, known as a C corp, to “maximize the value for shareholders over the long term.”

To qualify as a REIT, a company must invest at least 75 percent of its assets in real estate and get 75 percent of its gross income from sources related to property, such as rent and interest. REITs, which are required to distribute at least 90 percent of their earnings as dividends, pay no federal tax at all. Converting to a C corp would mean paying the new corporate tax rate of 21 percent (likely to be substantially lower with deductions).

Because of their dividend payments, though, REITs are often forced to sell assets or turn to sometimes volatile capital markets to finance expansion and meet other needs. As regular corporations, they could instead retain their earnings for capital expenditures. They could also use any extra cash to buy back stock. That’s a tricky business for some REITs, which can trade at a discount to their net asset value due to rising interest rates and other factors.

Now, with the sharp decline in the corporate tax rate from 35 percent, the transition would be less jarring than before.

“REITs that are trading at a discount may not be interested in raising capital at their current levels, so it’s certainly possible that they explore models that enable them to retain earnings,” said David Bonser, a partner at the Hogan Lovells US LLP law firm who has advised REITs for more than two decades. “Still, it’s a heck of a cliff to jump off.”

Most will stay as they are. But “certain REITs with significant development, redevelopment and other capex needs could undoubtedly benefit from de-REITing,” Wolf and Dobratz write. They say logical candidates for conversion include mall REITs, such as Seritage Growth Properties and Macerich Co., which need cash to transform space into more-profitable “mixed used” concepts that include fitness, entertaining and dining options. They also cite office REITs with large capex programs to refurbish properties as tenants demand “live-work-play” environments, such as Vornado Realty Trust and JBG Smith Properties.

A conversion by Seritage “seems like a no-brainer to us,” Dobratz said in an interview. “We think the company would be in a better spot in five years if they made a decision to retain the capital, reinvest in the business and accelerate the pace of putting their legacy Sears and Kmart boxes to a higher and better use.”

Newcastle Investment Corp., now known as Drive Shack Inc., chose to pivot from simple real estate ownership and was forced to convert to a regular corporation. Quality Care Properties Inc. is following suit. So far, few if any companies that still qualify as REITs have made the leap.

Conversion has generally gone in the other direction, with corporations flocking to the REIT structure. The trend has tapered off in recent years as the Internal Revenue Service has cracked down on spinoffs. That didn’t stop Alexander & Baldwin Inc., which focuses on Hawaiian properties, from becoming a REIT last year. The change in tax status spurred a one-time special dividend to shareholders totaling $783 million.

Even in the wake of the new tax law, REITs tempted to become ordinary corporations may be wary that the tax rate could change again. Still, a company that converts can go back to the REIT structure after five years. In fact, Third Avenue said, once sufficient investments have been made and assets put to new purposes, that may be the best course.

Another concern is the stock-price decline that would probably follow a company’s removal from REIT indexes and the universe of dedicated REIT investors. Third Avenue argues that any short-term declines are likely to be countered by substantial long-term gains if the conversion makes sense for the company.

Wolf and Dobratz admit their proposal is “no doubt a contrarian idea” but say it sometimes takes a bold move to generate outsize returns.