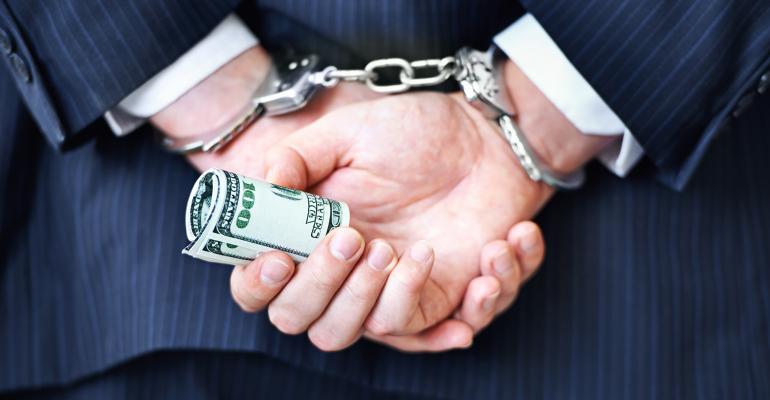 Hollis Greenlaw, CEO of United Development Funding, and three other executives were charged with securities fraud.

(Bloomberg)—Four managers of a Dallas-area real estate investment trust were charged by federal prosecutors with conspiring to defraud banks and improperly using investor money to plug cash shortfalls, according to an indictment filed in federal court in Texas.

Hollis Greenlaw, chief executive officer of United Development Funding, or UDF, and three other executives were charged with securities fraud and conspiracy to commit wire fraud affecting a financial institution. The alleged scheme ran from 2011 until the end of 2015, according to an indictment made public Monday.

Prosecutors claim the four conspired to conceal the true performance of the fund’s business and its financial condition to encourage investment and enrich themselves. Greenlaw and other UDF managers sought to defraud investors and obtain money from banks by failing to disclose that shareholder funds were being used to repay developer loans and issue distributions to earlier investors, according to the indictment.

In a statement, Greenlaw’s lawyer Paul Pelletier called the charges baseless and said his client and the other defendants would be vindicated. Greenlaw and the others are expected to appear in federal court in Fort Worth, Texas Tuesday afternoon.

The Securities and Exchange Commission sued Grapevine, Texas-based UDF over similar allegations in July 2018. UDF agreed to pay about $8.2 million to resolve the claims without admitting or denying wrongdoing.

Greenlaw and UDF are separately involved in litigation against Kyle Bass’s Hayman Capital Management, alleging that a 2015 short campaign accusing UDF of being a billion-dollar “Ponzi-like scheme” harmed its business operations. Bass has called the lawsuit harassment and has told Bloomberg News he spared potential investors from plowing money into a corrupt company.