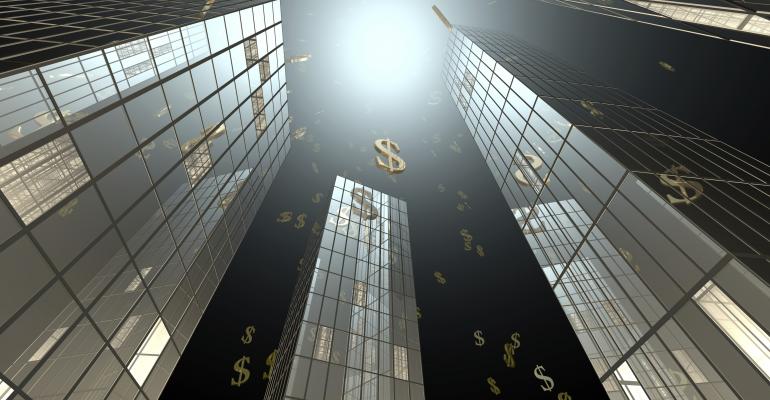 Even as publicly-traded equity REITs struggled to shake off negative returns amid stock market volatility, their non-listed peers pulled off a year of both positive performance and strong fundraising.

Non-listed REITs appear to be regaining fundraising momentum as investors look to increase allocations to alternative assets. According to data from Robert A. Stanger, non-listed REITs raised $4.6 billion in 2018. Although that still pales in comparison to the market peak in 2013 when fundraising for the sector reached nearly $20 billion, it is a notable return to a positive trajectory with a year-over-year increase of 9.5 percent.

Several factors are fueling the rise in capital inflows. Chief among them are an evolution in the industry that has resulted in new product structures, new FINRA 1502 regulations that have created added transparency and the repeal of a potentially disruptive Department of Labor rule that was weighing on the market. In addition, the entrance of institutional players such as Blackstone and Starwood has brought more attention—and capital—to the sector. “All of that continues to push a tailwind to the industry,” says Anthony Chereso, president and CEO of the Institute for Portfolio Alternatives (IPA).

Another component that is critical to that fundraising growth is performance, adds Chereso. The Stanger NAV REIT Total Return Index showed 2018 returns of 7.35 percent, which trounced the negative annual returns posted by other indexes, including the S&P 500, Dow Jones Industrial and Nareit Equity REIT Index. “We have a really good story to tell, especially compared to our publicly traded counterparts,” he says.

Griffin Capital Securities is one sponsor that has seen a similar increase in year-over-year inflows of capital across its various investment strategies at about 10 percent. Last year, Griffin raised $1.6 billion in capital across several real estate investment structures, including three non-listed REITs and two interval funds among other products.

“I think the increase is driven by structural changes in our offerings and the positive response from investors,” says Mark Goldberg, CEO of Griffin Capital Securities. The number of financial advisors who are using non-listed products to gain exposure to real estate is also on the rise. “There is a strong desire to combine direct ownership of real estate with ownership of traded REITs,” adds Goldberg.

Blackstone gives the sector a lift

Blackstone has been dominating fundraising since entering the space two years ago. It grabbed $2.9 billion in new capital or 62.7 percent of market share in 2018, according to Stanger. In addition to raising awareness, Blackstone was a key first mover in opening the wirehouses (full-service broker-dealer firms, such as Morgan Stanley) as a new distribution channel. As a result, even some of the pioneers in introducing the NAV product, such as the Black Creek Group and JLL Income Property Trust, are seeing additional wind in their sails, notes Chereso.

Black Creek came in a very distant second to Blackstone, capturing 8.2 percent of fundraising in 2018 at $374.3 million, according to Stanger. “We were really pleased with a lot of the growth and achievement that we experienced last year, and we have every expectation that we can be amongst the top two or three firms raising capital and providing quality investment solutions,” says Raj Dhanda, CEO at Black Creek Group.

Dhanda credits fundraising growth with rising investor appetite for real assets, particularly late in the cycle, and a move away from publicly-traded stocks to private securities as yields have declined. The non-listed REIT sector is also benefitting from growing demand for income investments for retirement accounts from both institutions and individual investors, he adds.

Another shift within the non-listed REIT sector is more capital flowing daily into NAV REITs, with fundraising that reached $3.6 billion in 2018 versus $1.0 billion for traditional lifecycle REITs, according to Stanger. NAV REITs have shifted to the vehicle of choice, but that doesn’t mean that lifecycle REITs are going the way of the dinosaur. “We will still [see] lifecycle REITs in the market, and we will still see a number of them come into the market, but they will be fewer and farther between,” says Chereso.

The fundamental difference between the two structures is that NAV REITs are intended as an open-ended perpetual life vehicle. The original intent behind lifecycle REITs was to build a portfolio of assets, typically with a five- to seve-year hold, and then exit with a sale or private-to-public play. That strategy was incredibly successful from 2011 to 2015 with a number of examples of excellent executions where lifecycle REITs were able to achieve attractive premiums on the exit, notes Goldberg.

However, financial advisors are not responding as aggressively to those lifecycle investment vehicles today, because they don’t see the same opportunity for private to public execution, adds Goldberg. The publicly-traded REIT market often drives the exit strategies for those lifecycle REITS, and overall publicly-traded REITs have not been trading at a premium. In fact, many are trading below net asset values. NAV REITs also offer the added advantage of real estate exposure and performance with daily price transparency based on appraised value.

New NAV products have been recently introduced by Starwood, Nuveen and Oaktree, while both Griffin and Hines have recently converted lifecycle REITs to a more modern NAV structure to improve liquidity, transparency and attract more capital. For example, Griffin’s Essential Asset REIT II announced in December 2018 that it entered into a definitive agreement to merge with Griffin’s initial Essential Asset REIT, a newly self-managed REIT with over $3.2 billion in assets. The transaction, expected to close in the first half of 2019, will make Essential Asset REIT II a self-administered daily NAV REIT.

The conversions also reflect the ongoing evolution within the non-listed REIT sector that is now more competitive with better informed, more discriminating investors. Goldberg anticipates robust fundraising for non-listed REITs over the next several years for those managers who are focused on core principles, such as lower cost, alignment of interests and effective management. “Those who want to manage to the past with less transparency, higher costs, and less responsiveness to investor needs will face a fair amount of headwinds,” he says.