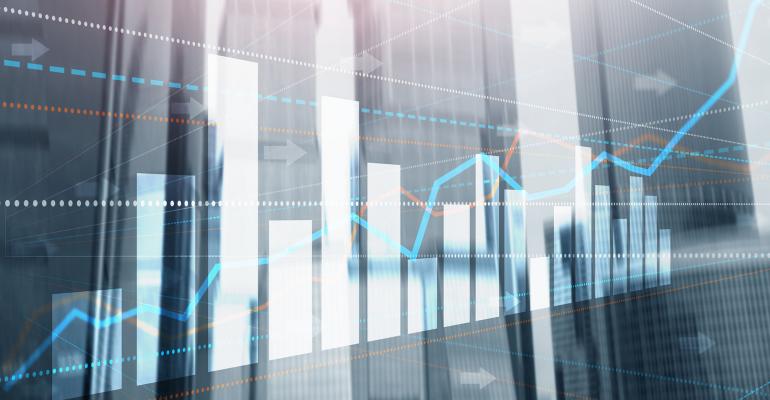 Are Investors Ready to Shop for REIT Bargains?

Some investors and analysts believe that the publicly-traded REIT sector could outperform the broader stock market in the near term.

Publicly-traded REITs have been battered along with the broader stock market in recent weeks. Despite continued volatility on Wall Street, investors and analysts are eying buying opportunities emerging in some sectors.

Volatility on Wall Street is translating to some painful realities for REIT investors. After generating returns of nearly 40 percent in 2021, year-to-date total returns for the FTSE Nareit All REITs Index were hovering around -19 percent at the end of June. Those declines are on par with the S&P 500, better than the nearly 30 percent decline for the Nasdaq and worse than the -15 percent return for the DJIA.

“Following a phenomenal year last year, we’re giving a lot of the returns back. That is totally understandable within the bigger picture of what’s happening with central banks, interest rates and inflation broadly impacting markets across the board,” says Iman Brivanlou, PhD., head of the Income Equities group and lead portfolio manager for the High Dividend, REIT, BDC, Preferred, and Low Volatility strategies at TCW, a global asset management firm.

Although year-to-date returns for all property sectors are negative, there is a wide gap between those that are outperforming and underperforming. Regional malls posted the biggest negative returns of -38 percent as of June 29th, followed by office at -27 percent and industrial at -26 percent. Those that have fared better with total returns that have declined less than 10 percent, include freestanding retail, healthcare, specialty and diversified REITs.

Some investors and analysts believe that the REIT sector could outperform the broader market in the near term. One reason for that is that public REITs bore the brunt of the pain early, and investors are likely going to look to REITs as an inflation hedge.

According to a recent Green Street REIT analysis, REITs over the past 25 years have delivered positive, but lackluster returns following periods of rising rates. However, when inflation expectations have been elevated, REITs have performed well with returns that are typically higher than normal and better than equities in general. “It’s our view that REITs have gotten ahead of any future declines on the private market side that we may see,” says Michael Knott, managing director and head of U.S. REIT Research at Green Street.

In addition, the fundamental outlook for many property sectors in real estate is still fairly good. So, even if there is a growth slowdown or mild recession, many of the property types are likely to continue to post relatively good operating results, notes Knott. “The public market has priced in higher rates and has priced in a slight deterioration in the economic picture,” he says. “So, we don’t see a ton of downside risk from here unless you get something worse than a very mild recession or a sustained increase in inflation or sustained increase in bond yields.”

The volatility in the REIT sector, and in the broader equity and bond markets, has been due to the Fed’s attempts to tame inflation by raising interest rates, as well as increased expectations among economists of a looming recession.

For investors and dedicated REIT managers, the focus is on where to find attractive relative opportunities in the current climate. The current climate has not created significant portfolio change for Principal Global Investors. “We have been fairly consistently positioned for some time towards areas of the real estate market that we believe offer resiliency in this market environment,” says Kellenberger. The firm is looking at sectors that have structurally driven demand that is less economically sensitive and superior pricing power. Some examples of sectors Kellenberger likes in the current market are manufactured housing, single-family rentals, cell towers and life sciences.

One of the interesting aspects of recent performance is that industrial has shifted from the darling of the industry to one of the hardest-hit sectors. In late April, Amazon said that it had too much warehouse space and was planning to curtail growth and shed surplus space in some markets. That announcement was the catalyst for a sharp sell-off in industrial REITs. The decline in values has made industrial REITs more appealing to TCW. In addition, TCW also likes cell towers and data centers for many of the same reasons–good long-term demand trends and valuations that are now more attractive in the wake of pricing corrections.

“Where we are really cautious is in sectors like office,” says Brivanlou. “We think we are still early innings in what could be significant headwinds for the sector.” For example, TCW is moving its offices in downtown Los Angeles from one building to another and reducing its footprint by about 25 percent. Although that is one anecdote, Brivanlou expects that to be the broader market trend that likely will continue to play out over the next decade that creates excess inventory and diminishes pricing power for office owners.

Public vs private debate heats up

The sell-off in public REITs and real estate ETFs is stoking the long-simmering debate on whether it is better to invest in public versus private real estate vehicles. In contrast to public REIT market challenges, non-traded REITs have been an outlier in continuing to see record inflows of capital. Non-traded REITs have traditionally touted the advantage of portfolio stability because investments are not as directly correlated to stocks and real estate assets are not marked to market on a regular basis.

“After a period of volatility, it wouldn’t shock me if some of those vehicles did raise a bit more money, but we continue to believe that the listed market provides the best avenue for real estate exposure both from a cost and alignment of interests standpoint,” says Knott.

The dislocation between the public and private market also is important to watch right now because public REITs are trading at a significant discount, adds Kellenberger. Many U.S. REITs are now trading at a significant discount relative to estimated NAVs. “We believe very strongly here at Principal that there is, on a relative basis, an attractive opportunity for public REITs over private real estate, because of that big valuation discount,” he says. Public REITs have already corrected for higher rates and a potential recession. According to Kellenberger, if the market recognizes the valuation gap, it should lend itself to more capital flows to public REITs.

Industry research is often mixed on whether public REITs outperform private equity real estate funds and non-traded REITs. TCW’s market analysis shows that public REITs, on average, tend to outperform, whereas those private real estate funds that can systematically outperform public markets are rare. “So, from a performance standpoint alone the argument is weighing towards public markets,” says Brivanlou. Adding to that, investors’ first instinct during periods of high volatility is to seek liquidity. The liquidity premium that public REITs offer also tends to favor investment in those vehicles, he says.