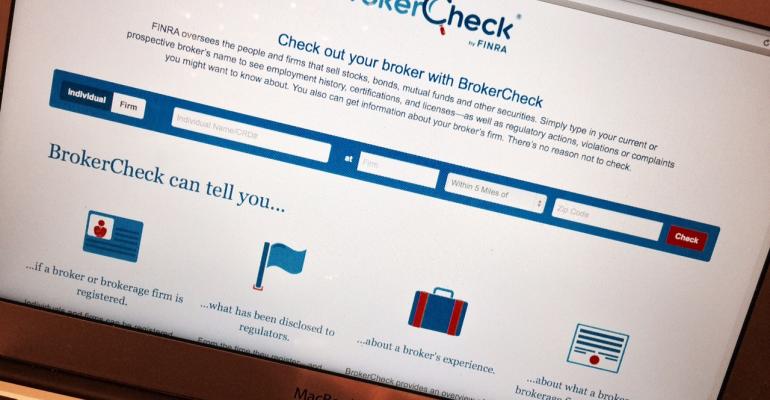 A recent Stanford Law School analysis reveals how easy it is for brokers to leave troubled pasts in the past. In a recent interview with Kiplinger.com, Assistant Professor at Stanford Law Colleen Honigsberg said the Financial Industry Regulatory Authority granted 70 percent of broker expungement requests on its BrokerCheck website from 2007 to 2016.

“FINRA’s website says expunging records is an ‘extraordinary remedy,’ so I was shocked that the success rate was so high,” Honigsberg told Kiplinger’s.

And whether an expungement is approved often depends on the arbitrator. The review found that certain arbitrators approved all expungements, while others granted none.

“And there’s no way for investors to find out through BrokerCheck if a broker had a record expunged or had tried and failed to expunge an infraction,” she said. “That’s important because brokers who were denied expungement had high rates of repeat infractions—almost five times higher than average.”

Despite the findings, Honigsberg still recommends investors use BrokerCheck. It’s where investors can find certain actions that can’t be expunged, as well as whether a broker has a pattern of misconduct.

But FINRA has taken action to make it harder to get records expunged. Just last month, FINRA approved proposed amendments to its arbitration procedure for customer and industry disputes, which improves training and guidance for arbitrators who decide whether to approve expungements.