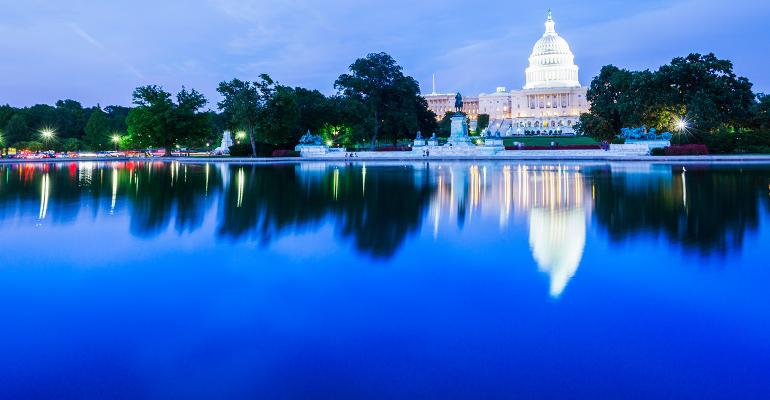 Small Advisory Firms May Have Received $678 Million in PPP Loans

The names and addresses of loan recipients under $150,000 were not disclosed, but it may point to the amount of assistance that went to help smaller firms with lower profits and fewer employees.

Nearly 21,500 businesses that were classified as being in the investment advice space received approximately $678 million in Paycheck Protection Program (PPP) loans under $150,000 to help retain employees during the COVID-19 pandemic, according to data released by the Treasury Department earlier this week.

Much of the news coverage has centered on large businesses (including large RIA firms) that were recipients of PPP loans. Even prior to this week’s data release, large firms with a significant amount of assets under management (AUM) that disclosed they’d received a loan faced some criticism as to whether RIA firms, particularly those of their size, should be pursuing such funds in the first place, in contrast with other industries (though many found these critiques misguided).

But the majority of SEC-registered investment advisors are small businesses, according to a 2019 report from Investment Adviser Association and National Regulatory Services. The report showed that 56.9% of firms had 10 or fewer nonclerical employees, with 87.5% reporting they employed 50 or fewer nonclerical workers. This is not counting the more than 17,500 investment advisors with $100 million or less in AUM that are regulated by state securities regulators, according to a 2020 report by the North American Securities Administrators Association.

According to MarketCounsel CEO Brian Hamburger, the preponderance of small firms is a reminder that the PPP loan program could be extremely beneficial to an industry largely populated by small businesses.

“Because wealth managers by their name and definition work with wealthy individuals, I think people often assume they are universally wealthy,” he said. “I reject the arguments made by a very loud minority of folks out there who suggest that wealth management firms shouldn’t have been eligible for PPP loans.”

While CNBC reported that 87% of the loans were for less than $150,000, nearly 75% of the total dollar amount went to businesses with loans that were higher (and were thus named in the data), according to NPR. But $150,000 or less can still go a long way, Hamburger said.

“For some firms that have two, three or four employees, that’s a big deal,” he said.

WealthManagement.com constructed a full list of unnamed companies from the 50 states, District of Columbia, Guam, Puerto Rico, the U.S. Virgin Islands and the Northern Mariana Islands that were labeled as being in the “investment advice” category, according to their six-digit North American Industry Classification System (NAICS) code.

Some significant caveats apply. It is likely that this list includes companies that should not be considered investment advisors and does not include investment advisory firms with improperly labeled NAICS codes. This was also an issue with the higher loan amounts, but the $150,000-plus loans included names of businesses, which enabled us to investigate (and excise) obvious errors; for smaller loans, the lack of names makes that impossible to do. Nevertheless, the data as given offers a partial picture of the number of investment advice businesses that received loans, as well as how much those businesses received.

The state with the most loan recipients was California, with 2,459 businesses, followed by Florida with 1,616 recipients. New York and Texas followed, at 1,387 and 1,385 loans, respectively. Barring Guam, the U.S. Virgin Islands and the Northern Mariana Islands, which had recipient totals in the single digits, the District of Columbia had the fewest number of companies, at 19. Washington, D.C., was followed by Alaska and Wyoming (28), Puerto Rico (35) and Vermont (42).

The PPP loans were originally included in the CARES Act, which Congress passed in late March, and new applications are currently still being accepted. Originally, the program was set to expire last week, but there is still approximately $130 billion in allocated funds that are unused. Therefore, the Small Business Association will be accepting applications through Aug. 8.