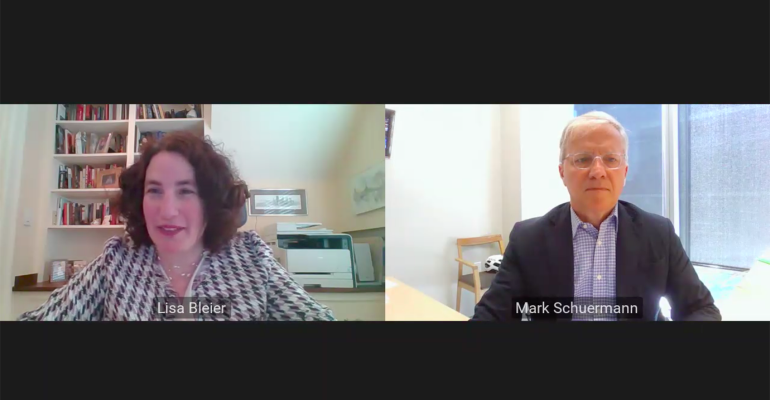 Speakers during the closing session of the group's Private Client Virtual Conference this week also detailed the legislative prospects for the PRO Act, which could limit IBDs' contractor status.

Though the Department of Labor has maintained there could be further changes to the Trump-era fiduciary rule that went into effect in February, they likely won't be substantive, according to a regulatory expert with the Securities Industry and Financial Markets Association (SIFMA).

“There will be tweaks on the edges of this, as well as, we anticipate, changes to other exemptions out there,” Bleier said. “But overall the heart of it is there, so firms are working towards compliance.”

The rule, “Improving Investment Advice for Workers and Retirees," underwent a long process towards implementation: The Obama administration’s Labor Department released its own version of a rule expanding ERISA’s fiduciary status which prohibited conflicted compensation for retirement plan advisors' investment recommendations, but that was struck down by a federal appeals court in 2018. Under Trump, the DOL released its own proposed rule last summer before releasing a final version in the waning weeks of his administration. That rule carves out exemptions for transactions that would otherwise be prohibited because of business conflicts—"prohibited transaction exemptions."

The Trump-era rule allows fiduciaries to receive compensation from third-parties in connection with recommending certain investments in retirement plans and IRAs, provided they adhere to a set of “impartial conduct standards” aligned with the SEC’s Regulation Best Interest rule.

The Biden administration allowed the rule to go into effect as scheduled on Feb. 16, though at the time Ali Khawar, the deputy assistant secretary of labor for the Employee Benefits Security Administration (EBSA), clarified that there would be more guidance and perhaps changes to the rule forthcoming. Bleier said the DOL had issued a set of Frequently Asked Questions for advisors and investors, and reminded advisors that the enforcement policy in place since the Obama rule was vacated—and therefore the window to use the prohibited transaction exemptions under the rules as written—remains in place until late December.

“I know we’ve spent way too many years on this, and hopefully we’re finally coming to the conclusion,” she said.

While many investor advocates opposed the rule’s adoption, some, including Barbara Roper, the Consumer Federation of America’s Director of Investor Protection, noted it was “better than nothing in the short term,” and said that the rule’s alignment with Reg BI could enable new leaders at the Department to “interpret and enforce requirements” in a different way.

Schuerman also detailed the legislative prospects of the PRO Act, which passed the House of Representatives in March; President Biden later urged the Senate to pass it. The bill could impact the independent contractor status for advisors’ affiliated IBDs, as well as in insurance companies. He said the group was continuing to advocating with senators, detailing their concerns about the rule, and also suggested the rule may not be able to be passed in the Senate through reconciliation (which only requires a 51-vote majority as opposed to a filibuster-proof 60 votes).

“It continues to be of significant concern and it was highlighted as a priority in the Biden jobs plan,” he said. “So, we’re watching very closely to see if the biden administration’s fiscal 2022 budget would include the PRO Act in it.”

Earlier this month, the DOL withdrew a Trump administration rule that industry advocates like the Financial Services Institute argued would help solidify brokers’ independent contractor status. But DOL Secretary Marty Walsh argued that removing the rule could help stop the “erosion of worker protections” (critics argued the rule would make it more difficult for gig and contractor to argue they should receive minimum wage earnings and overtime protections, according to The Washington Post).