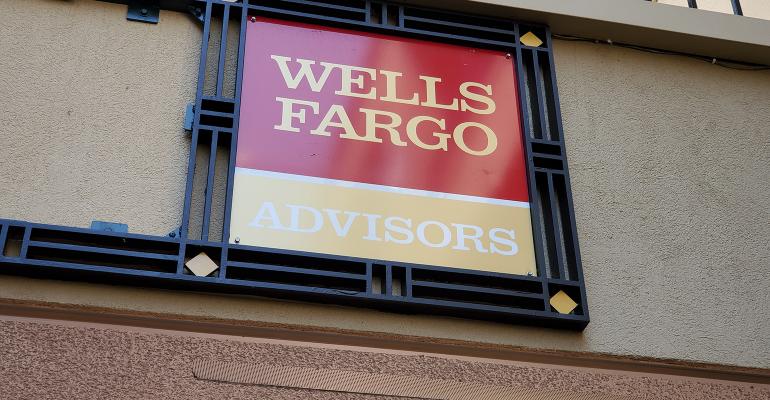 According to the SEC order, the firm failed to file at least 34 suspicious activity reports in a timely manner between April 2017 and October 2021. The charges and accompanying fine sent a message to other registrants that “AML obligations are sacrosanct,” according to SEC Enforcement Division Director Gurbir S. Grewal.

“When SEC registrants like Wells Fargo Advisors fail to comply with their AML obligations, they put the investing public at risk because they deprive regulators of timely information about possible money laundering, terrorist financing, or other illegal money movements,” he said.

To monitor brokerage transactions for suspicious activity, Wells Fargo’s AML transaction monitoring system catalogued international wire transfer activity. Prior to 2019, the firm’s AML system would do so by cross-referencing country codes from the National Geospatial-Intelligence Agency and the International Organization for Standardization.

But beginning in January 2019, Wells Fargo switched to a new version of its AML system. Unbeknownst to the firm at the time, the new system failed at properly cross-referencing these codes for 58 of the 160 high-risk and moderate-risk countries in which Wells Fargo facilitated transactions. This meant the system couldn’t produce alerts for transfers involving those nations.

According to the SEC, the firm failed to test the new system for such an error, and didn’t conduct post-implementation assessments. Between January 2019 and August 2019, the system failed to produce alerts for about 1,708 wire transfers from 20 high-risk and 18 moderate-risk countries, the order stated.

In September of that year, examiners from the Financial Industry Regulatory Authority conducted an annual sales practice exam of Wells Fargo and uncovered the error. Wells Fargo began working to fix it in October while examiners tried to determine whether Wells Fargo would have been required to submit any SARs because of the missed alerts.

An internal Wells Fargo investigation led the firm to file at least 25 late SARs, with dollar values on the suspicious activity ranging from $29,980 to $2.5 million. Several of these late reports related to potential money laundering and movements between multiple accounts with “no business or apparent lawful purpose,” according to the SEC order.

Later that year, the firm uncovered an additional unrelated error with its AML system, finding that from April 2017 through May 2019, wire transfer data was not entered and processed into the system in certain instances, including on days in which there was a bank holiday but not a brokerage holiday. In total, there were about 658 alerts that were not generated, with the underlying transactions ranging from $10,480 to $6.2 million, according to the commission.

“This matter refers to legacy issues that impacted a transaction monitoring system and the issues were resolved promptly upon discovery,” the spokesperson said.

In addition to reviewing their AML system once FINRA raised the discrepancy over wire transfers that were not flagged, Wells Fargo retained a third-party consulting firm to review their transaction monitoring systems and procedures and provided the firm’s report to the SEC, according to the order. In addition to the $7 million civil penalty, Wells Fargo agreed to a censure, as well as a cease and desist without admitting or denying the findings of the report.

In 2017, the SEC settled similar charges with Wells Fargo Advisors for failing to file at least 50 SARs between March 2012 and June 2013 that related to “continuing suspicious activity” in accounts at the firm’s U.S. branch offices that focused on international clients. In addition to a cease and desist and censure, the SEC levied a $3.5 million civil penalty against Wells Fargo.