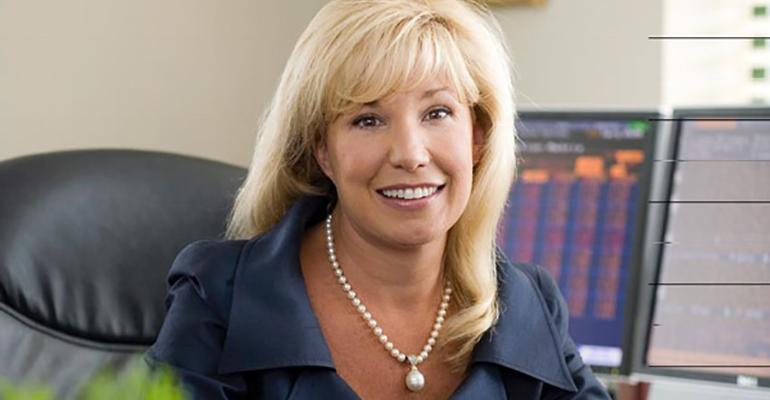 'My career in the industry has been effectively ruined,' said Ami Forte, accused of churning the accounts of Roy Speer, co-founder of the Home Shopping Network.

The Financial Industry Regulatory Authority has settled with and barred former Morgan Stanley brokers Ami Forte and Charles Lawrence in Florida for allegedly churning the accounts of Roy Speer, co-founder of the Home Shopping Network. The two made more than $9 million in commissions in less than one year, the regulator says.

FINRA also claims Forte was having a romantic relationship with Speer, the 79-year-old client, who had severe cognitive impairment.

In a statement, Forte said the only remaining charge against her is related to trading activity overseen by other Morgan Stanley employees. She would not admit any wrongdoing in connection with the remaining charge.

“FINRA will not be pursuing any claims against me for monetary fines or any form of restitution,” she said. “In exchange, I have agreed with FINRA that I will no longer seek employment in the brokerage industry, an industry to which I devoted most of my adult life. However, in light of my wrongful termination by Morgan Stanley, which is still being litigated, my career in the industry has been effectively ruined. That, coupled with the fact that this is occurring in the latter stage of my career, meant there was little prospect of my being able to re-enter the industry anytime in the foreseeable future.”

In 2016, a FINRA arbitration panel ordered the wirehouse to pay more than $34.4 million to Speer’s estate.

Morgan Stanley spokeswoman Christine Jockle said the firm had nothing to add beyond a statement made in 2016 on the matter: “Ms. Forte's claims overlook the fact that she was already adjudicated as jointly liable for the award based on her conduct. Despite this, Ms. Forte has failed to contribute anything to the amount awarded, and has also failed to repay substantial sums loaned to her in connection with her employment. We categorically reject her claims against Morgan Stanley and look forward to addressing all these issues at a hearing on the merits.”

FINRA claims Forte’s team made 2,800 trades in Speer’s accounts between September 2011 and June 2012, over half of which were short-term trading in long-maturity bonds, including municipal bonds. Speer was hospitalized on June 20, 2012, and even though he was not in contact with Forte’s team, over $14 million in transactions occurred during the first nine days he was in the hospital. He passed away in August 2012.